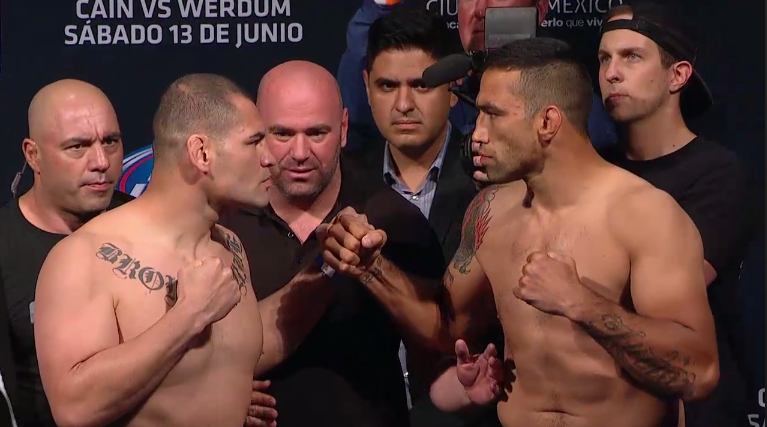 The long-anticipated rematch between Fabricio Werdum and Cain Velasquez at UFC 207 in Las Vegas closes out 2016 with what has now become a can’t-miss card, one that also features the return of Ronda Rousey.

Both Velasquez and Werdum are former UFC heavyweight champions. Werdum took the belt from Velasquez in their clash at UFC 188 in Mexico City in 2015, and subsequently dropped the title to current king Stipe Miocic.

Now Werdum and Velasquez will revisit a fight that was surprisingly one-sided. “Vai Cavalo” dominated Velasquez in the previous meeting, capitalizing on his inability to deal with the altitude in Mexico City, which sits at 7,382 feet above sea level.

How significant were the elements? Velasquez’s performance was so uncharacteristic – he is known for his unbelievable cardio – that a fan created a Twitter handle named “Sea Level Cain” and it currently has over 200 followers.
RELATED: Hear what they said after last victories - Werdum at UFC 203 | Velasquez at UFC 200 | Current UFC 207 fight card

Velasquez returned at UFC 200 and demolished Travis Browne with a signature Velasquez performance: an all-out blitzing attack that led to a first-round TKO finish. That was the same Velasquez who took out Brock Lesnar and beat Junior Dos Santos two straight times.

The Mexican-American powerhouse holds a share of the record for most title defenses by a heavyweight in the UFC with two. Werdum, who was being praised as arguably the greatest heavyweight of all time after beating Velasquez, was unable to defend his title even once. That is a great indicator as to how hard it is to stay at the top of the division.

In the first battle between Werdum and Velasquez, the Brazilian used his jab to perfection. Velasquez likes to get inside on his opponents with his quickness, head movement and crisp technique. It helps that he can also keep a pace that few can match. Watching the fight again, it’s hard to believe Velasquez made it through the second round because he took so much punishment through 10 minutes.

Heading into that fight, Werdum said he expected the altitude to be a problem for Velasquez, who chose not to go out to Mexico City early to get used to working in the elements. Werdum held his entire two-month training camp there just to make sure he could keep a fast pace.

As the fight progressed, Velasquez’s head movement seemed to slow down and his aggressive style got him into trouble. Werdum displayed his extremely improved striking, landing jabs, upper cuts, hooks and even knees from the clinch at will. He landed 96 significant strikes.

The rematch will likely be a completely different fight. Velasquez returned to form against Browne at UFC 200 in Las Vegas, at a more manageable elevation. He has made a commitment to training smarter so he doesn’t risk injury before his fights, and that could be a game changer. 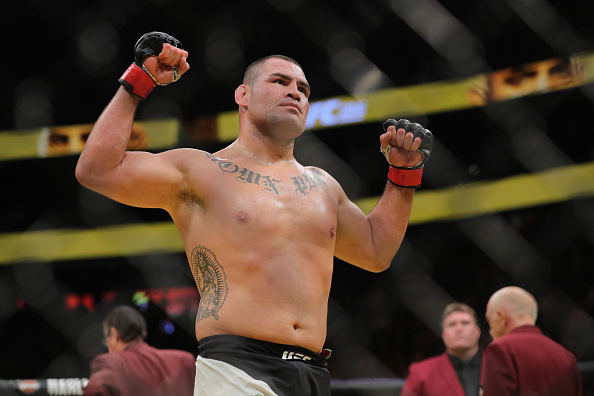 Werdum is coming off a bounce back win of his own against Browne at UFC 203 after losing to the Miocic at UFC 198 in Brazil. He was aggressive in his own right against the new champ and walked into a KO punch.

Werdum is the most deadly heavyweight Brazilian Jiu Jitsu practitioner in the history of the heavyweight division. He submitted Velasquez in their first fight and if the fight goes to the ground, he’ll be the heavy favorite. On the feet, Werdum was cautious against Browne but his spectacular striking against Velasquez last time around should provide tremendous confidence going into the rematch.

The winner of this fight will likely be the next man in line for Miocic, who will attempt to tie the record for title defenses in his next outing after beating Alistair Overeem at UFC 203.

The heavyweight division is currently heating up, and it will be on fire at UFC 207.