Since the first women's UFC fight in 2013, the sport has grown exponentially in the following years. From expanding to multiple divisions to seeing records broken set and broken, women have created some of the most memorable moments inside the Octagon. UFC.com asked a handful of the athletes how they've seen the sport grow from their perspective as well as what kind of impact that growth and evolution has had. 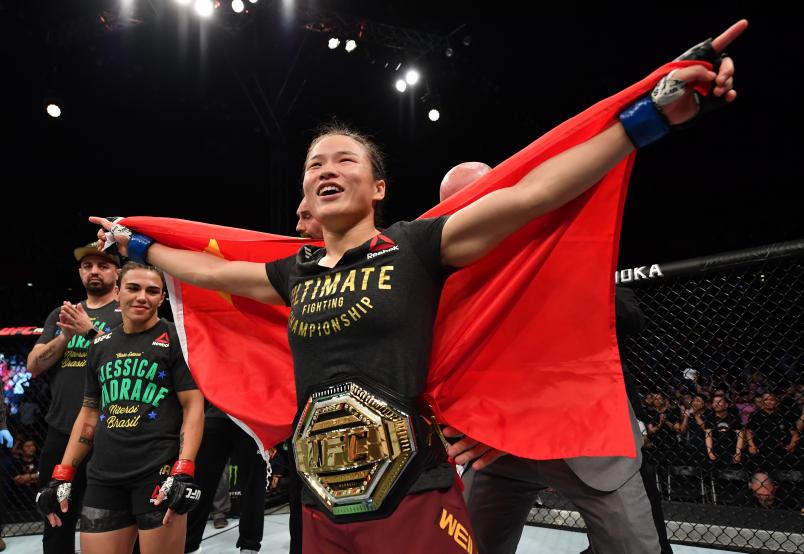 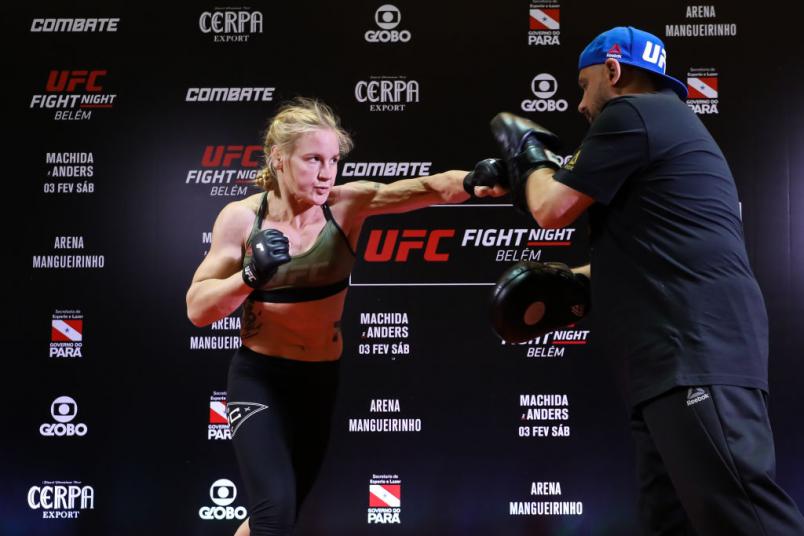 “When women started in the UFC, it was only one weight division, and it was one women’s fight every couple of cards, and now, there’s at least two women’s fights on every card, which is insane because there’s so many UFC fights. It’s just evolved. We went from one division to now having, basically, four divisions. I don’t think anyone thinks of the women’s fights differently than the men’s. It’s just sprinkled in there. No one is like, ‘Oh, there’s one women’s fight on the card.’ It’s just changed so much that, I think it’s so normal, if you’re a fan of MMA and UFC, seeing women fight is not really – before, it stuck out so much – and now, it’s just normal like any other fight, which I think is pretty cool because I don’t know of any other sports that have been around way longer than MMA can really say that.” 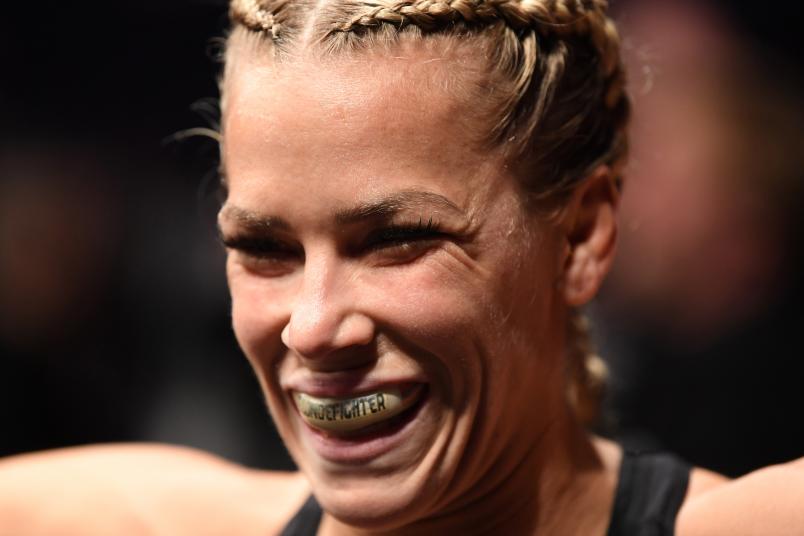 "I am an independent, Latina woman. International Woman’s day to me is a day to celebrate female achievements and to continue to focus and fight for our rights and liberties.

I am incredibly grateful for the opportunities I’ve had that generations before me didnt. I grew up in a traditional Mexican family where my mother and grandmother did the house work and men made the money. I did not want that path.

RELATED: Angela Hill - Women That Have Inspired Me

Growing up with brothers I idolized them and wanted to fight and wrestle just like they did. To me that strength and dedication was what I saw for myself. If I had been born just 20 years earlier it wouldn’t have been possible.

The amazing women that came before me started the fight for our rights because of  that I am now a UFC fighter. It is my job now to continue the fight for equality. Continue to do whatever it takes to make sure my niece can choose her path, be a stay at home wife or the President.

Everyone should have the opportunity to follow their dreams. " 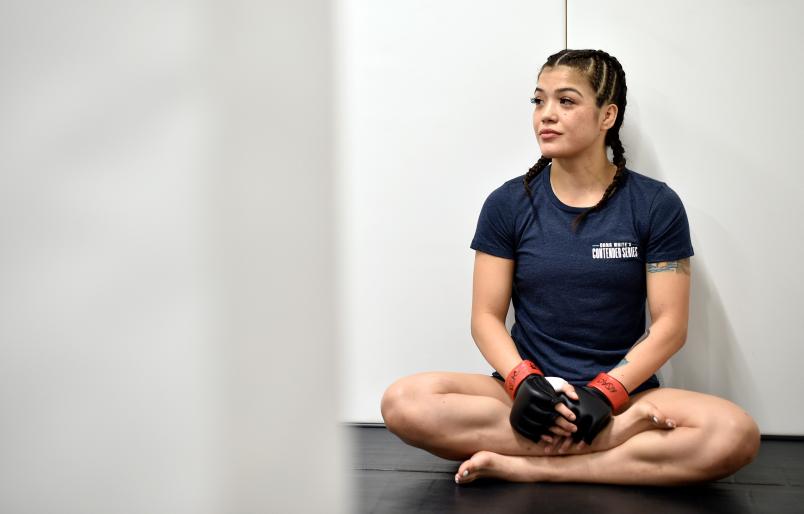 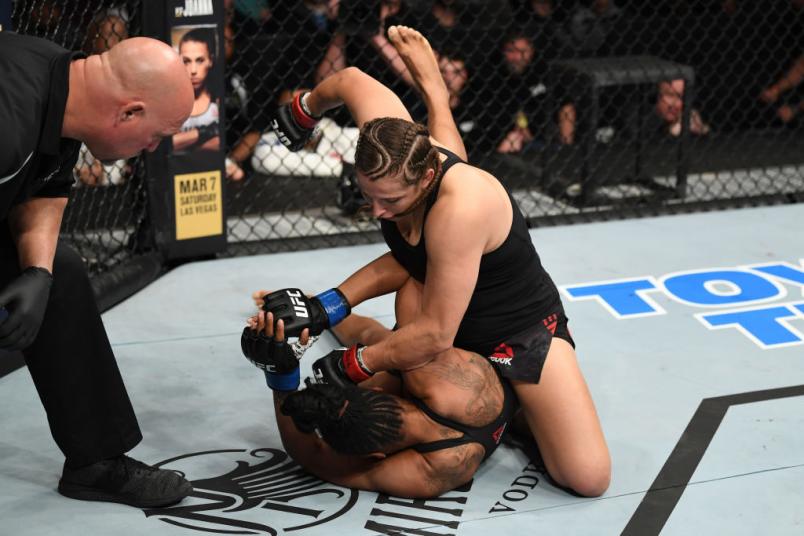 “To be a female UFC fighter is an honor. Some women that are growing up in the sport are looking to get to this level and to achieve this high standard. You don’t get hire than the NBA. You don’t get higher than the NFL. The UFC is as high as you can get, so to be representing the MMA fighters in general at the highest echelon, it’s an honor, and it’s a privilege, and it’s something I hold very near and dear to my heart.”

“I definitely think women in general feel a little bit more pressure than the male fighters just because we are more of a rare commodity. There’s not as many of us, and of course, we want to fight our butts off just like the men, and then the fact that we’re women in general on top of it is that extra added pressure, but anything a man can do, a woman can do better. I’ve always believed in that, and I definitely think we fight with a lot more heart, and that’s evident in all of our fights. We never give up. We never quit, and we’re like a mama bear trying to protect our young out there.”

"'Achieving gender equality requires the engagement of women and men, girls and boys. It is everyone's responsibility.' - Ban Ki-Moon.

In 2020 I want people of all walks of life to recognize one another and celebrate this melting pot that we’ve created.

Everyone has a story that we can all learn from, but on March 8th,2020, I want to acknowledge the struggles and give each and every woman a crown to call their own. Women have had and continue to fight for our right to stand tall in a crowd of the privileged. Invisible borders do not separate women in the struggle to reach equality; my sisters across the globe are all integral and necessary in order to achieve the gender equality mindset.

We are all each responsible for the representation of equality. So, I am here, as proud female Mexican American athlete fighting on the world’s most prestigious mixed martial arts platform, celebrating International Women’s Day and saying thank you to the UFC for giving me a stage where I can be looked as an athlete; nothing more, nothing less." 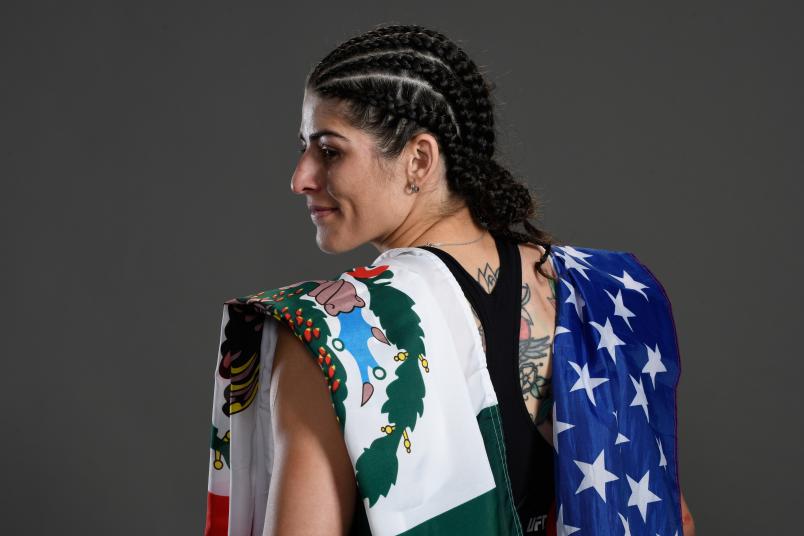 “It’s been so incredible to watch because, when I first started, this is back in 2013, I don’t think a lot of people in America realize MMA in Australia is a couple years behind just in terms of growth and popularity and notoriety. It’s still growing. And I think, with the last couple of years, it’s really starting to explode. When I first started, it was a taboo sport. It was considered barbaric, and nobody wanted to do it, and there was a bad stigma around it. But I think over the last six or seven years, people are starting to realize that it really is such a disciplined sport, and for women, it’s crazy because in Australia, there was only a couple of us, particularly when I first switched over to Invicta before coming to the UFC. There was maybe only like, five of us, if that. It was myself, Jessica Rose-Clark, Arlene Blencowe and Bec Rawlings and Alex Chambers. That was pretty much it that had the potential to go far because there wasn’t a lot of women, whereas now, I look at social media back home and stuff like that, and there’s so many women coming up through the ranks now. And I love it because, finally, we’re starting to grow in this sport and get the recognition for all the hard work, and I think it’s exciting when fresh, up-and-coming, not just women, but any fighters coming up through the ranks, I think it’s exciting because it brings new blood and different skills and different challenges and problems to the table to try and dissect, and as a competitor, that’s exciting. That should be exciting … It’s been incredible to watch, and I think a big part of that has been Ronda Rousey. I definitely think she was a big part of that, of mainstreaming MMA, and particularly women in MMA, but I think from that, how every single woman has risen to the occasion and has shown grace and style and how amazing each of them are, not just on a personal level, but as a competitor as well, I think that it’s been crazy and exciting and charismatic to watch because we have all these personalities now, and it’s just only going to keep growing.” 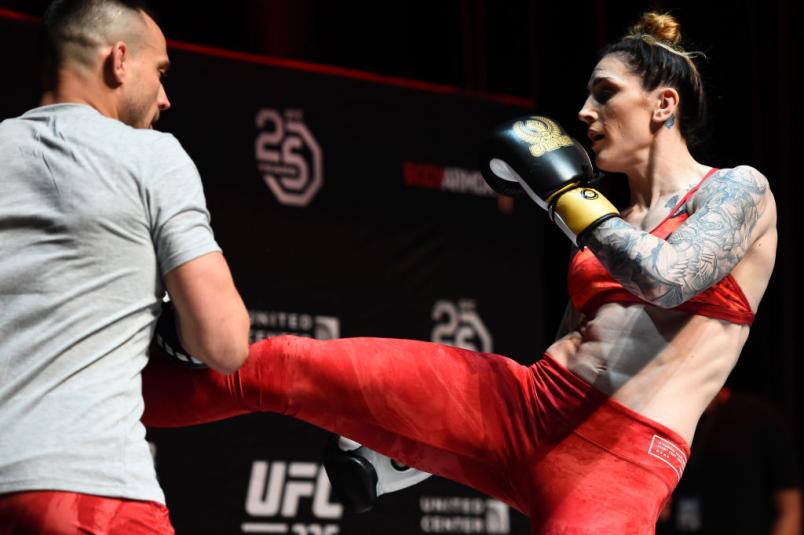 “I’m all about empowering women and being a strong, independent woman, and I feel like doing what I do projects that. I think that us as women, as fighters, it shows that you can be strong, beautiful."

“It has evolved a lot. And the fact that women are fighting in the UFC is a big testament to that, that women’s MMA is evolving.”

"We’ll be making more money. A lot more money. We’re making good money now, so that’s amazing, but as time goes on and people become more fans and people actually start to pay more attention to women’s MMA and just the sport in general, I feel like it’s going to continue to evolve, and before long, everybody will be making millions.” 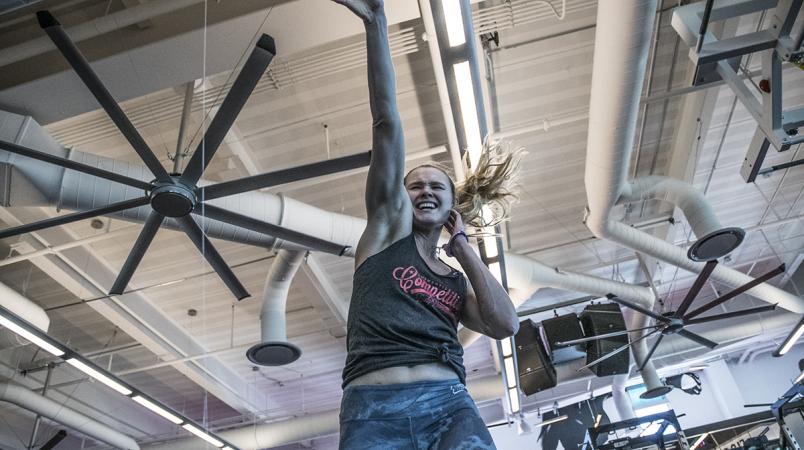