Breakdown: Preview all of this weekend's fights 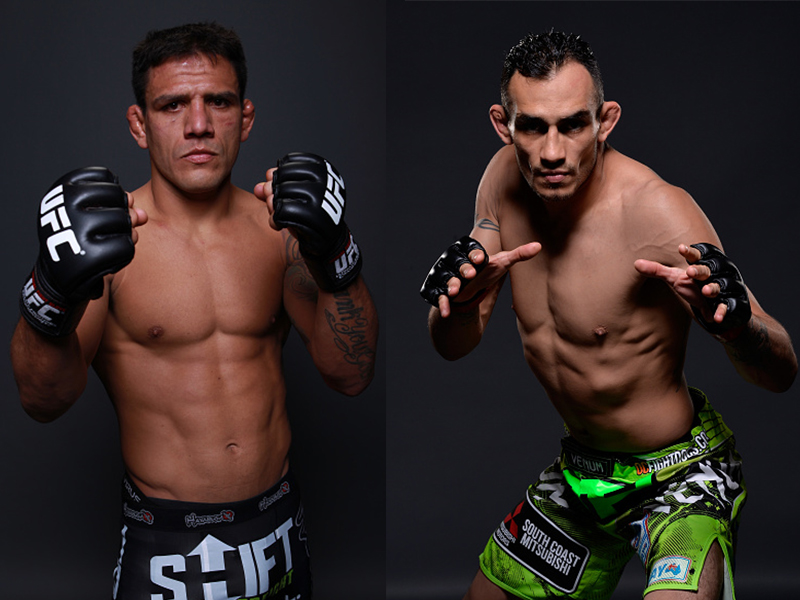 TONY FERGUSON VS RAFAEL DOS ANJOS
With an eight-fight winning streak under his belt, Tony Ferguson is probably overdue for a lightweight title shot, but beating the newly-dethroned champ, Rafael Dos Anjos, likely puts him in a position where he can’t be ignored anymore. Easier said than done, but with Dos Anjos coming off a knockout loss to Eddie Alvarez and leaving Rafael Cordeiro and Kings MMA, he is definitely the one coming into this main event with more question marks surrounding him.

UFC Unfiltered podcast: RDA believes a win over Tony Ferguson gets him a title shot

MARCIN HELD VS DIEGO SANCHEZ
Leg lock king Marcin Held comes to the UFC with an impressive track record and high expectations, but Diego Sanchez is Diego Sanchez, which means that whatever happens on Saturday night, Held will be in a fight. And considering that the “Nightmare” has never been submitted, the Poland native might be forced to engage in a three-round striking match, which plays right into Sanchez’ hands. 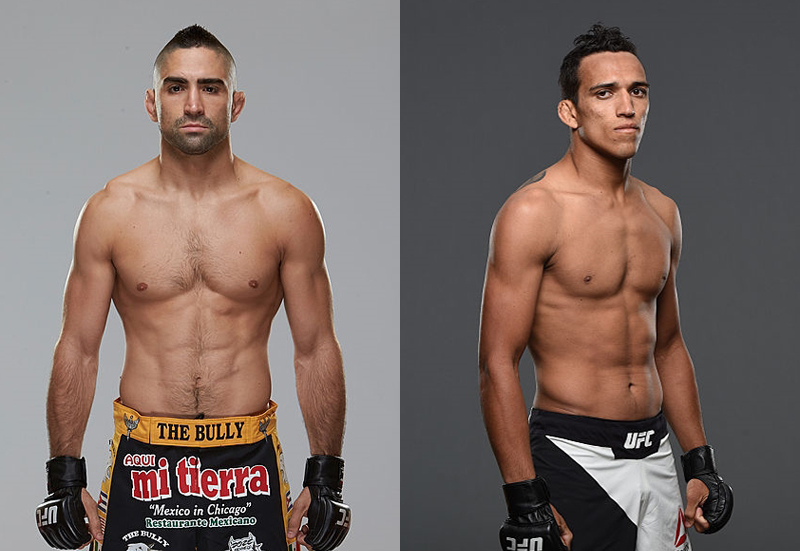 CHARLES OLIVEIRA VS RICARDO LAMAS
One of the most overlooked matchups on the Mexico City card, this clash of featherweight contenders Ricardo Lamas and Charles Oliveira could wind up winning Fight of the Night honors. Lamas was gearing up for BJ Penn on the postponed Manila card a few weeks back, and he gets an equally dynamic foe in Oliveira, but with the Brazilian being younger and more aggressive than “The Prodigy,” it’s like everything has been turned up to 11. Lamas will have to pull out all his veteran tricks to slow Oliveira down and then take the fight over.

CLAUDIO PUELLES VS MARTIN BRAVO
The drama was kept to a bare minimum on the third season of The Ultimate Fighter Latin America, which put the focus solely on the action inside the Octagon, and when the dust settled, it was two unbeaten up and comers, Claudio Puelles and Martin Bravo, who emerged as the finalists. Young gun Puelles is seen as the favorite here and he’s the physically bigger fighter, but Bravo didn’t get here by accident, and fighting at home in Mexico will likely give him an emotional boost as well.

RASHID MAGOMEDOV VS BENEIL DARIUSH
Another under the radar matchup pits top 15 lightweights Rashid Magomedov and Beneil Dariush against each other. Magomedov can do it all in the Octagon, and his methodical approach can lull an opponent into complacency before he strikes. Dariush isn’t that kind of fighter though, and he will always be looking for the finish, which should push Magomedov to lift his game to another level to match his foe. 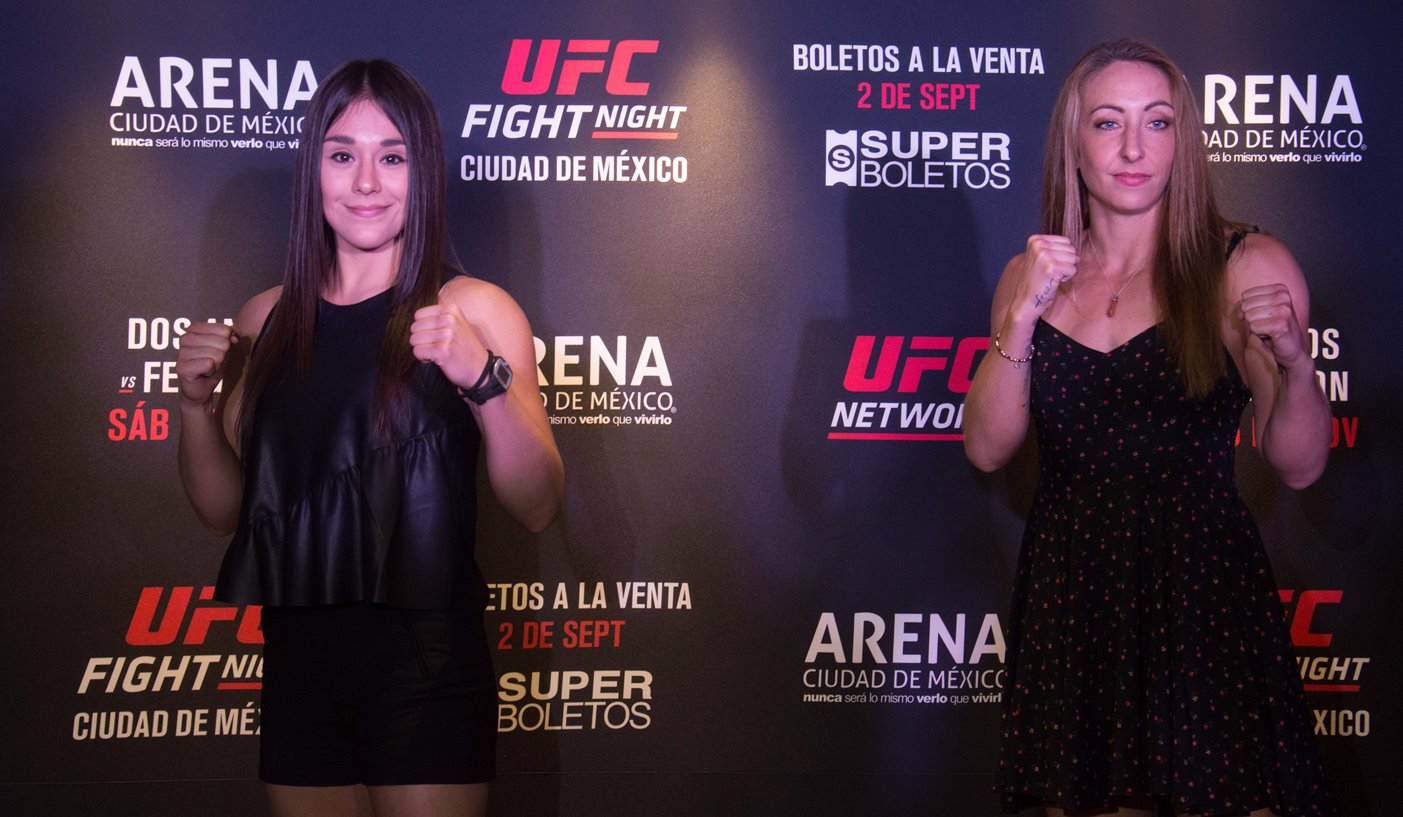 Alexa Grasso comes to the UFC with plenty of hype behind her, and deservedly so, given her unbeaten pro record and four wins in the Invicta FC promotion. Heather Jo Clark will be her toughest test to date though, as the veteran is no easy out for anyone at 115 pounds. If Grasso passes this test, watch out strawweights.

FELIPE ARANTES VS ERIK PEREZ
Mexico’s Erik Perez has had an interesting run in the UFC thus far. Early on, he had the hype train behind him and he was the greatest thing since pizza, but after losses to Takeya Mizugaki and Bryan Caraway, the buzz disappeared. But after back to back wins over Taylor Lapilus and Francisco Rivera, rev up the engine once more, especially if he can get by underrated Brazilian vet Felipe Arantes.

JOE SOTO VS MARCO BELTRAN
Joe Soto took a championship fight against TJ Dillashaw on one day’s notice in 2014, so accepting Saturday’s bout against Marco Beltran less than a week ago almost constitutes a full camp for the California veteran. But all kidding aside, Soto is a rough matchup for anybody, and if Beltran – who has scored three consecutive UFC wins – is truly the real deal, we’ll find out this weekend.

More on Fight Night Mexico City: Watch the fights Saturday on FS1 | By the Numbers | Fight Night Cheat Sheet | Fighters on the Rise this weekend | WATCH: Dos Anjos on the road back to the title | Ferguson going back to basics | Numbers tell the story for main event

MAX GRIFFIN VS ERICK MONTANO
There’s nothing like a homecoming, and for Mexico City’s own Erick Montano, this is his moment to rebound from his September loss to Randy Brown and right his ship in front of his friends, family and fans by handing hard-hitting Max “Pain” Griffin an emphatic defeat.

DOUGLAS SILVA DE ANDRADE VS HENRY BRIONES
Henry Briones loves to fight, loves to brawl, and he’s expecting Brazil’s Douglas Silva de Andrade to feel the same way. If these bantamweights are on the same page, there could be some bonus money at the end of the rainbow for one or both of them.

ALEX NICHOLSON VS SAM ALVEY
Middleweights Alex Nicholson and Sam Alvey aren’t the type to stick around and wait for the judges to render a verdict on their fights. They are finishers and they like to go home early, preferably with a Performance of the Night check in their pocket. Alvey gets the edge here thanks to his one-punch finishing power and his track record, but if Nicholson lands first, it’s anybody’s fight.

JASON NOVELLI VS POLO REYES
With two UFC wins and two post-fight bonuses, Marco Polo Reyes is rapidly becoming a must see at 155 pounds. And with Jason Novelli looking to secure his first UFC win after an August loss to David Teymur in his debut, he’ll be chasing Reyes from the start. Thankfully for those of us safely sitting outside the Octagon, he won’t have to look hard to find Reyes, who is nicknamed “El Toro” for a reason.

CHRIS AVILA VS ENRIQUE BARZOLA
A teammate of the Diaz brothers, Chris Avila underwhelmed in his debut against Artem Lobov, and if we can chalk that performance up to the first-time UFC jitters, he should be on a different level against Peru’s Enrique Barzola, a former TUF LATAM 2 winner at lightweight who is seeking his first Octagon win at 145 pounds after a split decision loss to Kyle Bochniak in August.