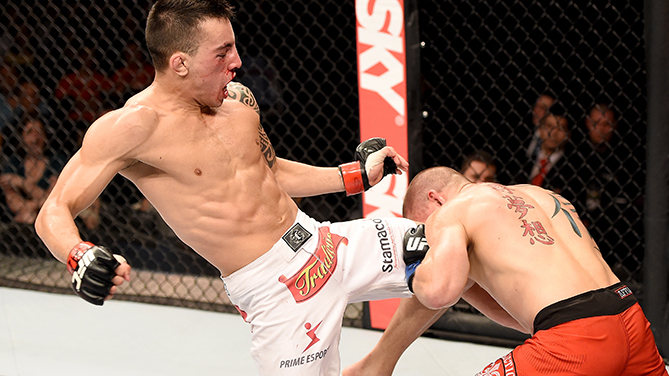 Gorman tore into Almeida at the bell, taking the 23-year-old down immediately. Almeida got back to his feet, but it was with Gorman attached to his back. Two minutes in Almeida broke free and began landing with hard strikes at close range. Gorman weathered the initial storm and waded back into the fray, but the precise and varied attack of Almeida got the Iowan in deep trouble. With the crowd roaring, Almeida unloaded to the body and head, the bell intervening before he could end matters.

The two battled on more even terms in round two, Gorman getting back into the fight and bruising up his opponent’s right eye. Almeida’s steady attack didn’t waver in the slightest though, and his precision striking was impressive to watch.

There was more of the same from Almeida in the third as Gorman slowed, and though he didn’t finish the American, his first UFC effort was an impressive one. 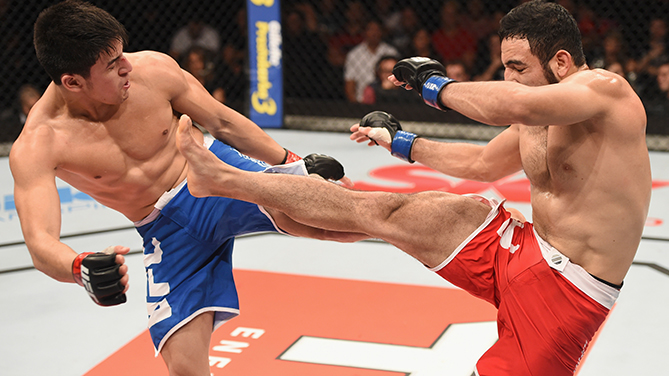 A flying knee attempt by Mexico City’s Rubio (12-8) in the opening minute led to him getting taken down by Rivas, and the Chilean fighter went to work, firing off ground strikes before the two rose. Rubio dragged the fight back to the mat midway through the round, and he was eventually able to take his opponent’s back. Rivas spun out of trouble and got on top, letting loose with strikes to pile up some more points before the bell.

The action stalled in the first half of round two as both had trouble getting their striking games going, but the pace picked up once the two hit the deck. Rivas (6-0) largely controlled the ground game though, adding to his lead, and he continued to stay on top in the third, wrapping up a successful, but far from thrilling, debut. 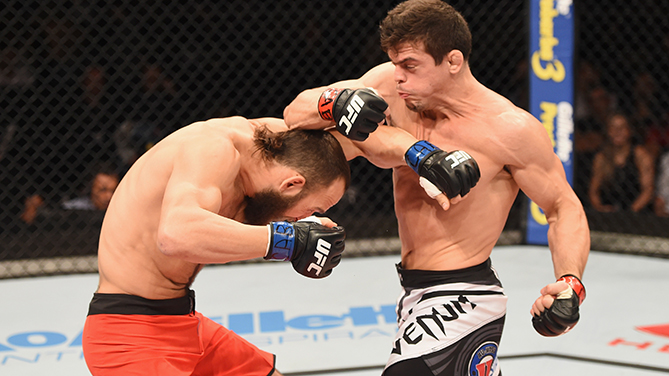 Engaging immediately, the Brazilian used a left hook to close the distance and nail Smith with a left knee to the head that dropped him to the deck. A series of hammerfists ended matters moments later, with referee Keith Peterson halting the fight 31 seconds into the bout.

Brenneman got the scoring underway with a takedown in the opening minute and a hard shot to the head produced a knot on Silva’s forehead moments later. Midway through the round, Silva got to his feet and as the two went back to the mat, this time with the Brazilian on top. Both didn’t stay grounded long, but they remained locked up against the fence. With under a minute left, Silva got the takedown and then took Brenneman’s back, slipping in the rear naked choke that ended the fight at the 4:15 mark. 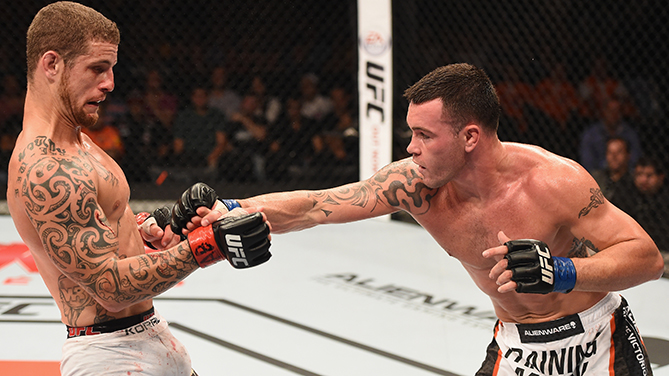 Welterweight prospect Colby Covington improved to 2-0 with two finishes in the UFC, submitting Wagner Silva in the opener.

Neither fighter was able to get their striking in gear in the opening round, leaving takedowns by Covington as all the significant scoring in the first five minutes.

The takedown clinic continued early in the second, Covington (7-0) wearing down Silva and bloodying his nose in the process. Silva eventually began avoiding the trips to the canvas, but he was still being mauled, this time against the fence.

In the final round, Silva (3-3) showed a sense of urgency with his striking, landing a hard left hook, but a Covington slam killed off any momentum for the Rio de Janeiro native. With under two minutes left, Covington made his move, taking Silva’s back and sinking in a tight rear naked choke that produced a tap out at 3:26 of the third.