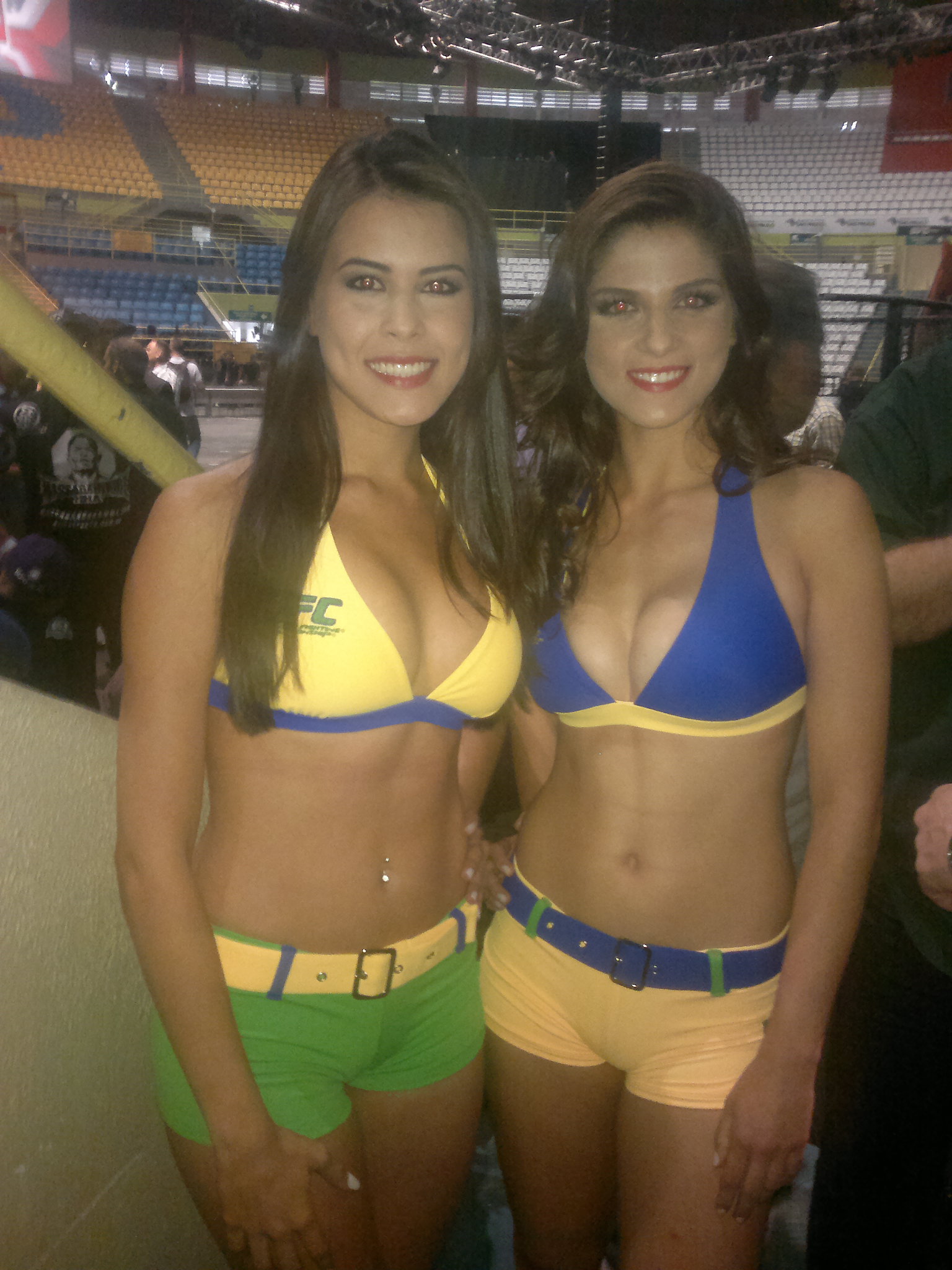 Fans at Sao Paulo's Ibirapuera Arena on Friday January 18 for the UFC on FX 7 weigh-in will get the world's first look at the promotion's first-ever Brazilian Octagon Girl. The new muse of the biggest MMA organization will make her debut on Saturday, November 19 at the event itself.

"It is a pleasure to announce the first Brazilian Octagon Girl in the first event that we have in Brazil in 2013," said Grace Tourinho, a UFC representative in Brazil."Tomorrow, not only the Brazilian fans, but fans from around the world will be able to meet our first representative."

The Brazilian woman will walk around the Octagon during the 11 clashes at UFC on FX 7, the first event organization on the calendar this year. The main card will feature four fights: In the five-round main event, Michael Bisping faces Vitor Belfort in a battle that could define the future of the middleweight division.

In the co-main event of the evening, TUF Brasil finalist and middleweight Daniel Sarafian makes his official Octagon debut. Plus, lightweight Thiago Tavares and heavyweight Gabriel Gonzaga are two other Brazilians in action on the main card, facing Khabib Nurmagomedov and Ben Rothwell.