When it comes to the gentle art of Brazilian jiu-jitsu, Ronaldo Candido comes to The Ultimate Fighter 24 competition with more credentials than most. Yet where the black belt and former world champion differs from many of his peers is that when he made the transition to mixed martial arts for a career that began professionally in 2013, he knew that the cage was not like the mat.

“It's a different sport,” he said. “The problem with the BJJ fighters sometimes is that they make a mistake and think that because they are black belts in jiu-jitsu that they're black belts in MMA. And this is the first mistake. I'm so respectful of MMA in all the areas and I try to work my game. When I won my world title in jiu-jitsu, I realized my dream. And now the big challenge for me is to be an MMA world champion and I can't wait to fight in the UFC and prove that to everyone that I can be a world champion.”

Just 6-0 as a pro, the 27-year-old from Sao Paulo could have his chance sooner rather than later if he gets through the TUF 24 tournament and faces UFC flyweight champion Demetrious Johnson. For some, that would be a daunting task. For Candido, it’s part of the job. 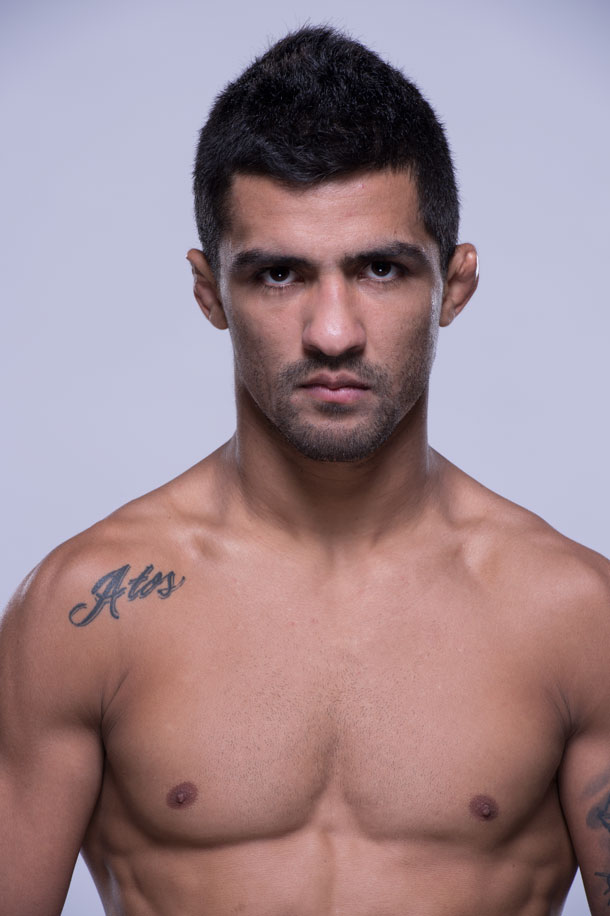 “When I won my belt in Brazil, I felt ready for the UFC,” he said. “All my career, I've wanted to fight with the big guys who already have names. And I believe so much in my game that I want to fight with the famous guys. This is the big goal because, for me, the UFC is like the world championships of MMA. It's the real tournament and the hardest tournament of MMA. I want to fight and prove that I can beat these guys.”

If you wonder where that confidence comes from, remember that in addition to Candido’s perfect pro record (with all wins by submission) and his accolades and titles in jiu-jitsu, he’s also the jiu-jitsu coach for one of the greatest fighters of all-time in Jose Aldo. So while he is working on the interim featherweight champion’s ground game, he’s also observing Aldo and how he’s made it to this point.

“Aldo and I are very close, and I'm so proud to be his BJJ coach and help him in MMA,” Candido said. “He believes in me so much and in my game, and he expects me to be world champion one day. I try to learn from the experience of his career, and I'm not scared of getting punched. Aldo and guys like that on my team give me so much confidence to fight with everyone. I don't care who is in front of me. There are guys who respect everyone too much and are scared to fight dangerous people. I think a different way. I don't respect anyone in a fight. I just move forward and try to finish the fight.”

Candido is also a veteran of the Brazilian Air Force, and having been in situations where his life could have been on the line makes him look at some guy with four-ounce gloves in a different light. Plus, that time in the military eased the inconvenience of being secluded in a house for six weeks during the taping of TUF24.

“Being a soldier makes you grow up so fast,” he said. “During the experience I had in the Air Force, I was alone, I learned to work with a team, met new guys, and this experience I had again in the house. And being a soldier made me so strong. It doesn't matter what's going to happen, I just keep moving. You learn about respect, but when it's time for the fight or for the war, you need to go. It doesn't matter what's going to happen. You just need to move.”

That’s likely to make Ronaldo Candido a pretty popular member of the Ultimate Fighter 24 cast, as his goal isn’t just to win, but to impress.

“I'm never a guy who will try to stop the fight and do an annoying fight, “he said. “I am fighting to be a champion, and to be a champion, I've got to finish the guy on the other side. It doesn't matter if by strikes or by jiu-jitsu. All my fights are going to be a show for everyone, and I've proved I never give up.”