Brandao Fired Up for UFC 168

“I absolutely think my power and my skills on the ground will make the difference in this fight." - Diego Brandao 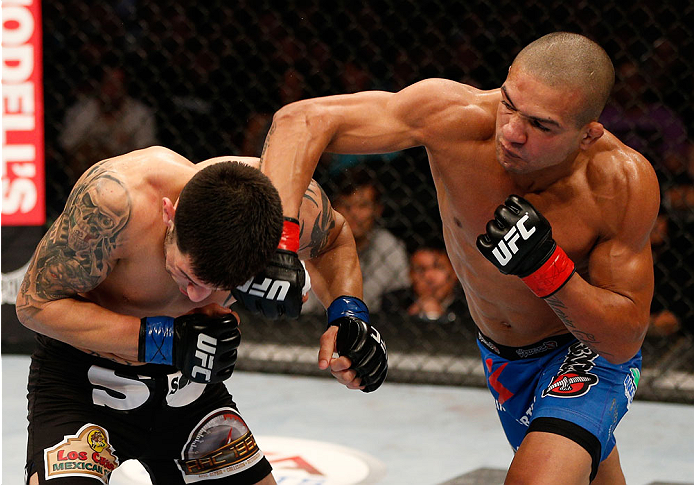 The featherweight division has been on fire as of late and Diego Brandao has been keeping pace with the action stride for stride. The winner of the 14th installment of The Ultimate Fighter is in the midst of what is arguably the best run of his career as he’s collected three consecutive victories over solid competition in the 145-pound ranks.

While the Jackson’s MMA-trained fighter has enjoyed longer winning streaks, his current run has come under the bright lights of the sport’s biggest stage, and has moved him closer to the elite level of a highly competitive division. Where his continued progress under the UFC banner has certainly been noticeable, success is isn’t a foreign result for the 26-year-old Brazilian.

In addition to his current three-fight winning streak, Brandao has also claimed victory in seven of his last eight showings, with his only setback over this run coming against scrappy Indiana native Darren Elkins at UFC 146 in May of 2012. In the bout with Elkins, the heavy-handed slugger was outwrestled and simply outworked, and it is a position he’s refused to allow happen again.

He rebounded in solid fashion by defeating Joey Gambino in his next outing, which came just south of four months later at UFC 153 in Rio de Janeiro. Brandao then kicked off his 2013 campaign with a bang as he choked out veteran Pablo Garza when the UFC made its return to Sweden back in April. If two impressive showings weren’t enough to re-establish his momentum, a lopsided win over Daniel Pineda at UFC Fight Night served to put his name back in the “fighters to watch” category in what has become one of the deepest weight classes in the UFC.

Where the tests he’s faced thus far on his journey through the featherweight ranks have been difficult, he will step in against his sternest challenge inside the Octagon when he faces Dustin Poirier at UFC 168 in Las Vegas. “The Diamond” has traded in his prospect tag from his days in the WEC to become a full-fledged contender in the UFC. The Louisiana native has found victory in five of his seven showings inside the Octagon, with his only two defeats coming at the hand of perennial contenders Chan Sung Jung and Cub Swanson.

Despite Poirier ultimately picking up losses in both of those fights, he battled under the bitter end in each showing. He also proved his ability to bounce back strong as he picked up definitive victories in both outings immediately following a setback. That level of grit, mixed with the proven talent and projected potential both Brandao and Poirier possess, has set the table for what should be an action-packed affair at UFC 168.

“I’m fired up, man,” Brandao said. “Right now when you asked me the question I’m jumpy. I’m ready to go. I’m very excited for this fight and it’s a big opportunity for my career. I think I’ve been doing very well and I have so much more to show inside the Octagon with my skills. I’m looking forward to putting on the greatest performance of my career and with the UFC in this fight.

“He’s a very tough kid. He is very balanced with his skills. I’ve been looking for a fight like this against a guy with good skills and who has a good name. I’ve been watching his fights every 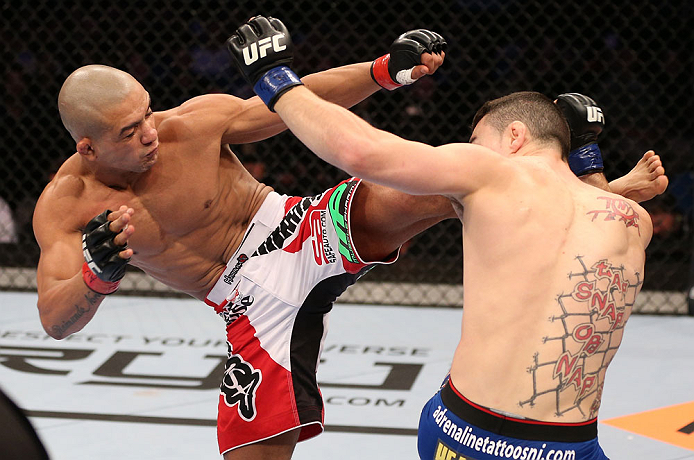 night. I’ve been watching him over and over and over again to get familiar with his style. I’m excited to fight him because he puts it all out there. I’m really proud of myself for being able to get a fight like this and the opportunity it will bring me. I want to thank Joe Silva and Sean Shelby for giving me the opportunity and I’m going to put on a great performance against Dustin Poirier.”

In addition to the matchup set to determine which fighter rises and falls in the competitive race for title contention, it is also a tilt between two of the division’s most exciting fighters. Brandao and Poirier have developed solid reputations for their ability to bring the ruckus inside the cage, and their respective levels of aggression have been key factors in many of their victories.

Brandao doesn’t see that changing all too much in their upcoming battle, but does believe there are certain aspects of the fight he will have advantages in. Both fighters can pack a punch, but Brandao believes when the action hits the canvas he’ll have the edge.

Putting on a Show

While much of Brandao’s focus has been on doing the things necessary to continue growing as a mixed martial artist, part of that process has been shoring up the elements in his game where’s he’s lacked in the past. Brandao has always had the ability to separate an opposing fighter from their consciousness, but there have been times when his cardio has failed him inside the cage. 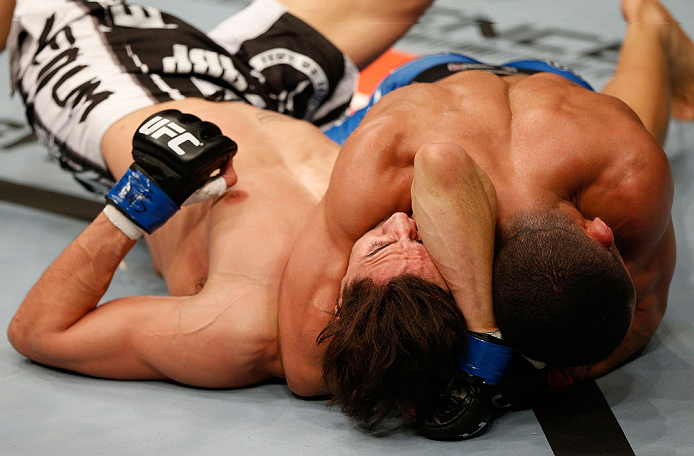 It is an aspect he’s certainly aware of and is determined to prove those low marks of the past are going to be absent in his future. That said, MMA is a world of show and prove and he is absolutely up to the task of showing the changes he’s made.

“I’m going to be the same kind of fighter I’ve always been in this fight,” Brandao said. “I’m going to be the guy who comes out aggressive and gets the win. I’m going to put on a show. Some times in the past I’ve come out too hard and gassed myself out, but that won’t happen in this fight. I’m going to use my game plan to defeat his game plan. We are going to put on a great show for the fans. I don’t know what he’s bringing for me, but I guarantee I’m going to bring it hard to him. I’m bringing power in my punches and my jiu-jitsu skills. I can finish the fight anywhere, whether it’s standing or on the ground. Dustin has shown he can do the same and that is what is going to make this fight very good.”