Bradley Scott - An Honest Man Heads to the Gold Coast 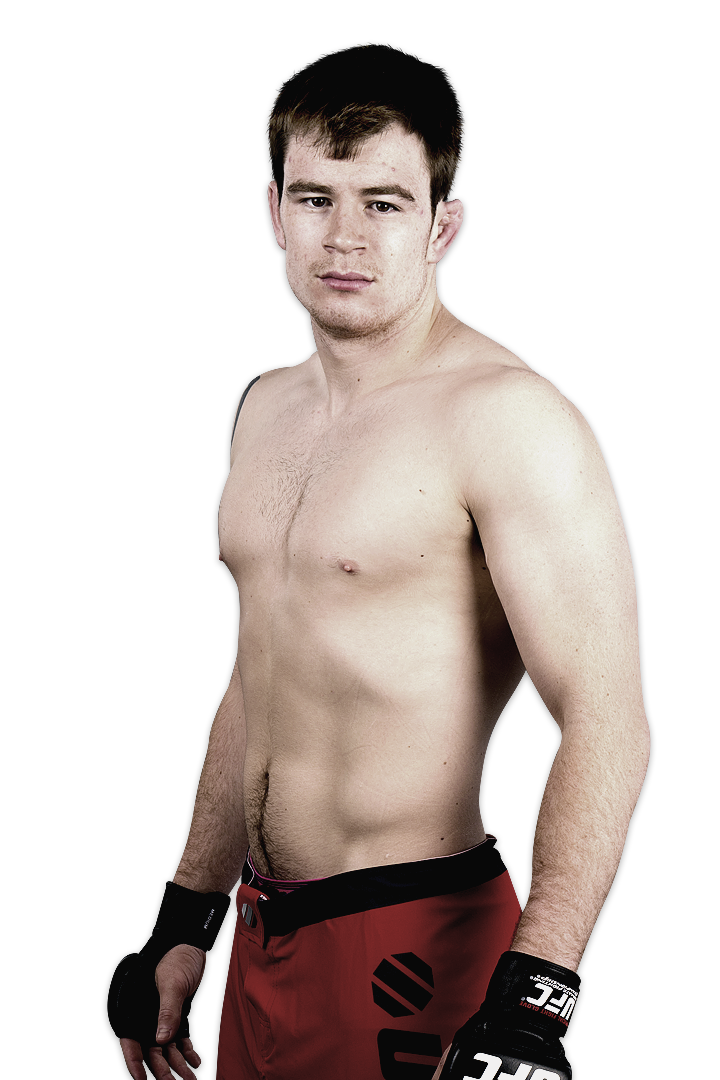 If you ask Melksham, England’s Bradley Scott about his TUF Smashes welterweight final against Robert Whittaker this week, his response is immediate and heartfelt:

“I’ve improved a lot since the house, I’ve trained hard, and I’m just trying to go out there and smash him.”

It’s also what you would expect to hear from a 23-year-old prospect with a 9-1 pro MMA record who defeated Xavier Lucas and Ben Alloway to move into a position where he is one win over Whittaker away from a UFC contract. But then Scott carries on with an addition to his original thought, “I might go out there and get smashed (Laughs), but I’m gonna try and do my damn best to break him and win the contract.”

At that moment you realize that Scott isn’t like the other TUF finalists that have emerged over the years. When you point out to him that some folks in his position might come off the show thinking they’re ready to challenge welterweight champion Georges St-Pierre, he says “And what would happen is that he would lose horrifically and not fight ever again. That’s not the way to do it, is it?”

“I’m pretty modest and I always put things into perspective,” he said. “When I first started I got an 8-1 record in the UK and it sounds impressive, but when you actually look at the record…”

He chuckles before continuing.

“I look real deep into things, so when I check an opponent out, I look at his record and check the people he’s beat and check their records. So it’s checking a hundred records to see if he was fighting bums, and I always think to myself well, unless you’ve actually fought all the top guys in the UK, you don’t deserve to be in the UFC anyway. So at the moment I don’t deserve to be in the UFC, I just managed to do it through a different route, and hopefully I want to distance myself ability wise from the rest of the UK and actually genuinely be better than all of them before I fight in the UFC.”

That different route for Scott was the TUF Smashes show, where he represented Team UK against Team Australia. After just three years as a pro, it was a natural progression for him to get a shot at a UFC contract with his fellow prospects on the show that launched several Octagon careers, but if you ask him if his 8-1 record before being called to the world of reality TV had him sitting by the phone waiting for a call from UFC matchmaker Joe Silva, that wasn’t exactly the case.

“I hadn’t even fought in Bamma yet, which is the biggest show in England,” said Scott. “I fought on A big show, Cage Warriors, and I won that horrifically, and then some people said that I might get a phone call because it was a really good fight (a third round TKO over Mok Rahman in March of this year). It just played to my game perfectly – he was shorter than me and he wanted to stand and he didn’t hit as hard as me, so it played to my standard. Maybe I looked a lot better than I really was.”

He laughs, but whatever the case was, he made it to the show and won his two matches, stamping his ticket to the finals with a show of grit and determination.

“I think a lot of it was mental toughness, because you were away from family and friends for so long,” said Scott of his time on the show. “I think that was the hardest aspect of it, just because you’re away from your family and away from your friends, and you’re surrounded by guys you could be potentially fighting the entire way through, but at the same time you’re trying to help them prepare for fights. It was weird, difficult, and stressful, but it was a great experience.”

Not bad for someone who initially began training in mixed martial arts because he didn’t pass the fitness test for the Royal Marines.

“It wasn’t so good,” Scott recalled. “I went for the fitness test and they were just like ‘not so good, man. You need to go away and get fit.’ Then I looked on Google for the hardest sports, and MMA and wrestling were the first ones. And you know as well as I do that wrestling isn’t a thing that happens in England. You’ve got more expressive dance and rounders, cricket, football - nothing really fight-orientated. The only thing we do is boxing and we do a lot of that shiny pads kickboxing as well.”

The country can also claim to be producing some quality MMA fighters as well, and Scott is in that bunch. Whether he’s ready for the next step will be proven this week against Whittaker, and if he does win the contract, the “Bear” plans on taking his time moving up the ranks.

“If I were to win, I’d like to have a good six months before my next fight, so I can get some more good quality training in,” he said. “The quality of the normal UFC fighters you see at welterweight is higher than the guys I fought in the house, so I need to go away and train with some top guys and get my level up just high enough so I can compete.”

That’s all talk for next year though. As for this week’s encounter?

“I’ve surrounded myself with high level people and now that I don’t have to work I’m getting more rest and I should be better,” he said. “I feel better, and I feel sharp, and I’m gonna go there and throw down, don’t worry about that – there’s gonna be punches thrown.”