Brad Tavares And His Veteran Mindset

Tavares Believes He Has The Experience And Skill Set To Stop Gregory Rodrigues At UFC 283: Teixeira vs Hill
By Kevin Schuster, on Twitter @KevinESchuster • Jan. 6, 2023

Through five minutes of his middleweight bout against Dricus Du Plessis at UFC 276, Brad Tavares was in complete control.

A failed takedown attempt by the South African allowed Tavares to get top control and start going to work on the ground. After two minutes of control time, his success didn’t stop there. On the feet, Tavares stunned an already tired Du Plessis, forcing a rushed takedown attempt.

Between rounds, Tavares knew he was in control, and if he could continue exactly what he was doing after the break, the fight would be his for the taking. Yet shortly into the second round, the tide started to turn after Du Plessis landed a few debilitating strikes that proved to be costly by the end of the fight. 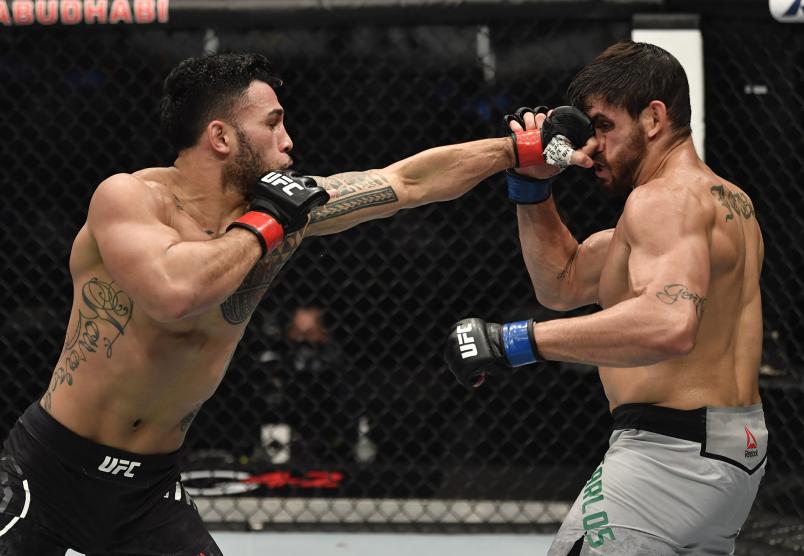 “In that first round, I completely dominated the fight everywhere,” Tavares said regarding his bout against Dricus Du Plessis at UFC 276. “Going into that second round, I thought I knew how the fight was going to go. But he came out there, was able to land some shots that really changed the fight for me.

“He opened a cut on my eye that really messed up my vision and he eventually caught me with a knee that broke my nose and messed up my breathing for the whole rest of the fight. He did what he had to do in that fight, but [it’s] definitely a fight that I know I can beat him should we ever run it back.”

Du Plessis surged to an eventual unanimous decision victory in a fight in which Tavares knew he should’ve had the upper hand. That uneasy feeling of losing a bout in that manner hasn’t left Tavares’ mind since that summer night. It’s been the center of his inspiration as he approaches his next challenge at UFC 283: Teixeira vs Hill.

“Anytime you get a loss, it fires me up a little more,” Tavares said. “It makes you a little hungrier. When you win it feels great and there’s things you can improve on from there, but there’s nothing like taking a loss…I hate losing.”

Outside of a short break from training in October, when Tavares celebrated his daughter’s first birthday with friends and family, the Hawaii native has been within the Xtreme Couture walls in Las Vegas, constantly trying to improve his game and evolve as a mixed martial artist.

He hopes to show this evolution in the UFC’s return to Rio de Janeiro, Brazil on January 21 in Jeunesse Arena against rising middleweight Gregory Rodrigues.

“I love fighting on pay-per-view cards,” Tavares said. “It always feels like there’s more energy to it; it feels bigger. The crowd feels more hyped. I love being a part of those.”

Where We Stand: 2023 Division-By-Division Guide

Born in Rio, Rodrigues will enjoy a hometown crowd feel, a territory that Tavares isn’t worried about competing in.

“This is nothing new to me,” Tavares said. “I’ve been going into other people’s countries over the course of my career, fighting them in their hometown. It doesn’t change anything for me. 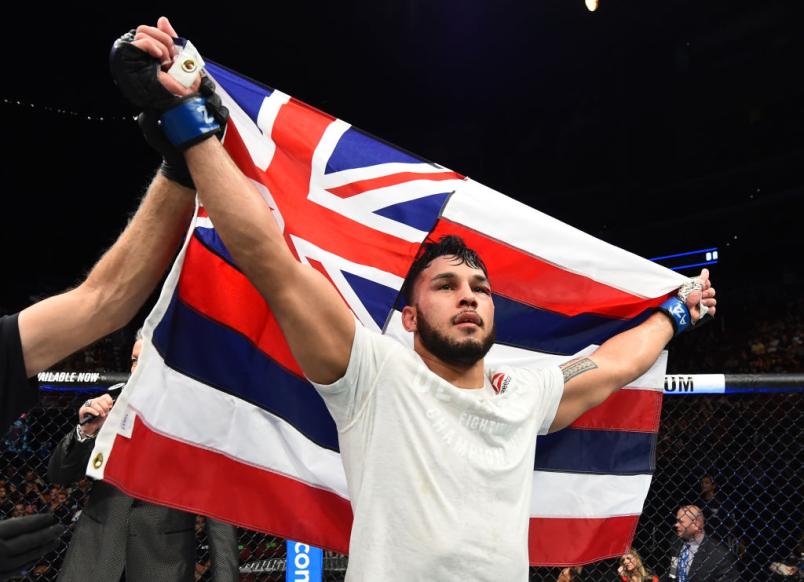 GLENDALE, AZ - APRIL 14: Brad Tavares celebrates his victory over Krzysztof Jotko of Poland in their middleweight fight during the UFC Fight Night event at the Gila Rivera Arena on April 14, 2018 in Glendale, Arizona. (Photo by Josh Hedges/Zuffa LLC/Zuffa LLC via Getty Images)

“And honestly, a lot of Brazilian fans might get confused,” Tavares joked. “They see me, I look a little Brazilian. I got the Poly tattoos which I feel like a lot of Brazilians are starting to get now. My last name is Tavares. We’ll see who they’ll be cheering for.”

Back in June, Rodrigues showed out in Austin, Texas, dominating Julian Marquez in the first round en route to a knockout victory. “Robocop” followed that up with a Fight of the Night performance against Chidi Njokuani at UFC Fight Night: Sandhagen vs Song, where Rodrigues had to weather an early storm and a gruesome cut to deliver an epic comeback victory in the second round.

While impressed by his upcoming opponent’s recent success, Tavares has seen it all in his 12-year stint in the UFC, and knows he has the experience and versatility to stop Rodrigues’ streaking success. 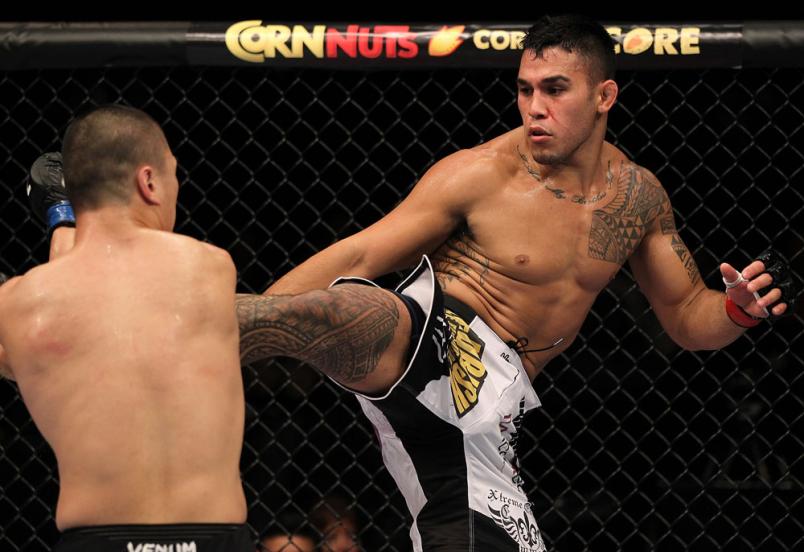 Brad Tavares kicks Dongi Yang in a middleweight bout during the UFC on Fuel TV event at Patriot Center on May 15, 2012 in Fairfax, Virginia. (Photo by Josh Hedges/Zuffa LLC)

“I’ve been at this so long that I expect to go 15 minutes and I prepare to go for 15 minutes with everybody,” Tavares said. “That’s just how you have to train. It would be silly to train to get someone out in two minutes. Then what? If it goes past two minutes you’re screwed. [Rodrigues] has been very hard to put away and people think they got him hurt and they try to pressure him but he’s tough, he’s resilient and he’s powerful. These are all things that I’m prepared for.

“I think I’m a lot better than the guys that he’s fought recently. I’m more of the complete package. I’m a vet; I’ve been doing this a lot and I have the experience. I have no doubts.”