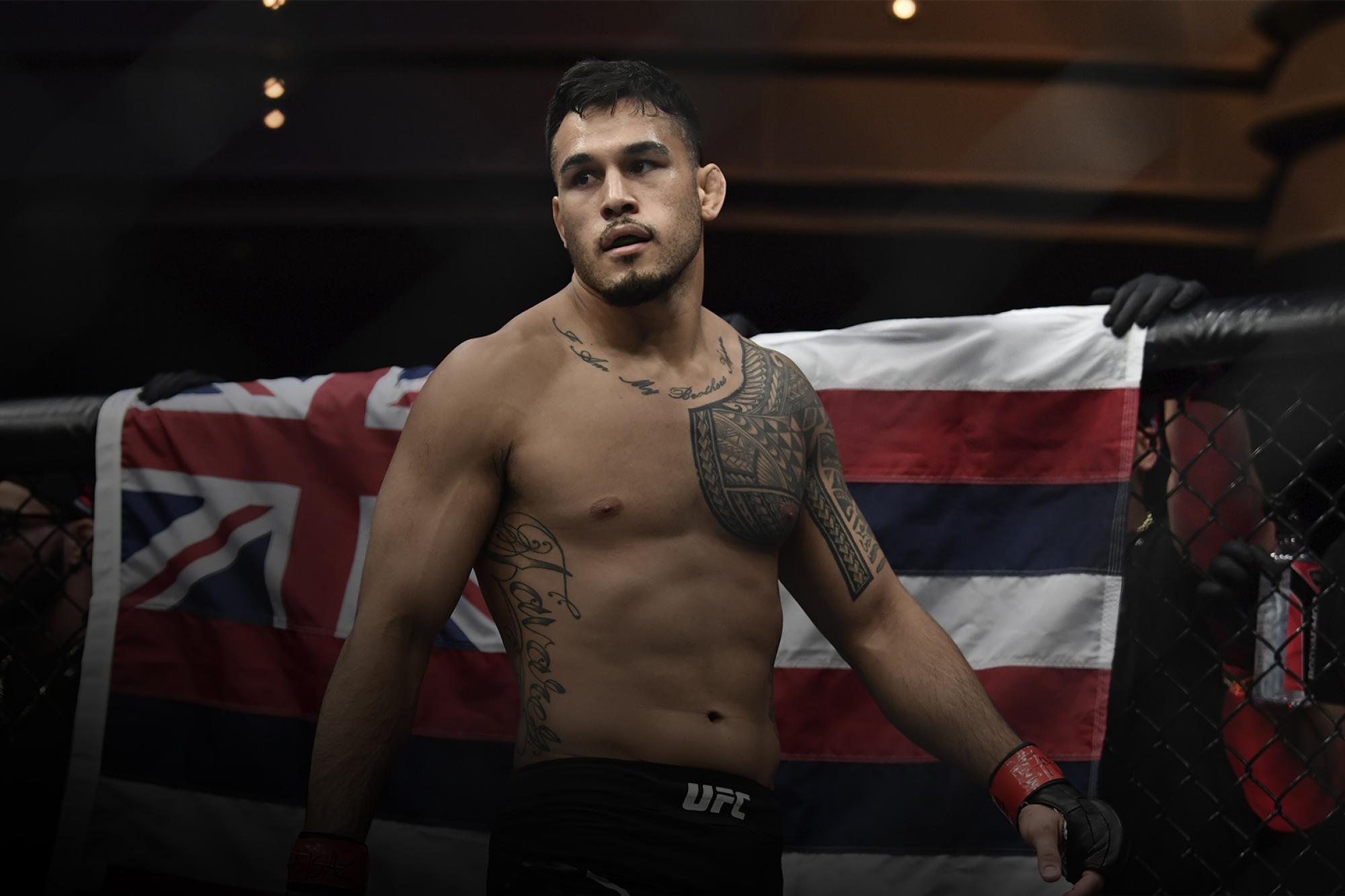 “Everything happens for a reason. No sense dwelling on the negative. I always look for the positives."
By Steve Latrell, on Twitter: @TheUFSteve • Oct. 31, 2019

Watching the middleweight title bout that headlined UFC 243, Brad Tavares was having something of an out-of-body experience.

“It’s two guys I’ve been in there with. Against Robert Whittaker, we didn’t even get much of a fight. He caught me early on, and I’m not taking anything away from him. That’s what he set out to do, and he got it done.”

Israel Adesanya would get it done, too. But Tavares recalls the contest more fondly.

“It went all five rounds. It was actually a fun fight. It was my first five-rounder, took me to places I had never been before and it pushed me.”

Adesanya would get his hand raised that night, but in taking the New Zealander to the judges’ scorecards for only the second time in his MMA career, Tavares knew he could hang with the cream of his division’s crop; particularly since he had done so with a broken arm.

That was July 2018, the headlining bout of the Ultimate Fighter 27 Finale. Adesanya has fought four times since on his way to claiming the strap. Tavares, however, will make his first Octagon appearance since that night when he steps into the Octagon Saturday in New York City.

Broken arms are an occupational hazard in MMA, usually requiring 6-8 weeks to heal, with some rehab and conditioning to follow. Tavares would have loved a timeline like that.

“I dealt with a little doctor mishap, where they missed it (my injury). Surgery was never an option in the beginning. Three months in, then it was brought up we should do surgery. I went and got some other opinions. About five months post-injury, I ended up doing the surgery, and that’s just the beginning of it. It’s the road to recovery after that. Being that I’d already been out so long, not being able to fully use my arm, I think it just added to the situation in a negative way. Had I done the surgery right away, I think I would have been back a lot sooner. This would probably be my second fight already, if not more.”

Still, bitterness is not a trait associated with his native Hawaiian people, and Tavares is certainly no exception.

“Everything happens for a reason. No sense dwelling on the negative. I always look for the positives. I got to rest my body, got to rest my mind, got to spend a lot of quality time with my daughter. So some good stuff came out of it.”

It’s easy to see the blessings in hindsight, but Tavares acknowledges that in the moment, losing 15 months of your career wasn’t as easy.

“Don’t get me wrong, when you suffer something like this, where you don’t want this break, you don’t want to be out, you don’t want to be injured, and you have no choice…it was frustrating at times. Especially coming off a loss. I think it would have been much easier to deal with had I won that fight and got the taste of victory. But to let the taste of defeat sit in my mouth for almost a year and half now, that sucks. There’s things that when I went back and thought about the fight, ‘Man I should have done this, man, I should have done that,’ I couldn’t even go to the gym and work on those things because of this injury.”

Fast-forward to watching his former adversaries duke it out for the belt in Melbourne, and the already-festering inferno to return was burning white-hot.

“Seeing those two guys fight each other, it just makes me hungry to get back in there, and get back to fighting those guys again. Fighting for that title.”

After what felt like an ice age, the moment for Tavares’ return has finally arrived. And because time waits for no one, his welcome-back fight will be no walk in the park.

Like Adesanya in their last fight, Tavares has drawn another streaking, undefeated prospect that made waves in his absence: Edmen Shahbazyan. If that fact is bothering him, Tavares isn’t letting on.

“I respect Edmen. He’s a young guy coming up in the sport. I’m sure he’ll accomplish some things in the UFC, just not right now. I’m going to be his first taste of defeat. I think I’m just the better fighter all around. I don’t want to take anything away from him. I respect him. I’m definitely not overlooking him. The hype is well-warranted. He put some guys away and he’s undefeated for a reason. When I look at him I know I’m better than him, and I’m going to go out there and show the world that. That’s the most important to me right now: beating this guy, getting back in the win column, and then stacking up the wins after that.”

It’s a solid plan, to be sure, and Tavares has the added incentive to recapture his stake in the division on the biggest of stages: Madison Square Garden. For a veteran teetering on ten years in the promotion, the very idea invokes childlike glee.

“I don’t really get caught up in those things too much, but this is one of them where I am. I’ve always been a hands-on person. I’ve been in other arenas that are special in their own ways, but don’t have nowhere near the history that this place does. This is one of the most iconic arenas on the Earth. A lot of history, a lot of big moments…I think once we step foot in there, and I just take in all that energy, I think it’s going to be special,” he explains.

“I’m getting excited just talking about it.”