Brad Riddell Feels Primed To Take On The Division’s Best

Brad Riddell had his eyes on Gregor Gillespie for a couple years now. Even though some time would pass before Riddell made his UFC debut, he knew his path up the UFC lightweight division might mean crossing paths with Gillespie, and that early viewing left an impression on him.

“I was like, ‘That’s a gnarly style to fight. That would take a lot of prep,’” Riddell told UFC.com “Then they called me on my way home from here, actually. I got to Singapore, and (the UFC matchmakers) were like, ‘Do you want to fight Gregor?’ And I was like, ‘Yeah, for sure.’ I know a lot of people don’t really want to, but I just see that as me testing my ability to fight someone at that wrestling level. I was more than keen to do it, and the more I watched him and the more I trained, and the more that camp went on, the more confident I get, and now I’m here. I can’t wait. It’s going to be sick.”

Coincidentally, Riddell got a jump on that prep when he found himself stuck in the United States for nine weeks with Israel Adesanya and Carlos Ulberg after cornering Ulberg in his Contender Series bout, which Riddell said, “sucked at the start.”

"I feel like I've touched in base in MMA now & now I'm going for the home run against an All-America wrestler."@BradQuakeRiddel talks about becoming a father, adding to his game & how his first three fights prepared him for a challenge against Gregor Gillespie 🔊⬆️ #UFCVegas22 pic.twitter.com/T6IWE2YaoW

Eventually, the trio found themselves in San Diego. There, they trained heavily at Atos Jiu-Jitsu, giving Riddell a little bit of a head start at preparing for Gillespie’s well-credentialed grappling attack before he knew that matchup was on the table.

“We made the most out of that situation,” Riddell said. “Upped my jiu-jitsu and my grappling, which turns out to be real beneficial for my next fight (laughs). That was sort of like the gods sending me a message.”

The time in Southern California wasn’t all-business though. Riddell and company linked up with surfing legend Kelly Slater, and they were able to join the multi-time world champion in the water for some lessons in catching waves.

“He’s the G.O.A.T.,” Riddell said of Slater. “It never crossed my mind that I would get to meet him, let alone surf with him. He was a real cool dude to go and surf with. He taught us really well and just hung out. The coolest thing was we got to take a couple of guys that we made friends with over there that have been surfing their whole life. They got to come with us and surf with Kelly, so they could’ve died the next day happy men.” 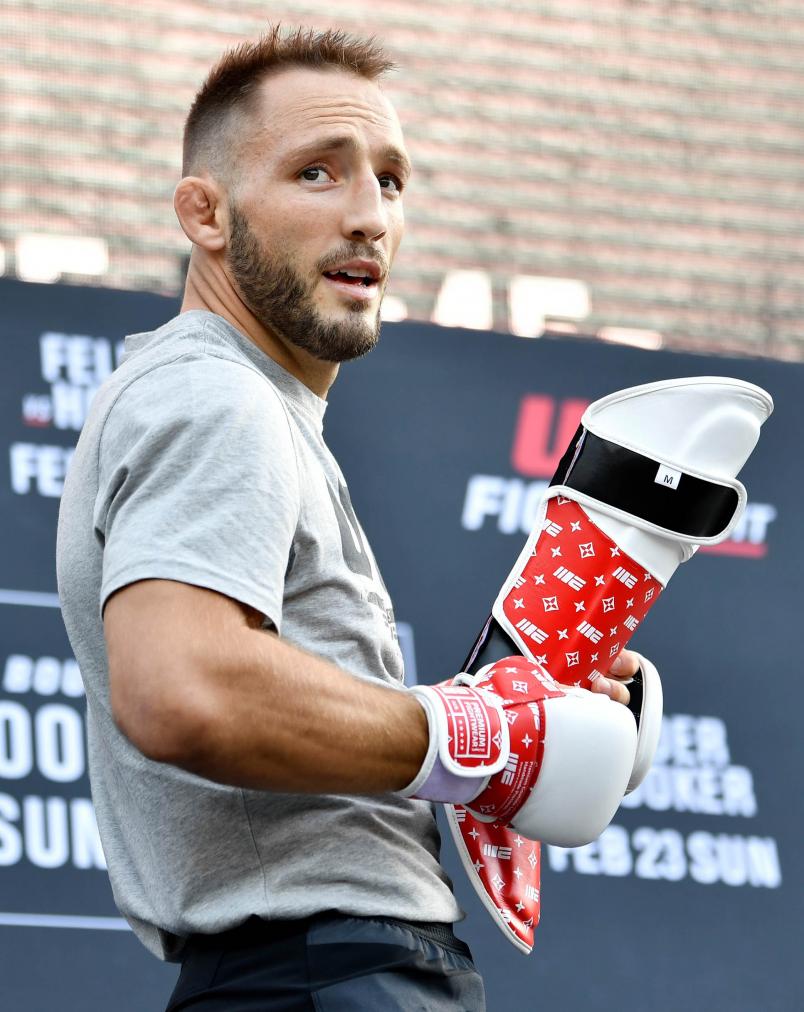 Once Riddell got back to New Zealand with his matchup against Gillespie on his mind, he continued the work with the knowledge that this fight is the one that would provide him a platform to prove his status as one of the best lightweights in the world. Before Gillespie’s knockout loss to Kevin Lee at UFC 244, Gillespie was considered a looming contender on the rise up the ranks.

Gillespie hasn’t taken a fight since that loss, and Riddell is aware of the different elements that a loss like that can play into the mind of a fighter.

“It can be two things,” he said. “It can be beneficial or detrimental, having a loss like that. It can either be really, really driving and you want to get back to where you were, or it can really, really scar you. We’ll see on the weekend what it is. I’ve prepared for the best Gregor, and obviously I’m a striker, and he got knocked out striking, so that could play in his mind a little bit, and I do expect him to start shooting. If he does strike, I’m more than welcome to do that. Come at me.”

Thus far, Riddell has seen a fair share of variety in his three UFC fights. Although each went to the scorecards, he believes he has experienced a well-rounded crop of opponents in Jamie Mullarkey, Magomed Mustafaev and Alex da Silva.

In Riddell’s mind, each bout revealed a little bit more about him as a fighter and spawned growth in his game ahead of his toughest challenge to date. 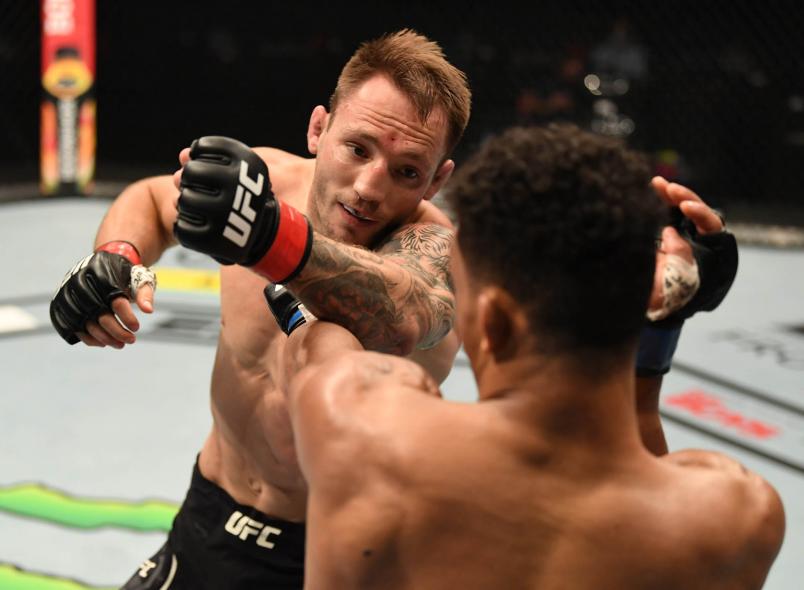 “I feel like I’ve touched each base in MMA,” he said. “Now, I’m going for the home run against an All-American wrestler, so that’s going to be sick.”

Riddell’s excitement about the fight is evident for obvious reasons, but he’s also eager to get home to his newborn daughter.

This trip to Vegas won’t require such a long time away from his home, although he does admit that the four or five weeks he’ll be away as “still too long.” By all accounts, though, the early days of fatherhood have treated him well, relatively speaking.

“All the other parents are like, ‘Oh, she sleeps so many hours. You’re so lucky,’” Riddell said. “I’m like, ‘Cool, man. Four hours? I didn’t realize four hours is a long time in the life of a baby,’ but I love it. She’s really dope. She’s got a little attitude. She’s got a fiery attitude like me, and she’s nice and relaxed like her mom, so it’s a good combo.”

“The best advice I got from somebody was just don’t really listen to anybody else,” he continued. “Just do your thing. Just keep her healthy, keep her happy and if I need advice, I ask my parents. I think I came out OK, so I’ll just ask them.”

This week though, the fight is top of mind. A win over Gillespie potentially catapults him into the Top 15 of what is arguably the highest-profile division in the UFC.

The rest of the climb up the ladder takes care of itself after that, and Riddell knows the credentials that come with a number next to his name.

“This division is brutal, this lightweight division,” he said. “When you’re there, you can legitimately call yourself one of the best fighters at that weight in the world. That’s my motivation, that just a handful of people can say that. I’m going to be one of them.”

Riddell hopes, after this fight, he takes Gillespie’s status in terms of being a fighter nobody else volunteers to compete against. Ultimately, though, he’s focused on making good on his long journey to and from New Zealand and gain some traction in the lightweight division after a solid triplet of wins.

“I just need to perform,” Riddell said. “This business is about entertainment and performance, so if you can put those two together, you’re always going to be pretty well off in this company, so that’s my goal.”