All Of The Performances And Talking Points That Made An Electric Night In Russia
By Gavin Porter • Apr. 21, 2019

Beginning a fight night with four finishes in a row is a great way to start the evening, but it didn’t end there as both heavyweight showdowns didn’t make it out of the first round.

Alistair Overeem and Aleksei Oleinik went to war for the majority of the first round, but the power and clinch game of Overeem overwhelmed Oleinik. “The Demolition Man” was able withstand an early onslaught from the submission specialist, who seemed more than happy to stand and trade shots with the K1 legend.

With six finishes in eleven fights, it was a tough night to decide which athletes were going to be given bonuses. Here’s how things played out:

Honestly, this award could have been given to half of Saturday’s winners considering that there were plenty of impressive and quick finishes throughout the card. Sergey Pavlovich and Magomed Mustaev were awarded the bonuses, after recording knockouts in less than a minute and a half each.

Pavlovich demonstrated his power and his aggressiveness against the tough Marcelo Golm, catching him with big shot after big shot that forced the heavyweight from Brazil to collapse to the canvas. It was a big moment for Pavlovich, who earned his first career UFC victory with the performance.

Mustaev kicked the evening off with a bang – literally. He became the third fighter in UFC history to finish a fight stemming from a spinning back-kick (Renan Barao, Uriah Hall). The kick connected right across the chin of Rafael Fiziev and then Mustaev pounced, following his attack with smothering punches. Great showing for Mustaev, who secured the win in his first UFC bout since 2016. 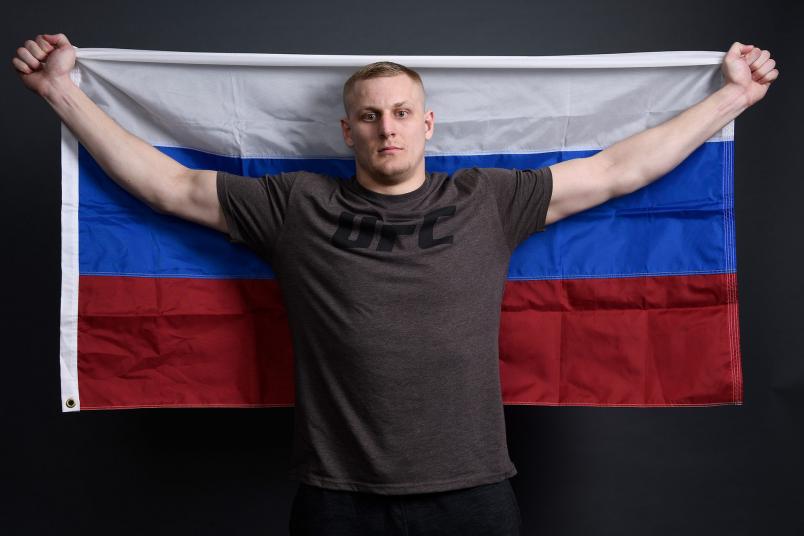 Fight Of the Night
Islam Makhachev vs. Arman Tsarukyan

The lightweight division might be the toughest division in the UFC and Islam Makhachev extended his win-streak to five after winning a unanimous decision at UFC Saint Petersburg. And while he was able to get the W, it was far from easy. Arman Tsarukyan showed that he has a bright future, by not only keeping pace with Makhachev, but by out-striking and out-grappling him at times throughout the fight. But in the final round Makhachev turned on the gas and impressed the judges with his pressure and his wrestling.

Tsarukyan definitely showed that he has a promising future and Makhachev showed that he can deal well with adversity. It will be interesting to see what is next for Makhachev, who improved to 17-1.

What a fast start. The first two bouts of the night lasted just over two minutes, with Magomed Mustafaev earning the third knockout in UFC history that stemmed from a spinning back kick to the head and Michal Oleksiejczuk knocked down Gadzhimurad Antigulov three times before finishing the fight.

And it didn’t stop there.

Ranked heavyweights Marcin Tybura and Shamil Abdurakhimov battled it out until Abdurakhimov landed a massive left hook that stunned Tybura. Then Abdurakhimov put the pressure on and finished Tybura with a few more well placed strikes. That’s three in a row for Abdurakhimov.

Then, much to the delight of his Russian supporters, Alexander “Russian Thunder” Yakovlev triumphed via submission in his first UFC fight in over two years. Sultan Aliev and Movsar Evloev rounded out the prelim action by earning hard-fought decision victories. After his win, Aliev decided to hang-up the gloves and retire from MMA (15-3).

“I did all this not only for my fans, but to test myself and push my limits,” Aliev said. “I am grateful to UFC for giving me this chance.”

Krzystof Jotko ended his losing streak by dominating Alen Amedovski. It was a huge win for Jotko who had struggled in his previous three trips to the Octagon. He also did a pretty sweet breakdance afterwards.

Antonina Shevchenko and Roxanne Modafferi fought a close, exciting fight that had the crowd cheering. Utilizing her grappling and ground game, Modafferi was able to get the win over the rising Shevchenko. Another great display of mixed martial arts from “The Happy Warrior.” Sergey Pavlovich bounced back in a big way by knocking out young prospect Marcelo Golm in just over a minute. The fight showcased his potential and why fight fans are excited to see him develop.

Fight of the Night: Makhachev vs. Tsarukyan

Performance of the Night: Pavlovich & Mustafaev