Boetsch wants to show Hendricks he doesn't belong at 185 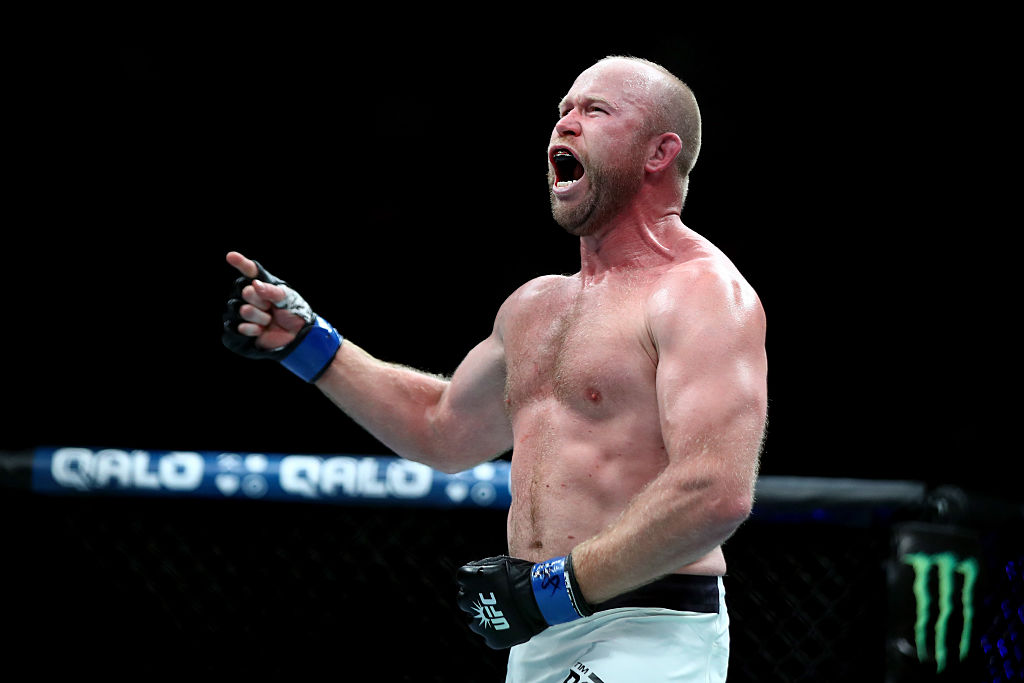 Five years ago in Calgary, Tim Boetsch welcomed Hector Lombard to the UFC.

One of the biggest free agent signings in years, the chiseled Cuban judoka had spent the previous five years amassing a 25-fight unbeaten streak, finishing 19 of those opponents and generating a ton of buzz as he moved towards his Octagon debut. He was expected to be an instant title contender in the middleweight division and many viewed his bout with Boetsch as a chance for Lombard to get a solid win under his belt right out of the gate before moving on to face the division’s elite.

Instead, Boetsch walked into the Saddledome and halted the promotional newcomer’s undefeated streak, coming away on the happy side of a split decision verdict that had everyone rethinking where Lombard fit in the division. Two fights later, Lombard decided that competing at welterweight might be a better option for him.

This weekend in Oklahoma City, Boetsch squares off with Johny Hendricks in the former welterweight champion’s sophomore appearance in the middleweight division and “The Barbarian” plans on making him rethink his plans to relocate to the 185-pound ranks permanently, the same way he made Lombard start questioning where to compete five years ago.

“Personally, I don’t think it’s the right weight class for him and I’m going to be more than happy to show him why come fight night,” Boetsch said of his opponent’s move to the middleweight division. “You get a lot of big guys in this division and I think it’s the same reason why Hector Lombard didn’t stay around.

“I had the opportunity to be the first guy in the UFC to fight him. He was destroying everybody over in the other league at middleweight, but then he came over here and I fed him his first loss after winning 25 in a row or something like that and he made the decision to drop down because size does matter.”
RELATED CONTENT: Best fights to look out for | OKC Fantasy Preview | Chiesa vs Lee: Fight Before the Fight

After missing weight in consecutive contests and stuck in a three-fight tailspin, Hendricks made the decision to move to middleweight at the end of last year and wasted little time booking his first bout. Seven weeks after losing to Neil Magny at UFC 207, he was in Halifax, Nova Scotia, starting over in the 185-pound weight division and picking up a unanimous decision victory over the aforementioned Lombard.

“When you’re taking on guys that are just physically bigger – the range is a factor, strength and size - all of those things are factors in a fight,” Boestch continued in his assessment of Hendricks’ future potential in the division. “He may be able to have success against some of the guys but, like I said, Lombard isn’t a middleweight; he’s a 170-pounder.

“He may have got a win in the division, but I don’t think he’s actually beaten a middleweight yet, so this will be the first true test for him.”

Boetsch has spent the majority of his nearly 11-year career being a tough out. He’s technically sound and tremendously strong; a blue-collar grinder with a ton of grit, even more durability and the ability to shift the momentum of a fight with a single clean shot. 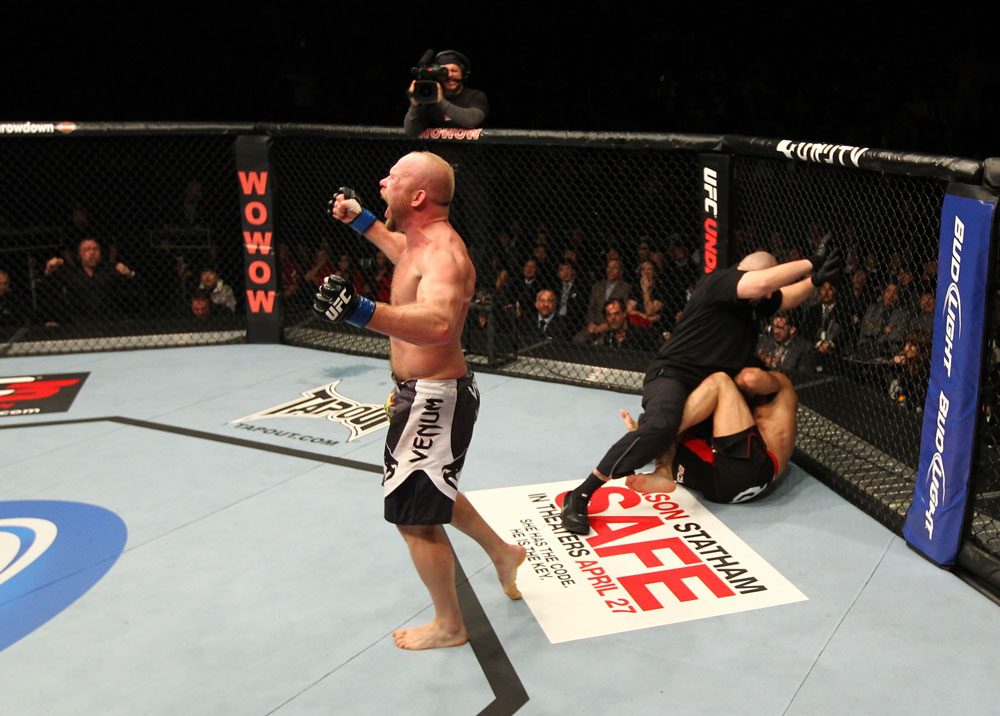 Over the seven years since he returned to the UFC, Boetsch has faced a steady diet of top middleweight talent and carved out a lane for himself as one of the more respected veterans in the division. It’s a path similar to the one forged by Jim Miller at lightweight or Darren Elkins in the featherweight division – a career defined by never taking an easy fight and opponents knowing that signing on to share the cage with Boetsch means they better pack their hard hat and lunch bucket on fight night.

It’s a reputation the 36-year-old veteran is proud to have and he sees this weekend’s bout with Hendricks as another tough fight in a career filled with tough fights.

“It’s a good feeling,” Boetsch said. “It’s the reason I got involved in this sport and that’s the reason I decided to go to a Division I college and wrestle – you want to be tested against the best, you want to match up against the best guys out there. It’s a blessing and I’m grateful for the opportunities I’ve had in the UFC and the opponents I’ve been able to face.

“I expect (this fight) to be another tough, grinding fight,” he added. “I’m excited to get in there and test my mettle against his.”

This weekend’s co-main event carries a little extra motivation for Hendricks as well, as Sunday’s event marks the first time in a number of years that the former welterweight champion returns to compete in his home state.

A four-time All-American and two-time National champion at Oklahoma State, this fight is most certainly a “home game” for Hendricks and puts Boetsch in the role of the visitor, tasked with going on the road and getting a victory in hostile territory, not that he’s ever had a problem with that.

“That’s nothing new to me,” he laughed. “I’m used to going to guys’ backyards and beating them up. I like being the underdog, honestly. It’s always been a good omen for me when I have to go and take on great adversity.

“I suspect the Oklahoma fans are going to be supportive of us both; they’re good people out there and we’re both going to put on a great show. Being in his backyard, he’s going to want to put his best foot forward and that’s exactly what I expect and it’s just going to make for a great fight.”