Bobby Green Is Out To Inspire

When Bobby Green Steps Into The Octagon In Madison Square Garden On November 6 He Has A Particular Goal In Mind.
By E. Spencer Kyte, on Twitter @SpencerKyte • Nov. 4, 2021

Bobby Green is a book that is perennially judged by its cover, leaving many to never discover the depths the 35-year-old lightweight veteran contains.

They see the ink and the stylized beard; the nose ring, the chains, and the gold in his mouth and think they know who Green is, making a snap judgment based on his appearance, his presence, his swagger, failing to understand that we are all capable of being much more than how we appear on the outside.

When Green dives into the Octagon, doing a somersault as he hits the canvas, and spends rounds smiling at and talking to his opponents, he’s cast as brash, disrespectful, unfocused; the initial incorrect impression leading to a further mischaracterization of the 40-fight veteran whose only moments of peace in a life filled with heartache, sadness, and real loss come when he gets the chance to perform on the biggest stage in the sport.

“If I could share something with somebody and tell them something, it’s the same story, the same message, and the same memo — love everybody and come together,” offered the thoughtful lightweight from California’s Inland Empire, who takes on local favorite Al Iaquinta in preliminary card action at Madison Square Garden this Saturday night at UFC 268. “Understand other people in their walks. Understand where they’re coming from. Understand the differences in people.

“And then No. 2: never quit; never stop,” continued Green, who careers a 27-12-1 record into the Octagon this weekend. “My story is out there now; you can watch it on YouTube — the UFC just put it out — but I’ve been through everything.”

The UFC Origins feature on Green unveils the experiences that made him the man he is today, shaped the way he carries himself, and inspire him be a driving force for good in his home communities that all too often only experience sadness and grief.

His father was involved in gang life and his mother was an addict, meaning neither was around much to care for Green and his siblings. He was raised by his grandmother until her passing at age 53. 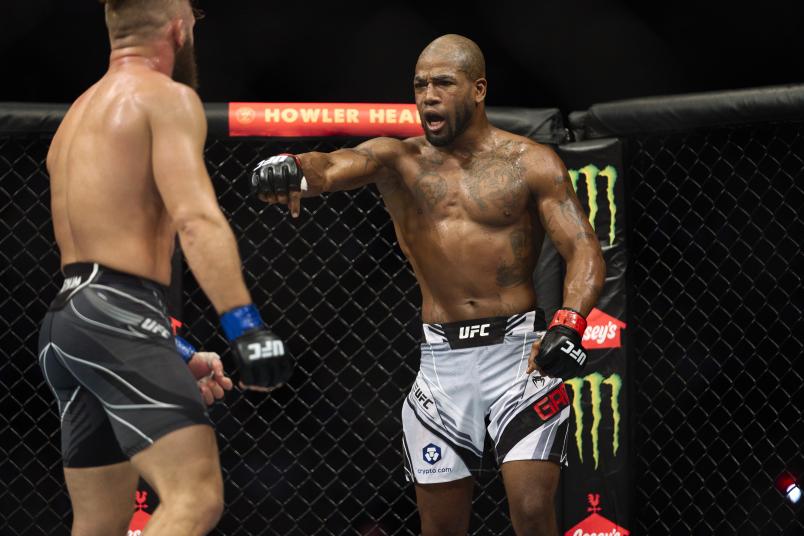 Bobby Green taunts Rafael Fiziev of Kyrgyzstan in their lightweight bout during the UFC 265 event at Toyota Center on August 07, 2021 in Houston, Texas. (Photo by Cooper Neill/Zuffa LLC)

Growing up in San Bernardino, where options are limited and bad choices reside on every street corner, Green committed himself to wrestling in high school, but had to watch as his little brother, Mitchell Wayne Davis Jr., went in a different direction, joining a local gang. Some years later, after wrestling became a pathway to mixed martial arts and the man known as “King” was competing on the biggest stage in the sport, he got word that his brother had passed; shot and killed in a drive-by shooting.

“I lost my grandmother, I lost my brother; I didn’t have a mom; I didn’t have a dad,” Green said, reflecting on some the major challenges and losses he’s dealt with over the course of his life. “All these people that use excuses like that to hold them back, I’m the epitome of that ‘Never Quit.’”

It’s a mantra and a mindset that he carries with him into the Octagon every time he fights.

“There have been a lot of fights I’ve been in where they thought I was done, but next thing you know, second, third round are both mine,” he continued, smiling sheepishly. “Even if the first is a little slower, for sure the second and third are mine.”

While some may characterize him as a slow starter, Green likens his approach to that of a quarterback, standing at the line of scrimmage, reading the defense, and making adjustments with his coaches based on what they see when he goes back to his corner between rounds.

“I’m putting all my reads together and then I want to go back to my corner, see what my coaches tell me,” he said, breaking down his general approach. “Sammo (head coach Sam Mason) usually tells me, ‘Hey — I need you to be get more busy!’ and then it’s, ‘Yes Sir!’ and we go back in there and do what we need to do.

“I call myself a quarterback because I’ll go out there and fight the fight, but I don’t have a specific game plan,” continued Green, who arrived in the UFC on a four-fight winning streak before adding four additional victories to climb into the Top 10 in the lightweight division before an extended run of close, competitive fights and unfavorable results knocked him from the rankings.

“I’ve got things I want to do, but it’s not a real game plan because I don’t know what he’s going to do,” he said of his fight with Iaquinta, who enters on a two-fight skid of his own and competes for the first time in 25 months on Saturday. “I play off the play because if they’re blitzing all night, I’m gonna start calling audibles and change the whole line around, start doing this depending on how he plays the game. 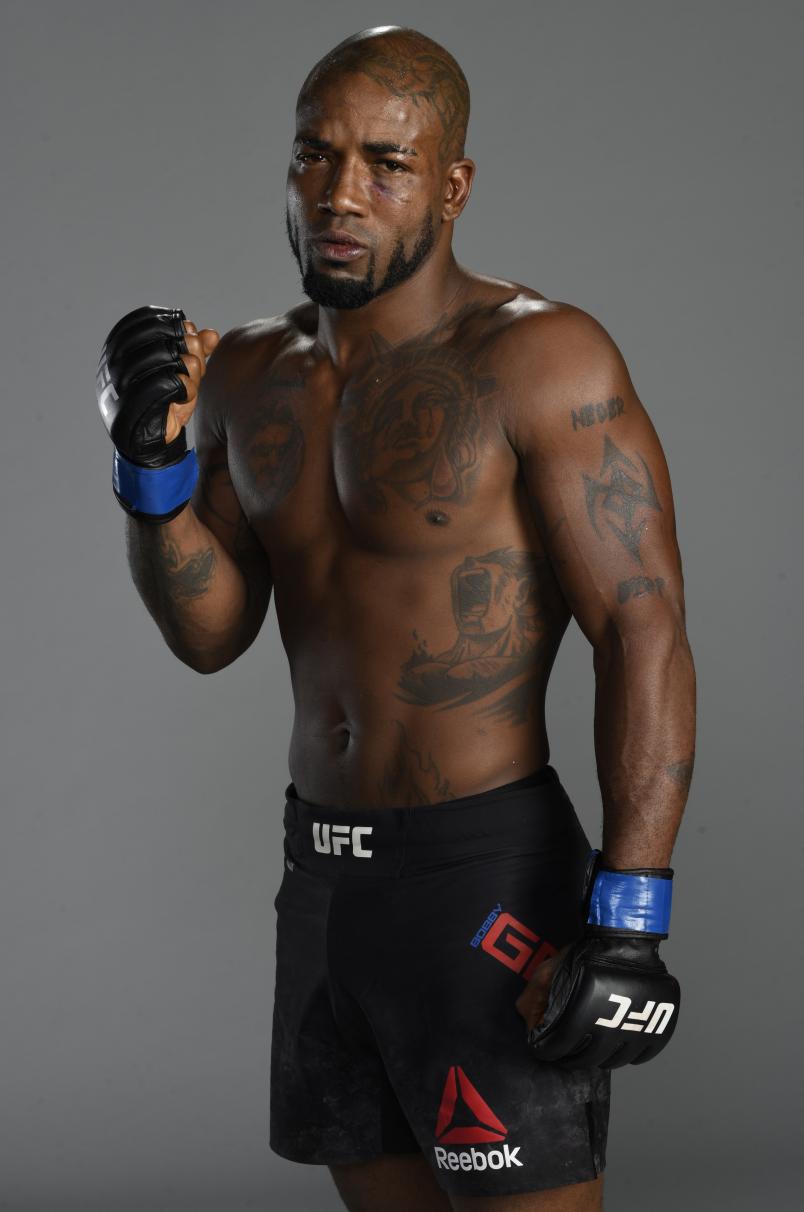 Bobby Green poses for a portrait after his victory during the UFC Fight Night event at UFC APEX on August 01, 2020 in Las Vegas, Nevada. (Photo by Mike Roach/Zuffa LLC via Getty Images)

“So if he chooses to stand or go to the ground, I’ll make the different adjustments.”

Saturday night, Green will once again make the walk to the Octagon, making his 17th appearance in the UFC, competing for the 41st time in his 14-year career.

He’ll dive from the cage door into the center of the fighting space, hitting a perfect tuck-and-roll before springing to his feet, eager to start having fun, making reads, and trading blows with Iaquinta.

But most of all, he’ll be out there doing the same thing he aims to do every time he crosses that threshold.

“It’s always been the same: I put my heart out there and I really want to grab people,” he added. “I want to get people out of their seats.”

With an approach like that, and having emerged from the trials and tribulations he’s endured to be an open, vulnerable, empathetic man seeking to help others do the same, how could you not encourage people to check out Green’s story and stop judging this tremendous book by its cover?