Ahead Of His First Career Main Event, Bobby Green Is Relishing The Rewards From Years Of Hard Work
By E. Spencer Kyte, on Twitter @spencerkyte • Feb. 23, 2022

Personally and professionally, Bobby Green has always been this guy.

Inside the Octagon, he has always been an entertainer, a showman — someone hell-bent on giving fans their money’s worth, having fun, and performing to the best of his abilities each and every time he steps into the cage.

Outside the Octagon, he has always been community-minded and focused on the bigger picture, working to be an example to those living through the same extreme circumstances he’s navigated during his 35 years that you can change your stars and do not have to be defined by what’s around you or what others think of you.

The only thing that is different is that more people are starting to pay attention.

“It’s kind of surprising,” Green said of the increased attention, just a few days prior to stepping into the Octagon against streaking contender Islam Makhachev in his first UFC main event. “It felt like just when I was kind of ready to give up at trying to get people to understand me, (people started to understand). But I just stay focused on my mission, keep doing what I do, and if people find it, people find it, and if they don’t, at least I tried.”

Even the way all of this has come to pass isn’t exactly new. 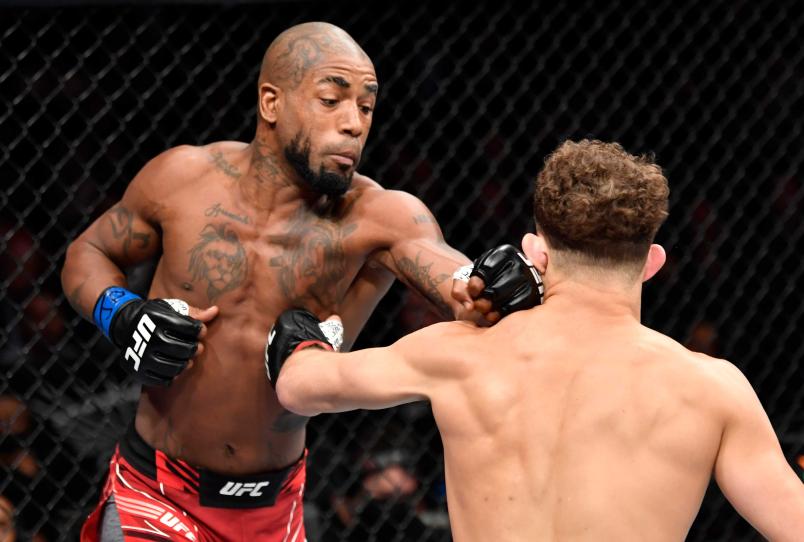 Green’s profile has skyrocketed in the last four months on the strength of consecutive victories over Al Iaquinta and Nasrat Haqparast; the former a first-round knockout win at Madison Square Garden in New York City, and the latter a dominant three-round effort two Saturdays back, where the veteran defeated the young hopeful.

It’s not the first time he’s registered consecutive victories inside the Octagon — he won four straight at the outset of his UFC career, and posted three wins in four months in the summer of 2020 — and he’s deftly picked apart opponents the way he did Haqparast many times over during the course of his 42-fight career, which has made the fact that more people are suddenly taking notice and reaching out a little disorienting for the passionate and articulate veteran.

“It just happened overnight — I didn’t know it was going to go like this — so I’m still getting adjusted to it,” said Green. “It has happened so fast, there are so many messages, and I’m still maybe in awe? In shock? In disbelief? I don’t know what word I can use, but I’m just really lost with it and trying to get used to it.

It is really happening, and it has been accelerated even more based on the course of events that landed Green in the main event this weekend.

His victory over Haqparast at UFC 271 was a standout effort on the pay-per-view portion of the card and garnered a great deal of attention in the moment, with UFC broadcast Jon Anik opining in the immediate aftermath of the contest that Green has never looked better and is deserving of a main event opportunity, few expected it to come two weeks later against arguably the most avoided man in the division.

But when it was announced that Beneil Dariush had suffered an injury and would be unable to compete against Makhachev, Green’s name was quickly put forward as a possible replacement on social media. No more than a couple days later, he was confirmed as the streaking contender’s new opponent.

“It’s bittersweet,” he added. “It’s kind of thrown at me. It doesn’t feel like it was meant to be because it’s the hand-me-downs, you know? But I’m grateful for the opportunity.” 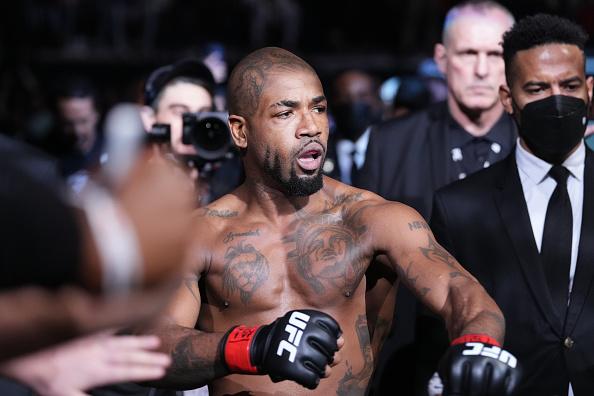 Bobby Green walks out prior to facing Nasrat Haqparast in their lightweight fight during the UFC 271 event at Toyota Center on February 12, 2022 in Houston, Texas. (Photo by Josh Hedges/Zuffa LLC)

Bobby Green walks out prior to facing Nasrat Haqparast in their lightweight fight during the UFC 271 event at Toyota Center on February 12, 2022 in Houston, Texas. (Photo by Josh Hedges/Zuffa LLC)

And it is a tremendous opportunity, even if it comes under less-than-ideal circumstances.

Currently stationed at No. 4 in the lightweight rankings, Makhachev enters on a nine-fight winning streak. He garnered the last three of those wins last year, all by submission, during an eight-month stretch that propelled him from being a potential dark horse in the championship chase to the champion-in-waiting in the eyes of many observers.

His fight with Dariush was viewed as a title eliminator of sorts — a pairing between the third- and fourth-ranked fighters in the division, with the winner expected to face whomever holds the belt following this spring’s clash between Charles Oliveira and Justin Gaethje in the second half of the year.

There is a real possibility that Makhachev will still be next in line to fight for UFC gold if he’s triumphant this weekend, leading many to wonder if the same opportunity would be afforded to Green should he end the grappler’s dominant run and pick up his second win of the month.

One person who isn’t worried about any of that, however, is Green. 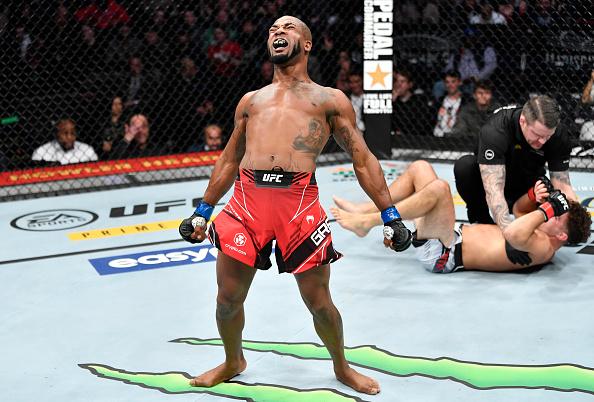 Bobby Green reacts after his knockout victory over Al Iaquinta in their lightweight fight during the UFC 268 event at Madison Square Garden on November 06 2021 in New York City. (Photo by Jeff Bottari/Zuffa LLC)

“It’s just ‘continue to keep doing me,’” he said when asked if the increased attention and talk of title opportunities changes anything for him. “I’m trying to stay true to myself.

It makes complete sense that Green isn’t straying from who he is and how he operates because a title opportunity could be waiting in the wings or now that more people have started to take notice of him — he’s been this way from the jump and has always been comfortable in his own skin, so why would he change now?

That being said, as someone that has chronicled his journey, heard him speak with passion about his past, his purpose, and constantly being misunderstood or misrepresented, it’s incredible to see one of the most genuine, most entertaining, and most compassionate people in the sport finally getting his due.

All hail the “King,” Bobby Green.