The Blueprint - Silva vs. Sonnen II 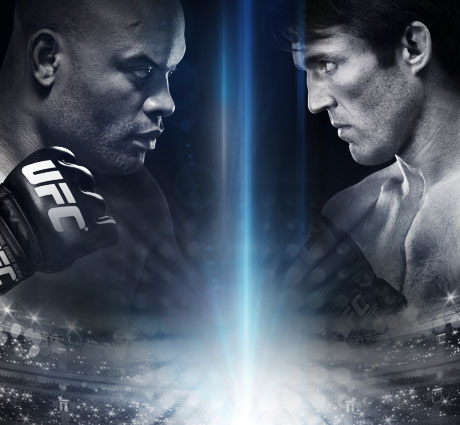 Anderson Silva is the most accomplished fighter in the UFC.

Ten of those bouts were championship fights.

All of those are UFC records.

Yep, this guy is also the very best fighter in the world, pound for pound. There is no intelligent argument to the contrary. When it is all said and done, he may go down in the annals of history as the best to ever compete in the sport. If he wins on Saturday night in the main event of UFC 148 and happens to walk away, it will be extremely difficult to argue that anyone in history has enjoyed a better career in the sport.

But he first has to win on Saturday night, and that is far easier said than done. Why? Because Silva will rematch the only man who has come even remotely close to defeating him inside the Octagon—Chael Sonnen.

On August 7, 2010, Sonnen came within two minutes of handing Silva his first UFC loss. He beat the champion from pillar to post for 22 minutes, winning each and every round on my scorecard. Then, he made a mistake. It was the sort of mistake that rewrites history.

Actually, it did rewrite history. What looked like certain defeat for the champion as the fifth and final round got underway suddenly turned into a stunning submission victory. It was the most shocking come-from-behind victory that I’ve ever seen, when one takes into account what was at stake.

The fight raised several questions. Sonnen is a great fighter, make no mistake about it. But his UFC record heading into that fight was a so-so 4-3. Did Silva take him lightly? Did he really compete with an injured rib? Or is that old truism popping back up again—styles make fights? Does Sonnen have the perfect style to end the longest championship reign in the history of the UFC?

We will find out on Saturday night when the pair dances one more time in the main event of UFC 148.

On paper, this is an amazing matchup. Silva is at his best when he is fighting against aggressive opponents. Yet, the best way to beat him, as Sonnen proved, is to get in his face and take the fight to the champion with no respect or fear, forcing him to fight against the cage or from his back.

I think it is safe to assume that Sonnen will try to execute the exact same game plan that he used in the last bout. It is the same game plan he uses in every fight. Sonnen is aggressive to a fault, coming forward with reckless abandon in the never-ending quest for a takedown.

In the first fight, Silva sat back and tried to counter Sonnen’s aggressiveness with a single big shot. It was a massive mistake because Silva wasn’t able to land that single counter, so he ended up on his back in each and every round.

Silva may have tremendous takedown defense—to the tune of an 80% success rate. But Sonnen isn’t just another fighter trying to take him down. This guy is one of the best wrestlers in the sport.  He twice earned Division I All-American honors at the University of Oregon and scored a spot as an alternate on the U.S. Olympic team for the Sydney Games in 2000.

He used those skills to slice through Silva’s takedown defense like a knife through warm butter. And once he put Silva on his back, the champion was basically stuck there, forced to endure the relentless ground-and-pound attack that has become Sonnen’s trademark over the years.

It bears mentioning that, while Sonnen’s strength is his wrestling and ground-and-pound game, his Achilles’ heel is his submission defense. All four of his UFC losses, including his loss to Silva, came by submission. There are three logical explanations for that hole in Sonnen’s game. Either he gets overly aggressive on the ground, lacks the knowledge to recognize a submission in time to properly defend the hold, or, what I think is the most likely reason, he simply has concentration lapses when attacking.

On the feet, these guys are night and day different. Silva is a standup maestro. He is both a legitimate homerun hitter and a technical savant. That is an unbelievably rare combination. Think about it for a moment. Silva can turn out the lights with a single punch, kick or knee thrown with any of his four limbs. Yet, he is also skilled enough to pick apart an opponent with quick, precise shots designed to damage, not destroy.

Sonnen, on the other hand, remains a work in progress in the standup arena. I won’t go so far as to call his striking novice, but is certainly run of the mill, particularly compared to what Silva brings to the table.

It suffices to say that Sonnen can’t win unless he gets the fight to the ground. Sure, I know that anyone can win a fight with a lottery-winning strike. That won’t happen on Saturday. I guarantee it.

The keys to victory, therefore, are very straightforward for each man.  Silva must tactfully counter on the feet and use good lateral movement to try and keep Sonnen from cutting off the cage and tying him up.  If he finds himself nearing a clinch, go ahead and attack in traditional Muay Thai fashion by grabbing the back of Sonnen’s neck and bombing knees to the body and chin.  Even the best wrestlers have a terribly difficult time trying to deal with experts in the Thai clinch.

If he finds himself on the ground, Silva should remain active with his transitions because Sonnen is very susceptible to being submitted.  There is no doubt that Silva has the game to take an over-extended arm and roll into an arm bar or slide up his hips for a triangle. He did just that in their last fight.

If a submission doesn’t present itself quickly, Silva should abandon that game plan, open his guard and stand up.  Sonnen has never submitted an A-level fighter in his career.  Silva won’t be the first.  There is no real risk for Silva opening his guard and working feverishly to get back to his feet in order to avoid losing round after round on the cards by fighting from his back.

As mentioned, Sonnen has but two keys to victory:  takedowns and submission defense.  It’s that simple.

In order to maximize the odds of getting a takedown, Sonnen should charge forward like he does in every fight, but he should not wildly throw punches while closing the distance.  Silva will destroy him in that scenario.  The better approach is to feint while rushing in.  Silva will continually reload his counter and circle in the face of feints or retreat, just like he did in their first fight.

When he is not closing the distance for a takedown, Sonnen needs to stay well outside of Silva’s range. He has to be far enough away so that Silva cannot strike him. When he wants to take the fight to the ground, he has to head into the eye of the storm, but do it quickly so that he gets all the way in before Silva has a chance to uncork more than a strike or two.

All the way in or all the way out. That is Sonnen’s motto.

Will Sonnen repeat his amazing effort from 2010? Will Silva prove that the first fight was a fluke? Are both men healthy this time? Is Silva fully recovered from his injured shoulder and knee? Is he getting a bit long in the tooth at 37 years old? Is Sonnen Silva’s kryptonite just due to the ‘styles make fights’ adage?

All those questions will be answered on Saturday night.

What is my prediction? My brain is telling me that Silva will put on a career-defining performance and obliterate Sonnen in a round or two. But there is this little voice that is yelling, “Hey, don’t forget the first fight. Sonnen won’t lose focus in the last round this time around.”