In the final installment of a two-part blueprint, Michael DiSanto breaks down the UFC 145 keys to victory for former light heavyweight champ Rashad Evans... 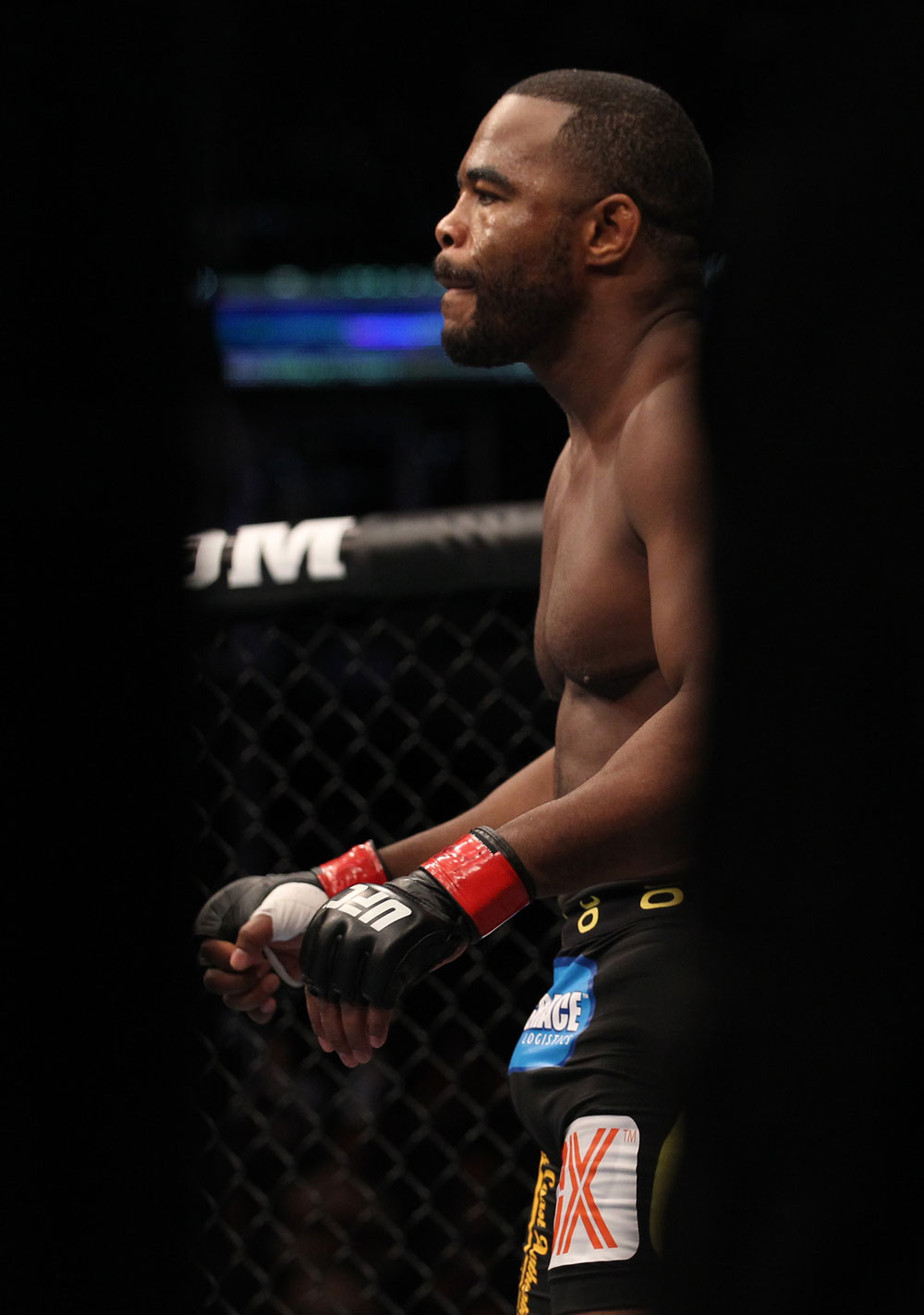 On Saturday night, Rashad Evans will set out to accomplish something that no other fighter has accomplished. Defeat Jon Jones.

Yeah, yeah, I know Matt Hamill technically owns a win over Jones via disqualification. If you watched that fight, you also know that Jones completely dominated him and was seconds away from scoring a TKO win before the illegal 12-to-6 elbows. The illegal blows did not even cause the stoppage, as Hamill was unable to continue due to a shoulder injury.

So nobody has had any true measure of success against Jones yet in his career. But Rashad Evans isn’t just another fighter. He is a former champion with but a single loss on his own record. He holds stoppage wins over UFC legends Chuck Liddell and Tito Ortiz. And, most importantly, he has spent untold hours in the gym training and sparring with Jones.

That last fact is undoubtedly the most critical in terms of Evans’ chance at scoring an upset win. In fact, it may actually give him the edge, if you believe people who have witnessed those sparring sessions.

Everyone who faces Jones in combat struggles to deal with his length and striking creativity, primarily because it is impossible to replicate in sparring sessions, which leaves his opponents unprepared come fight time. Most also struggle with his offensive wrestling due to his tremendous Greco-Roman base. And nobody has ever taken him down in a fight. As a result, nobody has been able to defeat him.

Evans doesn’t fall into either of those categories. He is very familiar with Jones’ length and striking creativity because they have competed in standup-only and full MMA sparring sessions on many occasions. Even though Evans could not find a sparring partner to replicate Jones’ standup skills during this training camp, that doesn’t erase the historical knowledge base he has from all of the sessions at Greg Jackson’s MMA academy.

Evans is also, arguably, the better wrestler of the two, whether we are talking straight wrestling or wrestling for MMA. Granted, Jones has the best takedown success ratio in UFC light heavyweight history. But Evans has taken down each and every opponent who he has attempted to take down inside the Octagon, and he also has the most successful takedowns in UFC history, across all weight classes.

More importantly, though, Evans has taken Jones down in practice—many times. Word out of Albuquerque has always been that once Evans takes him down, Jones can’t work back to his feet and definitely doesn’t have the submission game from the guard to pose much of a threat to Evans.

That is the abridged version.

Yes, we are talking about practice, not actual competition. Yet, unlike with the Iverson situation, where he was defending his decision to skip practice, we are talking about the outcome of two guys who are ultra competitive sparring. That is certainly relevant data when breaking down the fight. It may not be outcome determinative data, but it is relevant data nonetheless.

Jones will absolutely be a different fighter come “go time” than he was in the training cage. So will Evans. Jones has definitely grown as a fighter since his rift with Evans ended their friendship and training partner status. So has Evans. Jones will have some new wrinkles added to his game – new combinations that he likely never attempted full speed in sparring with Evans, particularly spinning kicks or any sort of strike with his heel or elbow that could injure his then-friend. Evans will have to deal with those as a matter of first impression, but he has probably seen just about everything else.

Evans knows what he has to do to win on Saturday night. He needs to get inside of Jones’ long strikes, whether by pressing the action or slipping and countering. The former will force Jones to fight while moving backwards. That is a tough way for anyone to win because it is nearly impossible to throw any sort of strike with authority (unless your name is Chuck Liddell) while retreating. The latter opens the door for Evans’ overhand right, one of the most effective weapons against taller fighters and also his money punch.

Evans also needs to try and bait Jones into over committing on his power shots. Taunts will help with that. These guys don’t like each other. If Evans is having some success on the feet and starts to taunt Jones, the champion will likely react by swinging for the fences. That opens the door for Evans to change levels and get the fight to the ground.

Once on the ground, Evans can really do damage. Opponents don’t easily escape Evans’ top control, so he will be able to wear down the champion and curry favor with the judges, once he scores a takedown. That will be big because Jones isn’t used to fighting from behind.

If I was cornering Evans, I don’t think I would want him to spend much time in the clinch with Jones. Sure, that is a great position to sap some energy from an opponent. But Jones is likely the better Greco guy, so it may allow him to score a throw-style takedown. I don’t know if he can do that to Evans. But nobody else has been able to do much to prevent it in the past.

I would only advise fighting in the clinch if Evans was confident about the position due to their training history together. These guys know in the back of their minds who the better clinch fighter is. For that matter, they know who is the better striker, wrestler, Monopoly player and just about everything else.

The fact that Evans has campaigned so hard for this fight suggests to me that he truly believes that he will win on Saturday night. Unless he is totally delusional, that confidence has to be the result of their sparring sessions, which, again, is noteworthy data.

Will Evans pull it off? I don’t know. I think the Evans of the past – the ultra-confident homerun hitter who feasted on foes with his unbelievably fast fists – has the best chance to defeat Jones. The problem is I don’t think that Evans exists any more. We haven’t seen him since his loss to Lyoto Machida. Every time Evans faces someone with any kind of fistic power, it seems as if he is wondering if the knockout punch is just moments away.

Luckily for Evans, Jones doesn’t have true one-punch knockout power. If he does, we certainly haven’t seen it yet. Maybe the Evans of old will resurface. Maybe, just maybe, it will be the same Rashad Evans who obliterated Liddell and destroyed Forrest Griffin.

If that guy truly doesn’t exist anymore, then Evans needs to do just what he has done in basically each fight since losing to Machida – use calculated strikes to set up takedowns and control the action from the ground. I don’t know if he can take down Jon Jones, but I certainly wouldn’t put it past him. Not by a mile.

At the end of the day, I think this fight is much closer than most believe. He certainly has a much better chance than the massive betting line suggests. If I had to pick a winner, my gut leans towards Jones, but for some reason, my head leans towards Evans.

How is that for sitting on the fence?