The Blueprint: Rampage vs. Hamill

Who will win Rampage vs. Hamill on Saturday night? Michael DiSanto breaks it down... 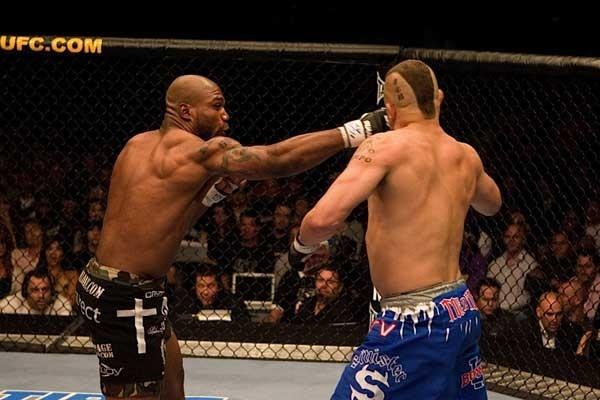 Former UFC light heavyweight champion versus an alumnus of the hit reality show, The Ultimate Fighter.

On a UFC 130 card filled with intriguing bouts, it certainly is the matchup with the most at stake. No question about that.

Jackson is desperate to return to the top of the 205-pound mountain, and he wants to regain his title far more than he will ever admit. Defeating fellow former champ Lyoto Machida his last time out put the man called “Rampage” in prime position to enjoy a five-round bout if he can only rack up another win or two.

Hamill is in the midst of a five fight winning streak. There aren’t many top light heavies that boast a longer current run of success. Granted, one of those wins was by disqualification in a bout that saw Hamill get completely dominated. No matter.  A win is a win.

The former reality show contestant erased some of the sour taste of that win (over current champion Jon Jones) his last time out by handing former champion Tito Ortiz a thorough beating. Hamill knows that a win over Jackson propels him into rarified 205-pound air, possibly swapping places with Jackson on the short list of possible future title challengers.

The fight between Jackson and Hamill will likely be decided by one or two questions. First, can the former collegiate wrestler take down the former UFC champion? If answered in the negative, Hamill has virtually no shot at winning, other than looking for a lottery-winning strike.

I know. I know. Lots of recent fights have come down to those very questions. Mixed martial arts is one of the most difficult sports to handicap because of the multitude of outcomes. Yet, fights often are decided by the lone question of whether the fight remains on the feet or unfolds largely on the ground. This fight is no different.

Fortunately for Jackson, Hamill has shown an overwhelming preference for standing and boxing with his opponents early in fights. He seems to have fallen in love with his hands since his days on TUF. That is good for the excitement meter. Not so much when it comes to facing Jackson.

The former UFC light heavyweight champion is one of the best pure boxers in the division. His punches are thrown crisply and explosively. He can lead behind the jab or sit back and counter with the best of them. And Jackson possesses legitimate one-punch knockout power in both hands. Mix in his ability to slip punches and it is easy to see why he prefers to stand and bang with opponents.

Standing and banging is just what the doctor ordered against Hamill. Despite his love of fighting on the feet, Hamill is a neophyte striker compared to Jackson. He fires his jab with a hitch, slightly cocking his left before letting it go.

Jackson has the skills to take full advantage of that fault in Hamill’s delivery. With his superior hand speed, Jackson can remain active with feints and jabs of his own, until he sees the hitch. At that moment, he should fire a right hand straight down the center. Maybe he slips slightly to his own right first, in which case he would fire the right over Hamill’s jab. But that added bit of complexity is not necessary. Not with Jackson’s speed.

The fight will come to an abrupt, painful end if Jackson is able to land one of those rights on the button. Hamill has a great chin. He has only suffered one loss by knockout. That occurred at the hands of another former champion, Rich Franklin, though it was due to a liver kick to the body, not a punch to the jaw.

It is safe to say, though, that Hamill has never faced anyone with Jackson’s show-stopping power. Granite jaw. Titanium jaw. Adamantium jaw. It doesn’t matter. Jackson can put his stamp on any substance coating another man’s mandible.

Of course, Jackson has far more in his arsenal than just a big right hand. Wanderlei Silva can testify to the effectiveness of his left hook. Actually, he probably has no recollection of the punch that separated him from consciousness. It was picture perfect. Check out the video. I guarantee Hamill has seen it and knows what is in store if he recklessly circles to his own right with his hands low, something else he has a tendency to do in fights.

So, what does Hamill have to do to get the fight to the ground? Again, somewhat unfortunately for the former TUF star, he must engage Jackson on the feet long enough to make the former champion believe that he is not interested in a takedown. Once Jackson gets comfortable with the fact that Hamill isn’t going to shoot, he will begin loading up on his punches, particularly lead left hooks. That is one of Jackson’s less desirable tendencies when he faces a fighter he doesn’t respect on the feet.

Unnecessarily loading up on lead power punches typically means that the attacker is winding up. 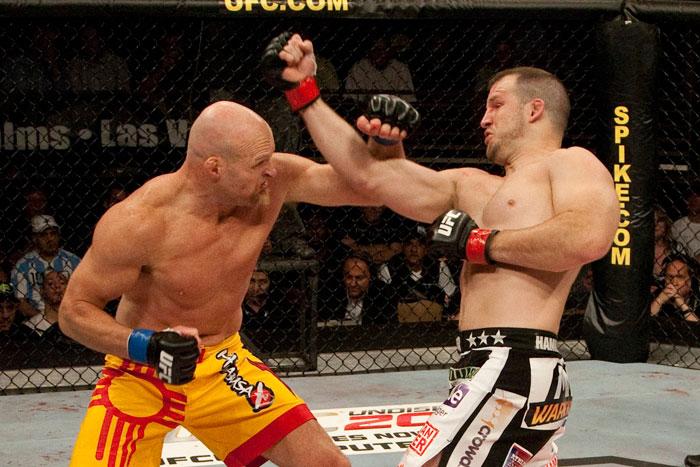 Hamill isn’t the fastest light heavy in the sport, but he has good quicks for a big man. He is certainly quick enough to change levels and shoot underneath a punch thrown from halfway across the country. The tell sign will be Jackson loading up on his left side just before he uncorks his left hook. Hamill should shoot as soon as he sees that happen.

Haphazard takedown attempts will result in nothing. If Hamill comes out shooting recklessly, he will run into an uppercut, yet another shot in Jackson’s arsenal that he can use to turn out the lights in a split second.  Well disguised takedown attempts or those triggered off of Jackson over committing, a la Rashad Evans, are a great way to penetrate one of the better takedown defenses in the division.

Once on the ground, Hamill should forget about passing the guard. He is not a Brazilian Jiu-Jitsu guy. Attempting to pass will do nothing other than open the door for Jackson to scramble back to his feet. Hamill should instead pound away inside Jackson’s guard. Use punches and elbows to soften up the knockout puncher. Don’t get crazy. Just remain active so there isn’t a standup.

It reads simple enough. Each man has a very clear blueprint to winning the fight. But, alas, fights rarely go as predicted. Who knows? Hamill may land a big right hand of his own, which could prompt Jackson to revert back to his PRIDE days and look for a huge slam. That could devolve the action into a battle fought from the clinch. I still like Jackson in that scenario, but not nearly as much as I do when the fight is more of a boxing match.

Note that I keep referring to the standup as a boxing contest not because I forgot that kicks are an integral part of finding standup success in an MMA bout but because these two rarely throw kicks. Hamill is more likely to fire off a high kick than his foe. But I doubt kicks will play any significance in the outcome on Saturday night.

Who am I picking to win? This fight has RAMPAGE written all over it. In some ways, Hamill is tailor made for him. The problem, though, is that Jackson’s mind wanders, from time to time, when facing guys he believes that he should defeat. That can lead to trouble because, at the end of the day, Hamill is a legitimate 205-pound contender, which means he can defeat anyone on any given day.