In the first of a two-part blueprint, Michael DiSanto breaks down the UFC 145 keys to victory for light heavyweight champ Jon Jones... 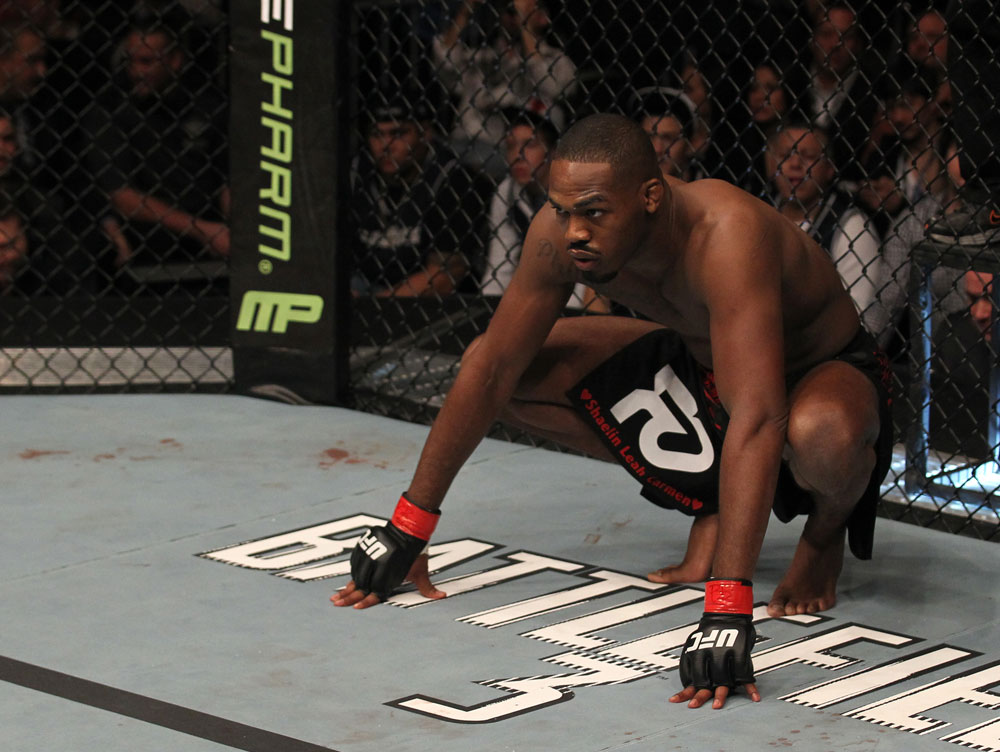 He is, by most accounts, the chosen one.

Just 24 years old, Jon Jones is the reigning UFC light heavyweight champion. He became the youngest man to ever win UFC gold when he defeated Mauricio “Shogun” Rua 13 months ago. And he has seemed pretty close to unbeatable in two fights that followed – one-sided submission wins over former champions Quinton “Rampage” Jackson and Lyoto Machida.

On Saturday night, he faces former friend and training partner turned bitter rival, Rashad Evans. With all the press attention and continued questions about their falling out, it is likely that this will be the most emotional fight of Jones’ career.

Jones wants this win as badly as any in his career to date. I guarantee it. That, in and of itself, could pose a problem. Jones has to be very careful not to fight from emotion, but instead to remain calm, cool and calculating, like he has in each of his previous 16 professional fights.

Forget knockouts. Forget trying to hurt Evans. Just fight like it is any other fight. Otherwise, he is playing right into his opponent’s game plan because over aggressiveness on the feet opens the door for takedowns, and that is the one area that Jones wants to avoid at all costs.

Keep in mind that Evans’ main focus in this fight will likely be to take Jones to the ground. He reportedly had success in keeping him there during their training sessions at Greg Jackson’s academy. Word out of Albuquerque is that Jones struggled to work back to his feet against Evans, who has one of the better top control games in the division.

It is likely, therefore, that Evans will come out looking to do whatever he can to get the fight to the ground to bring back that sense of déjà vu from their prior training sessions. That is when Evans will be his most confident and Jones will be at his most vulnerable.

Of course, that isn’t the only reason for Jones not to go nuts on the feet. Evans also has homerun power. I know he hasn’t shown it much in recent fights, but this guy has the speed and power to leave Jones or anyone else lying in an unconscious heap in the Octagon with a single punch.

Jones knows that. He also knows that he enjoys the technical standup advantage, as well as nearly a 10-inch reach advantage, which means avoiding any unnecessary phone booth exchanges in order to minimize the odds of eating a fight-ending counter or otherwise getting taken down.

So, how does that play out in practice?

Simple. Jones should do exactly what he does in every fight – control the distance with the jab, whether from the orthodox or southpaw stance. The champion has one of the best jabs in the division. He fires it with tremendous speed and accuracy without a hitch or anything else that tips it off. And he throws it equally well from either stance, which is almost unheard of in mixed martial arts.

Jones can potshot Evans with the jab from a safe distance due to his height and reach advantages. Continuous focus on his footwork to keep changing angles off the jab is also critical because it further reduces Evans timing the jab with a counter or duck-under takedown attempt.

Continual movement is critical because Evans has a slight speed advantage in this fight. His hands are about as fast as they come. The way to counter speed is with movement and a jackhammer jab, whereas the jab in isolation leads to getting countered.

Anyone who watched Alexander Gustafsson batter Thiago Silva knows what I’m talking about. That was a perfect display on how to frustrate an opponent with a stick-and-move strategy. Silva, who is the more powerful striker of the two, was left completely baffled by Gustafsson’s movement and potshotting attack. Gustafsson ate counters the few times he stood still to admire his work. Jones needs to keep that in mind.

Single jabs aren’t enough, though. Jones needs to double up on the jab from time to time, as well as firing good one-two combinations followed by a cleanup leg kick. That will keep Evans guessing, and a fighter who is guessing is a fighter who doesn’t confidently pull the trigger, if he pulls it at all.

As Evans’ frustration builds, Jones can start to mix in his crazy, highlight reel strikes. You know, spinning backfists and elbows, the occasional flying knee or spinning kick, or anything else that strikes his fancy. He needs to be careful about unleashing those too early because those strikes open the door for takedowns, other than maybe spinning backfists.

Similarly, Jones should forget about lead leg kicks. Those are too dangerous in terms of takedown opportunities, particularly early in the fight. Finishing counters with leg kicks, on the other hand, is a tremendous way to start hammering away at Evans’ explosiveness, but the kick must immediately follow the right hand to avoid creating openings for counters.

The one thing I’m not sure of, as I sit here and write this breakdown, is what Jones should do if Evans is able to sneak inside and initiate a clinch. Should he defend and retreat? Should he fight the clinch battle and look to use his unbelievable in-fighting game to further batter his foe? Or, should he look for a judo or Greco throw?

Conventional wisdom suggests that Jones shouldn’t engage Evans where he is the strongest, which is the wrestling realm. But I thought the same thing when Jones fought Brandon Vera, a tremendous wrestler in his own right, and Matt Hamill.

I wonder if either Vera or Hamill can match Evans’ MMA-style wrestling? I’m inclined to argue that Evans is the best MMA-focused wrestler in the division.  He has proven that time and time again with his ability to take down just about anyone, and certainly stuff takedowns from everyone.

But Jones is an athletic freak. He continually shocks me when he fights. He hasn’t been outwrestled yet in his career. What makes anyone think that Evans will be able to pull that off?

I honestly don’t know. What I do know is that both Jones and Evans have a sense as to how the wrestling battle will unfold thanks to their history as training partners. Jones knows if he can neutralize Evans’ wrestling. Evans knows, too. I must admit, however, that I don’t know.

Unless Jones knows for sure that he can win the takedown battle, I think he is best served fighting at a distance, just like he did with Quinton “Rampage” Jackson and how Gustafsson did with Silva (though for other reasons).

If he does that, he will present Evans with an exceedingly difficult riddle to solve. If he does that and remains focused on not creating unnecessary openings, I think he is the favorite to win.

But nobody can count out a guy like Rashad Evans. He is a former champion in his own right and still one of the very best fighters in the world, one who is fully capable of putting a momentary halt to the Jon Jones saga. That is why this is must-see TV.