The Blueprint: Jake versus Jake

On September 17th, Jake Ellenberger faces Jake Shields in New Orleans in the main event of "The Battle on The Bayou." Michael DiSanto previews this welterweight war... 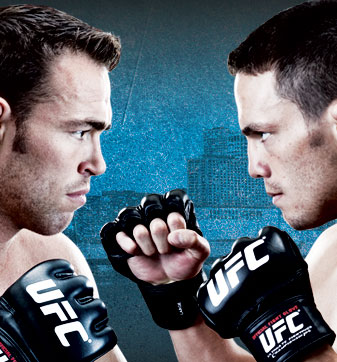 Jake Ellenberger is one of the most promising prospects in the UFC welterweight division. Actually, calling him a prospect doesn’t pay him the proper respect. Despite the fact that he only has five fights in the UFC, the 26-year-old mixed martial artist is viewed by some as a legitimate top 10 talent. A win in his next fight will undoubtedly earn him a seat at that elite table, something that Ellenberger desperately wants.

Getting that win will be anything but easy.

On September 17, Ellenberger will face the toughest test of his professional career by leaps and bounds when he squares off against one of the very best fighters in the world, Jake Shields, in the main event of UFC Fight Night. The former Strikeforce middleweight champion has only lost once in his last 16 fights, dropping a hard-fought five-round decision to welterweight superstar Georges St-Pierre back in April. That bout followed a shaky effort that led to a split decision win over Martin Kampmann in his UFC debut.

Shields will be coming to New Orleans hungry to make an example out of Ellenberger on September 17. He wants to prove to the world that he is better than his two UFC efforts and that he remains one of the truly elite welterweights in the world. A decisive win over Ellenberger will accomplish that goal.

Like many other bouts before it, this one will likely be decided by which fighter can dictate where the action unfolds. Both men are former amateur wrestlers, but only one of them wants the action to hit the ground—Shields.

Jake Shields is one of the very best submission grapplers in the world. His Brazilian Jiu-Jitsu is otherworldly. This guy is a black belt under Cesar Gracie, and that is no small feat. The Northern California-based Gracie is about as stingy with black belts as the IRS is with unearned refunds. That means Shields is a black belt’s black belt. That may sound silly, but everyone in the game knows that there are many different levels of black belts, and Shields is at the front of the line.

It’s not that he is a submission wizard. The guy doesn’t have a submission arsenal that rivals that of teammate and close friend Nick Diaz. If he does, he hasn’t shown it in competition. No matter. The handful of moves that Shields relies on in competition are executed at such a high level that, even when opponents know what to expect, they simply cannot stop it.

Ask Dan Henderson about that one. The former Olympic Greco-Roman wrestler was repeatedly taken down by Shields (something that speaks to his elite wrestling ability, rather than his BJJ skills). Once on the ground, he could not mount any office whatsoever. He had nothing in terms of escapes or sweeps, and he did not dare risk posting up with his arms in an effort to stand up because a fight-ending choke hold absolutely would have followed.

Instead, he stayed on the bottom and took his medicine, eating ground-and-pound strike after ground-and-pound strike. Keep in mind that we are talking about the guy who just knocked out Fedor Emelianenko, a guy many thought was the best fighter in the history of the sport just a few short years ago. Hendo crushed Fedor, but he was dominated by Shields.

Ellenberger, by contrast, is a blue belt. That is one step removed from a novice, as far as world class fighters go. The guy has solid wrestling skills and a vicious ground-and-pound game, but he wants no part of Shields on the ground. Trust me on that one. If he says otherwise, it is merely to try and cover up his own justifiable insecurities about facing one of the best in the world where he is at his best.

Mark my words, if this fight spends more time on the ground than it does on the feet, Shields will win. On the feet, however, it is a completely different story.

Ellenberger is the alpha male when it comes to fight-stopping power on the feet. He throws his hands with bad intentions, always looking for the knockout. And he knows that Shields is there to be hit.

It’s not like Shields is a novice on the feet. Far from it. But he has a terrible habit of fighting with his chin up and his hands down. Henderson almost took advantage of that in their Strikeforce championship bout, knocking down Shields in the first round and almost finishing him.

But Shields has a tremendous chin and a big heart. He is one of those guys who fights on autopilot when hurt, rather than cowering from an attacker. If Henderson wasn’t able to stop him with a single shot, it is tough to imagine Ellenberger doing it.

It is not tough to imagine Ellenberger beating him up on the feet, though. GSP and Kampmann both did just that in Shields’ previous two UFC bouts. Ellenberger is not anywhere near GSP or Kampmann on the feet, but he is no joke, either.

Word out of California is that Shields has made significant improvements to his standup game since his last fight. That says something because his standup looked to have improved by leaps and bounds between the Kampmann and GSP fights.

It would not surprise me to see him come out and stand with Ellenberger, just to prove a point. I don’t think that is the best game plan, but it wouldn’t surprise me. Improvement or not, the standup realm is where Ellenberger has his best chance at winning. Shields knows that. He should not play to that strength.

In the clinch, Shields should be the bigger, stronger man. Ellenberger hasn’t shown the ability to really dominate in the clinch. Sure, he is excellent at taking the fight to the ground from that position, but he hasn’t shown any real Muay Thai ability.

Shields hasn’t really shown those skills, either. But he has been a regular for the past decade at the San Francisco-based Fairtex, which is one of the top Muay Thai gyms in the country. So, he certainly has some tricks up his sleeve in the form of sneaky elbows from the clinch. Like Ellenberger, he prefers to use that position to get an opponent down, something that Ellenberger must be very wary of, as mentioned.

Ellenberger should keep all of that in mind and look to outpoint Shields from the outside. He has quick, straight punches, which should serve him well, if his foe fights with his traditional heads-up, hands-down style. He should watch how GSP used his jab, good movement and excellent footwork to stay off of his back and win the fight on the feet. That is Ellenberger’s best chance at winning the fight.

Unfortunately, though, I just don’t see it. Not this time. Not yet. Ellenberger is a great prospect, but fighting Shields is a whole different level from his last three fights. In time, Ellenberger may get to that level. I just don’t think he is there yet.

Of course, I’ve been wrong before. Lots of times, actually. A win by Ellenberger would be a massive springboard for his career. It will quickly erase the thoughts of his loss to Carlos Condit and place him among the division’s top 10, for sure