The Blueprint: Henderson vs. Edgar II 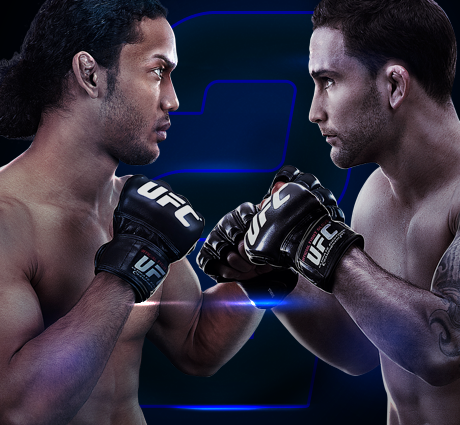 On February 26, 2012, Benson Henderson defeated Frankie Edgar in a spirited affair that earned him a fat bonus check for Fight of the Night honors and, more importantly, a shiny gold trinket also known as the UFC lightweight championship belt.

Nearly six months later, it’s time for Henderson and Edgar to run it back.

Rematches seem to be the order of the day for the 155-pound strap. This is the third consecutive rematch series involving both Edgar and the division title. It all started with his career-defining two-fights with BJ Penn. Edgar then had to deal with the first man to ever defeat him, Gray Maynard, in back-to-back fights. And now, he gets that same opportunity against the only other man to score a win at his expense, the reigning champion Benson Henderson.

The matchup this time around is the exact same as it was back in February. In the days leading up to that bout, I wrote:

Benson Henderson will be the bigger, stronger man when he steps into the cage to challenge Frankie Edgar for the UFC lightweight championship this Saturday night. In fact, he will likely be the bigger man by 10 pounds or more, which is a big difference when comparing lightweights.

That is an extremely relevant point when analyzing the main event of the UFC’s long-awaited return to Japan. It’s not relevant in the sense that it is a unique disadvantage for Edgar to overcome. He faces the same uphill battle in every fight.

It is relevant because Henderson may very well be the first man since Gray Maynard in April 2008 who will come to the cage keenly focused on actually using those physical superiorities to his advantage during the fight. In other words, I firmly believe that Henderson is coming to take the title by putting on a wrestling clinic.

Well, he had better show up with that kind of game plan. Otherwise, he won’t stand much of a chance at winning, absent the ever-present chance at landing a fight-altering strike.

Henderson beat Edgar doing precisely what I suggested he should avoid – standing and striking with him. I grossly underestimated his ability to dominate the fight with kicks. His constant attack with that strike, including the best upkick of 2012 to date, led him to victory.

I’m guessing that Henderson will switch up his game plan this time, because there is no doubt that Edgar will be focused on defending and countering Bendo’s kicks. It will undoubtedly involve more catch and takedowns, but this time, I’m guessing that Edgar will be more cautious when Bendo is on his back, careful not to catch another upkick to the grill. I firmly believe that single strike is what ultimately proved to be the difference maker for the new champion.

Thus, Bendo will be better off changing up his attack this time to keeping the division’s former ruler guessing because I still maintain that, if that upkick had not occurred, the outcome might have been different. For me, that begins and ends with takedowns. Yes, I know. I’m going right back to where I was back in February. Maybe I’m hard headed. But I firmly believe that takedowns are the key to Bendo defending his title.

Not only do I believe that to be the key to victory, I think Bendo can stop Edgar if he repeatedly puts him on his back. I know that reads a bit like crazy writing. After all, Bendo hasn’t stopped an opponent in his UFC career. I don’t care. I think takedowns are the key, if he wants to stop Edgar for two reasons—conditioning and tactics.

Edgar is as close to the Energizer Bunny as we have in the lightweight division. Well, him and Clay Guida. He is a master at creating angles for his punches. Bendo needs to slow him down, if he wants to have a lot of success on the feet. The upkick that rearranged his face served to accomplish that in the first fight. I think pounding on him from the top position and making the ex-champion use up his reserves to work back to the feet are the answers this time around. That is the benefit to being the bigger, stronger fighter, and Bendo is certainly that.

I think the worst part of Edgar’s offensive game is his guard. He isn’t going to submit Bendo from his back. Not a chance. That means he needs to look for sweeps and escapes. If Edgar is constantly posting and turning to work back to his feet, it will open the door for the champion to snake around to his back and look for a choke or even to sneak in a standing guillotine. Chokes are Bendo’s best technique when looking for a submission.

I’ve spent a lot of space writing about how Bendo can win the fight. I won’t spend the same amount of space on Edgar. Why? Not much has changed since the first time around. He needs to move a bit more. But throwing lots of hands, catching kicks and scoring takedowns remain his path to glory.

I firmly believe that Edgar is the better standup fighter. He is crisper, quicker and more varied in his attacks. He gave BJ Penn a two-fight lesson on striking, which is an amazing accomplishment. Sure, Bendo’s kicks present a unique problem for Edgar compared to his prior opponents. But he will be more prepared to deal with them this time around.

He also needs to chill out with the whole diving in for ground and pound, if Bendo is on his back. He should slide into position, rather than diving in. That reduces the odds of another heel to the grill.

On the ground, Edgar has to maintain proper positioning to avoid getting swept and then score points with his fists and elbows. I don’t mind him getting a bit overaggressive, because I don’t see many sweeps happening, and I definitely don’t think that Edgar needs to be overly concerned about Bendo working back to his feet because that is where Edgar should have his biggest advantage—should being the operative word.

At the end of the day, I think this fight will look a lot like their first bout. I think it will be extremely competitive, possibly leading to a disputed or controversial decision. Who is going to win? Yesterday, I thought Bendo would take it. Today, I lean toward Edgar. Tomorrow, who knows? All I know is that these two are so evenly matched in terms of skill level and their styles mesh so well together that I think they could fight 100 times and the outcome would be razor-thin each time. In other words, I expect one heck of a fight on Saturday night.