The Blueprint - Franklin vs. Silva II

Wanderlei Silva seeks revenge for his 2009 loss to Rich Franklin when the two meet this Saturday in the main event of UFC 147 in Brazil. Michael DiSanto breaks it down... 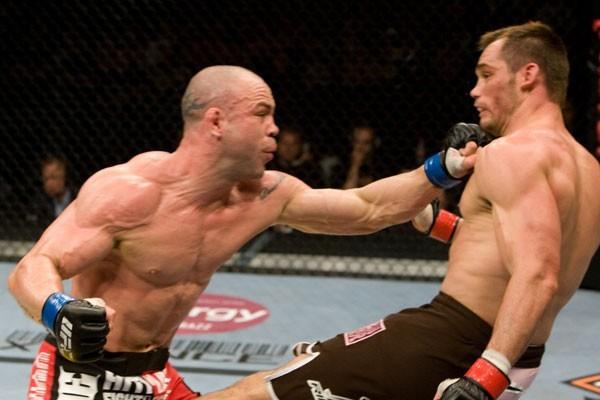 That may seem like the blink of an eye to a parent watching his or her child grow. But it is a lifetime for a professional athlete, particularly professional fighters.

Six years ago, Wanderlei Silva was one of the most feared men on the planet. He wasn’t necessarily the best mixed martial artist in the PRIDE Fighting Championships. After all, his forte wasn’t technique.  He was the scariest fighter in PRIDE, and his forte was pain.

The Silva intimidation bubble took a major hit as the calendar moved into the second half of 2006. He suffered a series of brutal knockout losses. Let the PRIDE 205-pound championship slip through his grasp. Moved to the UFC for major high-profile fights and continued what turned out to be the roughest stretch of his professional career, losing six out of eight fights.

Just when the so-called experts were ready to write off the former champion, he agreed to take a marquee matchup against striking specialist Cung Le. It was a matchup that many felt was nothing more than a UFC coronation for Le.

Someone forgot to send Silva a copy of the memo. After a rough opening round, Silva turned the tables on Le with a series of savage punches and knees, resulting in one of the most spectacular come-from-behind knockout wins of his career to reestablish his relevance in the UFC middleweight division.

Silva was supposed to follow up that performance with a career-defining opportunity against bitter Brazilian rival Vitor Belfort. The pair coached opposite each other on the UFC’s first installment of The Ultimate Fighter Brazil. But it wasn’t to be. Belfort suffered a broken hand in training a few weeks ago, and that derailed a rematch that had been 14 years in the making.

But all was not lost for Silva. With Belfort out, UFC head honcho Dana White needed to find a suitable replacement to headline opposite Silva in this weekend’s event.

Make no mistake about it.  Franklin is more than just a replacement opponent.  He is a fighter who can erase all the momentum Silva built up with the Le win by putting on a shutout or knockout performance against “The Axe Murderer.”  Silva knows that is a possibility because Franklin came ultra close to a virtuoso performance the first time the pair competed.

Yes, that is right. Silva-Franklin is also a rematch, just like the fight it replaced. The pair locked horns almost three years ago to the day at UFC 99. Franklin was flawless through the first two and a half rounds. He dominated Silva with movement, crisp punches from ever-changing angles and well disguised kicks to the body.

But two and a half rounds is not a full fight. In the second half of that final round, Silva, who had been chasing Franklin all night, finally landed one of his trademark winging punches. The blow clearly rocked his foe, but it was too little, too late. The final bell sounded before Silva could score a dramatic knockout win.

The judges rightfully awarded the decision to Franklin. Silva was beside himself with disgust, believing that he was robbed of a hard-earned victory.

As a result, fans shouldn’t expect there to be any slip in focus from Silva due to the withdrawal of his rival. There will be plenty of motivation to avenge his 2009 loss to Franklin.

In order to win, Silva must jump on Franklin like a lion trying to take down a healthy water buffalo.  He cannot hesitate.  He cannot timidly fight on the outside.  He needs to throw caution to the wind, step into the heart of darkness, plant his feet and go to war with those wide, looping right and left hooks.  He needs to make this a slugfest so that he can put Franklin to the chin test—again.

If he doesn’t do that, he will get picked apart early and possibly stopped in the second or third round. There is no doubt that Franklin is the superior fighter, in terms of technique. Anyone doubting that statement should pop in the DVD from UFC 99.

My guess, though, is that long-time fight fans aren’t surprised by that statement, because as Silva was in PRIDE, he was never (nor is he now) the best technical striker in the business.  What he lacks in technique, though, he makes up for with sheer power and aggressiveness.  Most fighters aren’t comfortable fighting someone who is constantly in their face, particularly when their attacker has an advantage in power and killer instinct.

Franklin falls into the “most fighters” category. He wants no part of fighting Silva in a phone booth. He knows that from their first encounter. He will, therefore, look avoid unnecessary exchanges at all costs.

The former middleweight champion will remain committed to a game plan that forces a very technical fight that unfolds principally on the outside. Franklin will throw hands early and often, just like he does in every fight.  He will pump the jab as a range finder and fire straight left hands and cleanup right hooks, as well as three- and four-piece combinations, mixing in kicks to the legs, body and head.  He will continually vary his attack because he knows that he does not strike with the same force that Dan Henderson, Mirko Cro Cop, Chris Leben and Quinton Jackson do—the four guys who stopped Silva with strikes over the last decade.  But he can pepper opponents from the outside better than any of those guys, and that is precisely what he will look to do on Saturday night.

If pressed for a pick, this is a matchup that favors Franklin. Then again, the Le matchup didn’t favor Silva, either. And we all know how that one turned out.