The Blueprint - Benavidez vs. Johnson 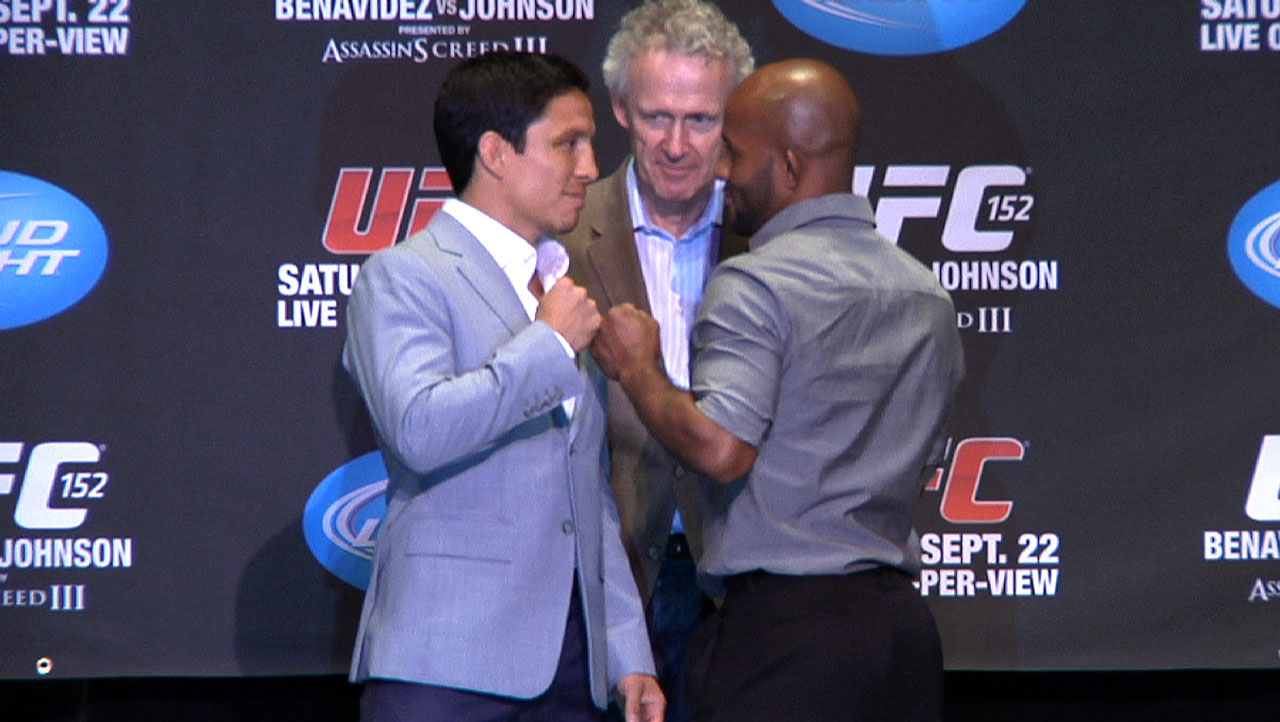 What’s up with the little fellas?

That is the uninformed reaction I often receive when I begin talking about grown men who weigh 125 pounds fighting each other. Then, it is typically followed by an asinine statement along the lines of “there is no 125-pound man in the world who can whip my [insert favorite term for rear end]...my girlfriend weighs that much.”

That sort of talk typically comes out of the mouth of someone who weighs somewhere in the 180-pound vicinity. But that isn’t a fighting weight 180 pounds. We’re talking very out of shape walking around 180 pounds. Translate that into a real fighting weight, and we’re now talking about somewhere in the 135- to 145-pound range. Of course, that is if Mr. Bigmouth would even have the stones to fight at any weight. But that is a different op-ed piece altogether.

The informed reaction is more along these lines: “How insanely fast and well conditioned are those guys? Watching them fight is like watching light heavyweights compete with the DVR on fast forward, except they never seem to get tired.”

No two UFC competitors embody that thought more closely than Joseph Benavidez and Demetrious Johnson, which is probably why they are currently considered the top two 125-pound fighters on the planet. On Saturday night, the pair will square off to crown the inaugural UFC flyweight champion.

On paper, the two combatants are almost mirror images of each other. When they stand across from each other inside the Octagon, they will look very similar physically, and both men entered the sport with a solid amateur wrestling background – Benavidez with one year of collegiate competition and a high school state championship; Johnson with a couple of near misses in the high school state finals.

Both challenged Dominick Cruz for a 135-pound world championship – Benavidez two years ago in the WEC; Johnson last year in the UFC. Both lost by judges’ decision in entertaining fights.

Both have competed 18 times as professional mixed martial artists with only two losses. Each of those losses came by way of judges’ decision. Neither has been knocked out or submitted as a professional. And both tend to win by submission more than any other outcome.

Seems like a pretty even matchup, doesn’t it? It certainly does from my standpoint. But there are some key differentiators that could ultimately decide the fight on Saturday night.

Statisticians often claim that numbers don’t lie. If that is the case, then this matchup seems to favor Johnson.

Interestingly enough, “Mighty Mouse” is both the more accurate striker and also the more successful wrestler, if one is judging purely by fight stats. In the nine fights tracked by FightMetric, Johnson has landed an average of 44 out of 90 strikes, which translates into a 44% connect rate. Compare that to Benavidez, who in 12 fights tracked by FightMetric, has landed only 28.5 out of 91 strikes. That is a major difference.

Game over, right? If Johnson is the more accurate striker and the better in-fight wrestler, then he should have few problems solving the Benavidez puzzle, right?

I actually think this is a matchup that favors Benavidez simply because he is the better finisher, which helps mitigate the risk of a crazy judges’ decision. To quantify that statement, the Team Alpha Male standout has scored knockouts or submissions in four of his 10 UFC/WEC fights. Compare that to Johnson, who has only won inside the distance once in eight UFC/WEC bouts.

What that tells me is that Benavidez likes to live a bit more on the edge than Johnson. He is going to throw bombs in search of a knockout. If the fight hits the ground, he will be hammering away for a stoppage, while remaining keenly aware of opportunities to slap on a submission.

Johnson, by contrast, will more likely come out with a stick-and-move game plan that is designed to allow him to score while looking for a takedown. Once on the ground, his game plan will likely focus more on control than damage. That is often a very effective strategy, but it also means that the more explosive Benavidez will likely have 25 minutes to find a mistake that leads to a stoppage.

Don’t get me wrong. I’m not suggesting that Johnson can’t win inside the distance. That is certainly possible. History merely suggests otherwise, so I’m suggesting that a knockout or submission win by Johnson isn’t probable.

Similarly, I’m not suggesting that Benavidez won’t win by decision. He certainly has the skills and gas tank to do just that. But he is the much more likely of the two to win inside the distance. And that is what makes me lean toward Benavidez on Saturday night.