A clash of up-and-coming Curtis Blaydes and Adam Milstead ended suddenly on Saturday, with a knee injury rendering Milstead unable to continue in the second round. Before the end came at Houston’s Toyota Center, it was a dominant effort from Chicago’s “Razor” Blaydes as he continues his move up the heavyweight ladder.

Blaydes slammed Milstead to the mat to kick off the bout, and several more slams followed, not allowing the Pittsburgh product to get any offense going. With 1:16 left, Milstead was finally able to get some daylight and rise to his feet, but Blaydes put the fight back on the mat moments later, cementing a big round for the Chicago native.

Replays showed Milstead injuring his right knee in the first round, and it just got worse in the second, as another Blaydes takedown caused Milstead’s knee to buckle. As the pain was evident on Milstead’s face, referee Kerry Hatley immediately stopped the fight. The official time of Blaydes’ TKO win was :59 of round two. 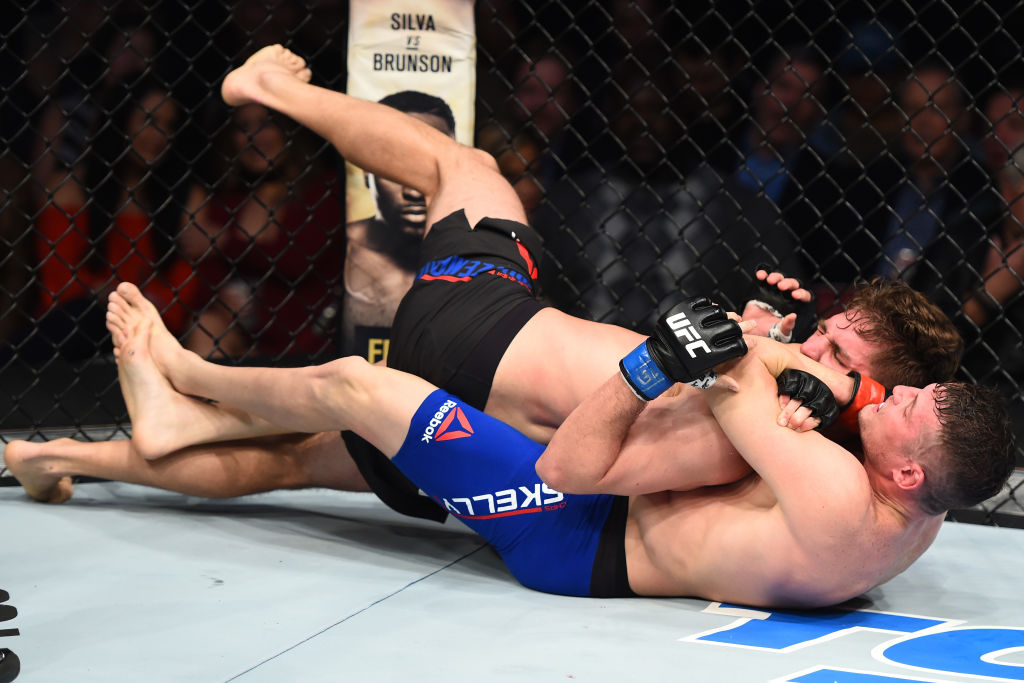 Arlington’s Chas Skelly continued to impress in his featherweight bout against Arizona’s Chris Gruetzemacher, putting on an MMA clinic before winning by submission in the second round.

Showing off sharp striking as well as his usual top-notch ground attack, Skelly clearly took the first round, and in the second he decided to end it, taking the bout to the mat, where he sunk in the rear naked choke that produced a tap out at the 2:01 mark.

Skelly ups his record to 17-2 with the win; Gruetzemacher saw a 12-fight winning streak snapped in falling to 13-2.

“Dana White: Lookin’ for a Fight” alum Ricardo Ramos made his UFC debut a successful one, outpointing Japan’s Michinori Tanaka in bantamweight action.

After a back and forth start, Ramos scored a knockdown of Tanaka with less than 90 seconds remaining in the opening round and landed several hard ground strikes in his attempt to finish. Tanaka survived that early onslaught and fought his way back into the fight in the second and third rounds, but didn’t do enough to get the nod on the scorecards, as two submission attempts by Ramos added points to his tally as he locked up his first UFC win. 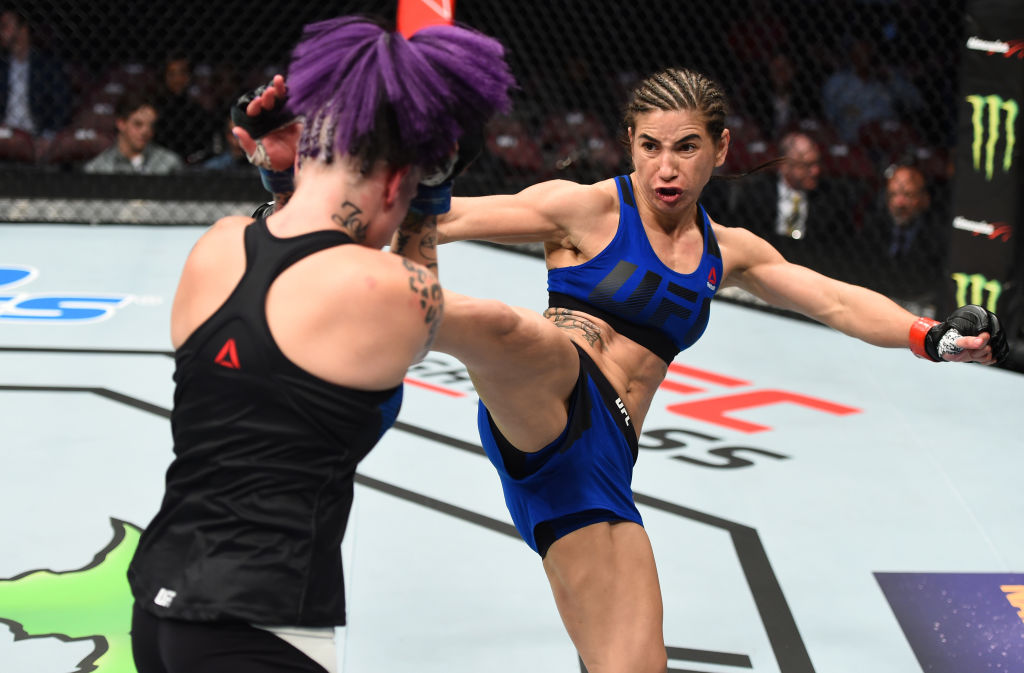 No. 6-ranked strawweight contender Tecia Torres bounced back from the first loss of her pro career to Rose Namajunas with a shutout three-round unanimous decision win over Bec Rawlings.

Torres’ speed and accuracy in the standup game allowed her to jump out to an early lead in the first round as Rawlings (7-6) wasn’t able to let her hands go. This drew an impassioned plea from coach Eric Del Fierro for the Aussie strawweight to make the bout a streetfight, and in the second, she followed those orders, having more success as she tried to brawl with Torres (8-1). But the “Tiny Tornado” was in control on the mat by the time round two ended, and she showed little, if any, fatigue as she went back to the corner. Nothing changed in the third, with Torres a step ahead all night, allowing her to pull away by identical scores of 30-27.

Unbeaten Niko Price rose from two first round knockdowns to score a come from behind knockout of Houston’s Alex Morono in the second frame of their welterweight bout.

Morono had a huge first round, scoring two knockdowns with his pinpoint accurate strikes. The second trip to the canvas might have ended the fight, but the horn kept Morono from finishing.

Price got back in the fight in the second round as he avoided much of Morono’s thunder, but it was in the closing seconds that “The Hybrid” ended the bout, as a right hand at the horn put Morono down and out, with referee Kerry Hatley calling matters off at the end of the frame.

The third time was the charm for Khalil Rountree Jr., as the Ultimate Fighter 23 finalist earned his first UFC win with a first round knockout of Austin’s Daniel Jolly in the light heavyweight opener.

Jolly went all-in to get the takedown in the opening minute of the fight, but as he did so, he left himself wide open for a flush knee to the head. That was all she wrote, with a second knee to the chest just window dressing before referee Chris Reed intervened, stopping the fight at the 52-second mark.