Jan Blachowicz is looking to extend his winning streak to five when he faces Thiago Santos in Prague.
By Gavin Porter • Feb. 20, 2019

Putting together a win-streak in the UFC light heavyweight division is no walk in the park.

Blachowicz has quietly taken care of business in his last four fights. The streak consists of hard fought wins over Devin Clark, Jared Cannonier, Jimi Manuwa and Nikita Krylov. On Saturday, Blachowicz will meet the surging Thiago Santos in the main event of UFC Prague. With two top talents like Blachowicz and Santos on display the people of Prague can expect fireworks.

We caught up with Blachowicz to discuss the UFC’s debut in Czech Republic, what he thinks about the match-up with Santos and more.

UFC: Jan, you’re headlining the UFC’s first ever card in Czech Republic. Does bringing the UFC to a new country mean anything to you?

JB:  It’s nice to be part of the UFC’s history here in Prague in the Czech Republic. It’s an amazing feeling. I can’t wait to step into the Octagon and start fighting against Thiago.

UFC: You had an impressive performance in your last fight against Nikita out in Russia. Do you feel like a great performance against Thiago will put you into the title shot conversation?

JB: Of course, I think that after my fight Thiago there is only a title shot. No other fight interests me.

UFC: Have you studied Thiago? Are you impressed with what he has done at light heavyweight so far? 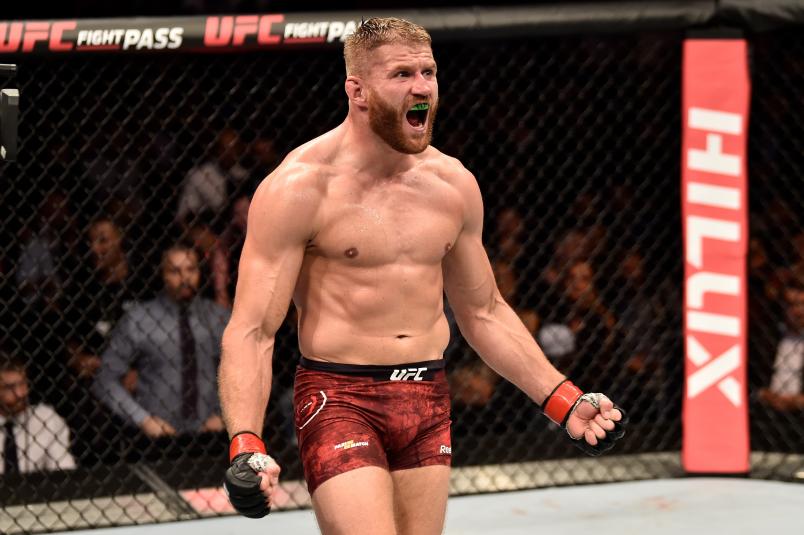 UFC: Jon Jones and Anthony Smith are fighting for the light heavyweight title in just over a week. Do you have any interest in that fight?

JB: First of all I have to fight against Thiago after that, of course I will watch the fight. But for now my mind is only on Saturday.

UFC: What does it mean for you to be so close to the top of the division?

JB: Finally it’s my time. You work for this all your life and it’s so close. I cannot f*** this up.

UFC: What are the keys to success against Thiago?

JB: Make fight with him, right hook and that’s it.