“There’s nothing like walking to the ring and fighting someone else who’s just as prepared as you are. Not many things will get you as excited after you do that a couple times. Everything else is boring.” - BJ Penn 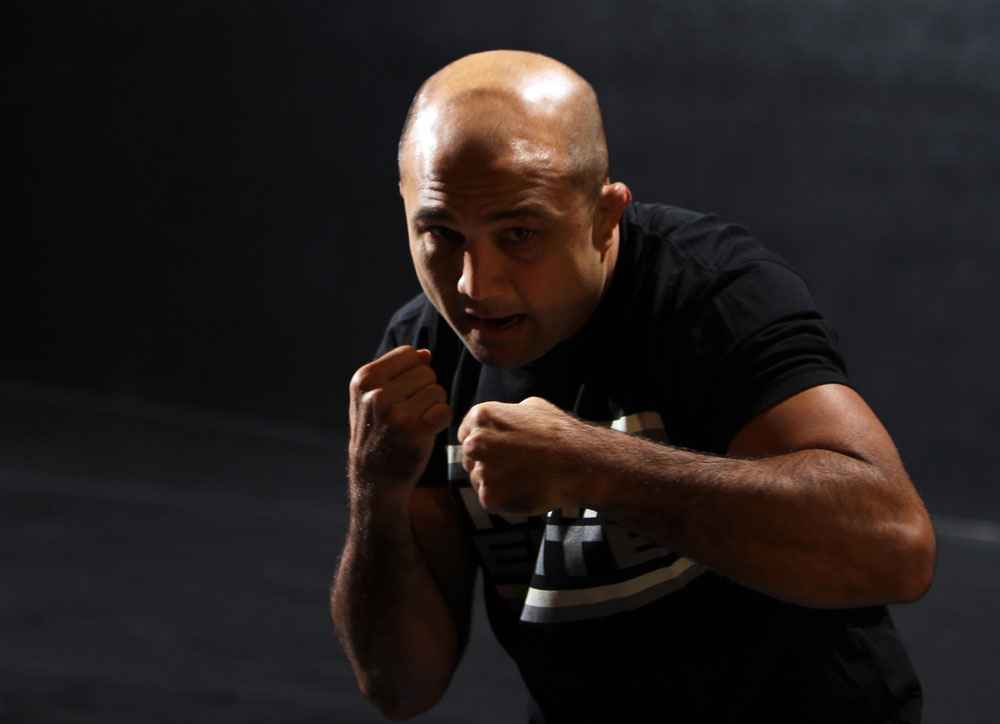 Life as a homebody just didn’t sit well with BJ Penn. Despite living in a Hawaiian paradise retirees would love to retreat to when their working days were done, at 33, the former two-division UFC champion still had some fight left in him.

“I was just hanging out, and being in the gym is better than sitting on the couch,” he laughed. “It’s kinda like I’m more afraid not to fight than to fight. I didn’t know what to do, I was just sitting around. This (fighting) is all I’ve been doing the last 12 years, I might as well do it again.”

So he’s back for the first time since his October 2011 loss to Nick Diaz in Las Vegas, taking on rising star Rory MacDonald on this Saturday’s UFC on FOX card in Seattle, and truth be told, few believed that his post-Diaz retirement was going to stick. It just wasn’t the way you would expect Penn to leave the sport, and remembering that his previous two performances were a one round knockout of Matt Hughes and a three round draw with Jon Fitch, there was still work to be done for someone who has been doing this for much of his adult life, even if he can’t pinpoint why.

“It does surprise me that somebody would want to keep doing it after a long time, but there’s nothing else like it,” said Penn. “There’s nothing like walking to the ring and fighting someone else who’s just as prepared as you are. Not many things will get you as excited after you do that a couple times. Everything else is boring.”

And usually everyone else is boring when it comes to Penn, one of the sport’s most compelling figures in and out of the Octagon. He said it best years ago when he admitted that whether he makes you laugh or cry, he will get a reaction, and there is no more apt description of the Hawaiian who emerged on the UFC scene in 2001 as “The Prodigy” and never stopped captivating audiences in the years since.

The Diaz loss was a disappointing one, as he was picked at and poked by the Stockton native for 15 minutes, losing a clear unanimous decision that led to a bruised Penn saying in his post-fight interview, “This is probably the last time you will ever see me in here. I've got a daughter at home, and another on the way. I don't want to go home looking like this; I'm done.”

It was a short-lived retirement. How short? Even Penn can’t put a finger on the exact moment he decided to return.

“I don’t know exactly when it was, I just felt it again,” he said. “I was sitting at home, and I’m like ‘I’ve gotta do something, I’ve gotta fight, nothing else.’”

Penn’s comeback didn’t surprise his family, saying “I think they kind of expected it,” but he admits that he doesn’t discuss fighting much with his four-year-old daughter Aeva (Penn and his girlfriend Shealen welcomed a second daughter, Kulia, in January)

“I still don’t really talk about it too much with the little girl,” he said. “My daughter’s four and she kind of knows, but I don’t really bring it up to her. I don’t think she wants me fighting again.”

The former welterweight and lightweight champion knows that he can’t fight forever, but he can do it now, and if a training camp with the likes of Tyron Woodley, Pat Healy, Ben Askren, and Josh Thomson, among others, hasn’t gotten him ready for this week’s battle, nothing will.

“Training camp is tough and it’s never fun, especially when you start getting close,” he said. “You fight tooth and nail for every round and you try to win, and your sparring partners are there kicking your butt every day and you’re in the mix with them, and that’s when I just say I’m just glad I’m not sitting at home doing nothing. (Laughs) I gotta say, I’m a trained man for this fight. I sparred a lot, and usually I’m not real big into sparring. I might spar a few times getting ready for the fight, but I’ve been sparring a lot and I’m ready to go, I’m ready to do this.”

The object of Penn’s focus this weekend? MacDonald, the Canadian phenom who Penn made a beeline towards when he decided to rejoin the active roster. And while a win over “Ares” will get Penn right back in the contenders’ line at 170 pounds, he also has an ulterior motive for wanting to get MacDonald in the Octagon.

“Rory’s a great fighter himself,” said Penn. “He’s got a lot of talent and a lot of things going for him, and I want to compete against him, number one, and on the other end I want to compete against TriStar again. Just in a friendly way, there’s no bad blood, but I believe I can do better. They can put their thinking caps on and I’ll put my thinking cap on and my gloves on and we can see how this next thing will play out.”

Why TriStar, the gym MacDonald calls home? Well, if there’s one loss that has never sat well with the Hilo native, it’s his 2009 rematch loss to Georges St-Pierre. GSP is a member of the TriStar team, so is MacDonald, so it all makes sense.

“I saw them making a push to build his (MacDonald’s) name and I just thought it would be a great fight all around – an up and coming guy versus a guy who’s been there for a while, and on the other side it’s very motivating for me to get to compete against TriStar,” said Penn, who has gotten progressively more amped up for battle as the months turned to weeks to days.

“At first I was just gonna go in, get into as good a shape as I could, and fight and do my best, but after the training camp I ended up having, I’m trained and I got some ideas and I got some stuff I want to execute when I get in the ring, and I’m very confident with the way this whole training camp has gone that this is gonna be a good fight for sure.”

Does that mean he has another title run in him if he wins? Penn isn’t sure, but he does make it clear that he’s winning the fight.

“Anything in the past is the past, and I think the good thing about fighters is we’ve got short memories,” he said. “I’d love to say title run, I’d love to say everything, but I’m just gonna take it one step at a time. We’ll see how I enjoy the fight on December 8th, and see if I like the way that I won, and then we’ll see what we’re gonna do next.”