A tribute to BJ Penn, who retired after his Sunday bout with Frankie Edgar... 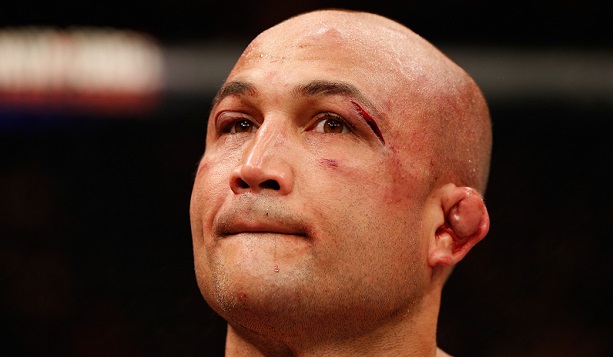 There was always a running joke among a couple members of the UFC production team and myself when it came to BJ Penn. Event after event we would trade our war stories, trying to top each other by revealing the journey it took to finally track down the ever-elusive “Prodigy.” After it was all over, we would laugh at the same punchline: “But when we got him, he gave us gold.”

Finally, after another chase that ended up with the aforementioned gold, I let Penn in on the joke. I told him “we chase you and chase you, and you drive us crazy, but when we catch you, you give us everything we need and all is forgiven.”

Penn broke out into a hearty laugh before letting me in on another secret.

“My girlfriend says the same thing.”

That girlfriend at the time, Shealen, is now the mother of Penn’s two daughters, and as she walked into the media room after his bout against Frankie Edgar Sunday night, you could see the pain on her face after watching someone who is more than just a fighter to her lose.

It wasn’t about the end result, but about seeing the end.

It’s probably one of the reasons why Penn called it quits at the age of 35, to not put his family and those close to him through watching him in decline, and all would agree that he made the right call.

Some would say that call was overdue, but how do you tell someone who has competed for much of his life not to do it anymore, to just stop? And maybe compete is the wrong word for what BJ Penn did.  Since May of 2001, all he did was fight. Or as he put it on his signature t-shirts he would “Just Scrap.”

And we loved him for it.

He wasn’t all talk though, like some who claim to be willing to throw down at a moment’s notice against anyone. Penn actually did it, from heavyweight to featherweight, against Lyoto Machida and Takanori Gomi, to Georges St-Pierre and Edgar. When you say he fought a who’s who of the sport, it’s no exaggeration, and it could be safe to say that we will never see a body of work among weight classes like that ever again.

He said it was because he wasn’t an athlete, though his athletic gifts always fascinated those who saw him work his jiu-jitsu, either in the gym or on fight night. You never told him that though. 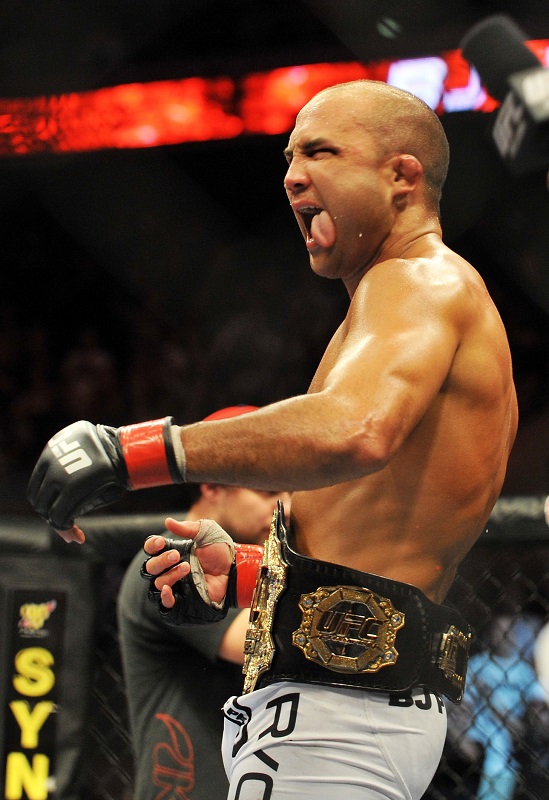 “An athlete can go and compete against anyone, anytime, has no problem with how he wins, and that means nothing to him; it’s just a W,” explained Penn before his rematch with Edgar in 2010. “A fighter is a perfectionist and an emotional person. He wants to do things perfectly, and if not, it’s not good enough. And in some ways he needs that emotion, he needs that drive for perfection to make him want to fight. I need to feel that to go out there and fight. An athlete can fight his friends. I can’t fight my friends. It’s harder for me, and I think that’s the difference between an athlete and a fighter.”

That emotion was evident throughout his 13-year pro career, one that hit the highest highs and the lowest lows. Those highs included UFC title wins at welterweight and lightweight, a feat only Hall of Famer Randy Couture has matched, and it’s a slam dunk that Penn will join Couture in the UFC’s Hall. As for the lows, it was almost as if we felt them with Penn, a fighter whose appeal translated not just to his loyal fans in Hawaii, but fans around the world, throughout the media, and to his fellow fighters. Not many garner that much respect, even in defeat. It wasn’t lost on Penn either, who remarked at the post-fight press conference that it was like he got more popular when he lost than when he won.

You couldn’t even chalk his appeal up to him having everyman status, because when you saw Penn at his best when he blasted out Caol Uno in 11 seconds in 2001 or submitted Hughes in their first fight in 2004, there was no way everyman could pull that off. No way.

But he didn’t carry himself like an MMA God. He respected and admired his fellow fighters, he greeted his fans like old friends, and when it came to the media, he treated everyone like they were from the biggest publication on the planet. 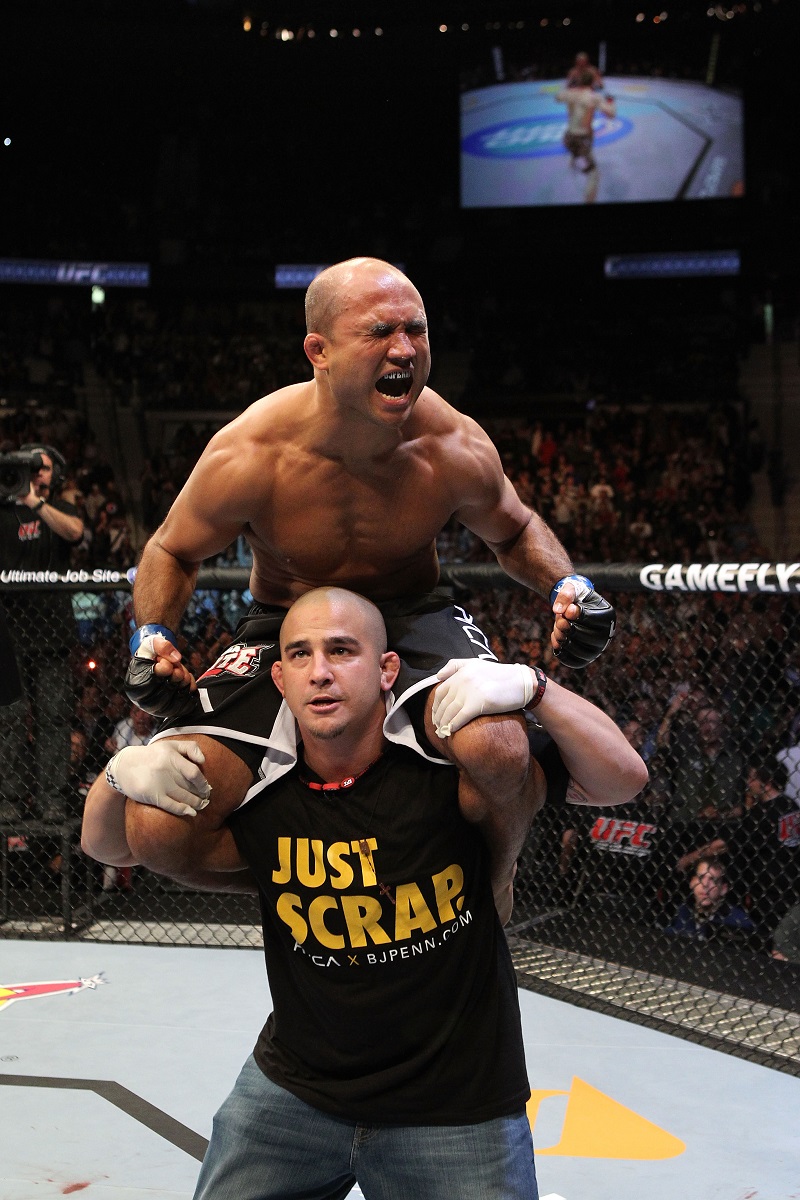 So what was it? Maybe it was while there was bravado in his pre-fight talk, there was also a grounded reality, a vulnerability that maybe things might not go his way. In late 2010, Penn told me that he had doubts before his third and final bout with Hughes. He had just lost two fights at 155 pounds – his optimum weight class – to Edgar, and a loss to Hughes back up at 170 pounds could have crippled his career.  What followed was a heart-to-heart with his brother JD back in the locker room in Detroit before the bout.

“JD, you know what, times have been tough lately for us, but I don’t care if I win or lose, I just want to show everybody why I started doing this,” said Penn to his older brother.

“BJ, I could care less if you win or lose too,” JD responded. “Go show everybody who you are.’”

Following that brief moment, Penn began yelling for UFC site coordinator Burt Watson to bring him into the Octagon.”

Penn won that fight in 21 seconds. It was his last victory, and not a bad one to have on your resume. The Hawaiian would continue to fight on, drawing with Jon Fitch before a three-fight losing skid against Nick Diaz, Rory MacDonald, and Edgar. He hinted at retirement after the Diaz fight, was expected to be done after the bout with MacDonald, but he came back one more time for Edgar.

He earned that chance, and he needed it to answer the questions in his head once and for all whether he still had it or not. Again, the end result doesn’t matter, even if this is the end.

BJ Penn was one of the greats. He will be missed. But he will always be remembered.