"The title shot is right there, and it’s there for the taking. All I’ve got to do is reach out and take it." - Michael Bisping 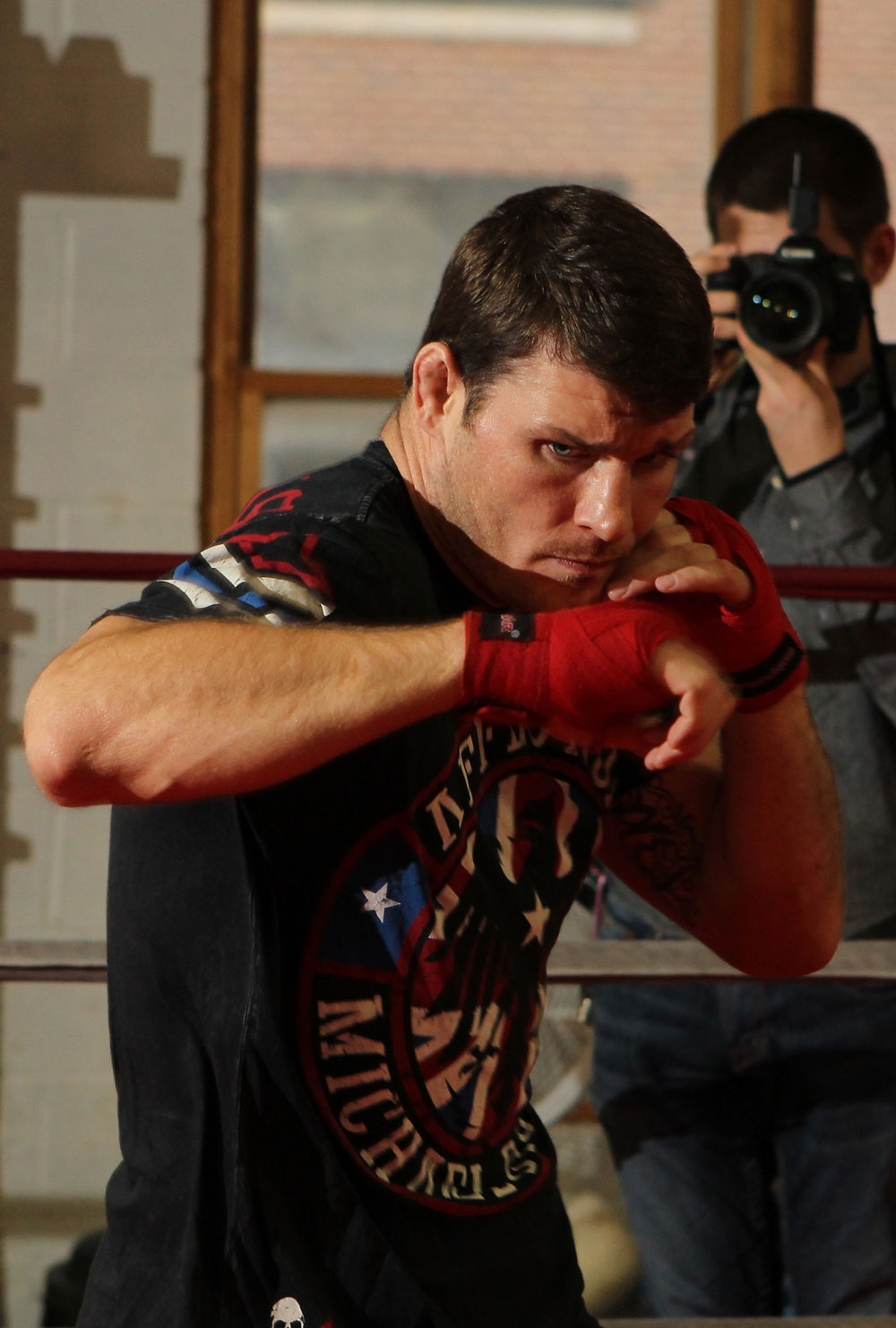 The moment Michael Bisping dispatched his coaching rival on season 14 of The Ultimate Fighter, Jason Miller, via third round TKO last December, it should have signaled the end of a long year that included two fights, two training camps, the taping and promotion of the show, and a move from his native Manchester, England to Southern California.

In other words, Bisping earned himself a break for the holidays. Yet less than a week after his win over Miller, “The Count” was getting a call from UFC President Dana White, asking him if he was interested in opening up the company’s second FOX card in Chicago against Demian Maia on January 28th. Bisping jumped on the opportunity.

“This is what I do,” he said. “I’m a fighter, this is how I make my money, and I like to be active. Doing The Ultimate Fighter was ten months off and that’s far too long for me. I don’t like to do that. I put a little weight on in between the Jorge Rivera fight (at UFC 127 in February of 2011) and the Miller fight because of The Ultimate Fighter, so I lost the weight, I was back in shape, I had a good performance (against Miller) and no injuries, and of course, when Dana White comes to you and asks you to fight on FOX, who am I to say no? That’s the man right there, and if that’s what he wants, that what he gets.”

Bisping’s acceptance of the bout was just another example of the Brit’s fighting spirit, something that occasionally gets lost in the midst of his trash talking with prospective foes. And let’s face it, taking on a short notice fight immediately after a previous one is always a less than ideal situation. Doing it when you’re in Bisping’s position, which is within shouting distance of a world middleweight title shot against Anderson Silva is even riskier. But the 32-year old didn’t flinch.

“Obviously there’s always a risk,” he said. “But if I’m gonna go out and be champion, I need to be able to beat these guys. If I can’t beat them, sitting on the sideline and twiddling my thumbs certainly isn’t gonna help me beat them. This is what I do, and let’s see what happens. If I beat him, great; if I don’t, then I don’t deserve the title shot, simple as that.”

There would be more twists and turns to this story though, as January 17th saw fellow contender Mark Munoz forced out of his co-main event bout with Chael Sonnen on the same card in Chicago. Bisping then got another call from White. Did he want to step up again, this time to face Sonnen for a shot at the middleweight crown?

Again, the answer was yes, and while some late-notice fighters have that shell-shocked sound to their voice in the moments after getting the news, Bisping sounded ecstatic last week, and he made sure to get in the first verbal jabs on the always quotable Sonnen.

“There’s no doubt about it, he’s a tough opponent, has great wrestling, and he’s a grinder,” said Bisping of the former middleweight title challenger. “But he’s got no submission defense, and Chael Sonnen’s best weapon is his mouth, and that’s something that’s going to be absolutely useless in this fight. I see a very bright future for Chael Sonnen as a used car salesman very soon.”

For fight fans and the media, the Bisping-Sonnen matchup is gold, not only in the Octagon, but outside it as well, and while the two have fired off some zingers at each other in the last few days, there is an obvious mutual respect between the two. You would think such a situation would favor Sonnen and not Bisping, since “The Count” has insisted in the past that he fights better when angry, but whether Sonnen unleashes a torrent of smack talk at him or not, Bisping is prepared for battle.

“The fact that I’m winning, the fact that I’m a natural competitor, the fact that I’ll lose almost half of my fight purse if I lose, the fact that if I beat him it gets me a title shot, that’s all the motivation I need,” said Bisping, who brings a four fight winning streak into the fight. “The fact that he may or may not be calling me names doesn’t really come into it. I have my goals that I want to achieve. Don’t get me wrong, it’s always nice and it always spices it up a little bit when they talk a little s**t, but I don’t need it.”

“And all trash talk aside, he’s going to be a very difficult match,” he continues. “The title shot is right there, and it’s there for the taking. All I’ve got to do is reach out and take it. But to do that, I’ve got to beat Chael Sonnen. I’ve had a week’s notice, it’s not perfect, but I am who I am, and I’m a fighter. Dana called me, offered me the opportunity, and I took it straight away. I may have only got a week’s notice, but there’s a lifetime’s worth of preparation coming into this.”

That may be the key. After all the sacrifices, the fights, the training, the media tours, and the ups and the downs, this is what Bisping has been fighting for. Now he just has to get past one 15 minute hurdle on Saturday and he will be that much closer to his goal. It’s almost as fate has intervened, because he’s gone from what promised to be a peaceful Christmas with his family to a major fight on national television that could very well change his life. Sounds like all the dominoes have lined up at the perfect time.

“Dana said I win this fight, I’m fighting for the title in a soccer stadium in the summer,” said Bisping. “It’s all there. The dominoes are lined up, and I’m gonna knock them down. Easier said than done, but if anyone can do it, I can.”