There is no doubt UFC middleweight champion Michael Bisping is enjoying one of the best years of his professional career while also making history outside of the Octagon.

Thousands of fans flocked to meet the movies stars at the Comic Con Experience in Sao Paul, to chat and take pictures with Bisping, Diesel and actress Nina Dobrev. The trio spoke to the public for about 20 minutes, after which Bisping said goodbye in good Portuguese: “Muito obrigado (Thank you), Brazil.”

RELATED: Watch all of Michael Bisping's fight on UFC FIGHT PASS now for free with 7-day free trial. See him win the title and make his first defense

Bisping was asked several times if his experience inside the Octagon had helped him while filming the movie's fight scenes, but it was Diesel who took the microphone and left no doubt about it.

“Michael Bisping has brought a lot in terms of the reality of the fight,” Diesel said. "He was always giving clues about our moves while we were shooting, always saying what we should do to create a better scene.” 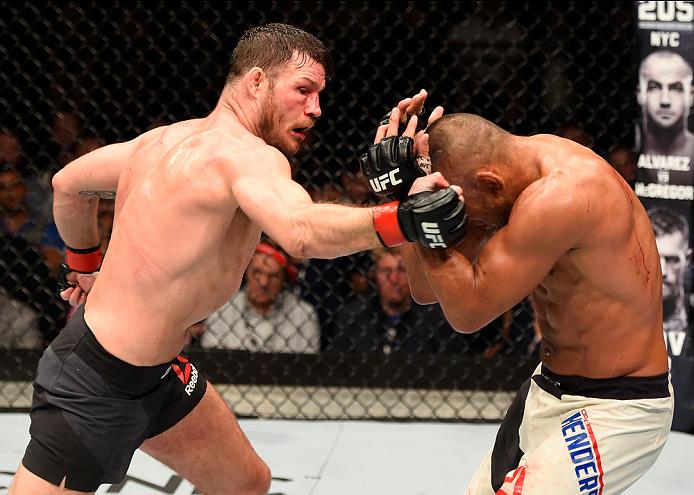 Unfortunately, some fans were unable to get into the theater to see their idols up close, but Comic Con accommodated them by utilizing a big screen outdoors to broadcast the appearance live. A relaxed, jovial Bisping joked when asked how was it to shoot the fighting scenes.

“You’re asking me how it went, or if I was beaten while shooting?” Bisping responded with a laugh. "Vin Diesel kicks my ass in one of (the scenes). We have a fighting scene together,
which is very cool. It was all very challenging to me, physically and psychologically.”

Bisping added that while he is a professional fighter at heart, he appreciated the opportunity to test his acting chops.

"I love to fight,” Bisping said, "but I was very welcomed to be in the movie.”