UFC Manchester suffers a shakeup to their main event. 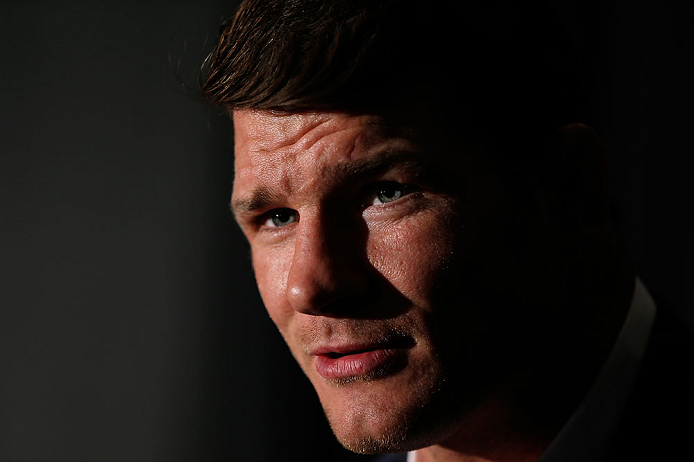 On October 26th, Manchester's own Michael “The Count” Bisping was set to return to British soil to battle Mark Munoz in the middleweight main event of UFC Manchester 2013.

But Bisping, England's biggest MMA star, has now been injured and will be unable to compete in the event. Munoz' new opponent is former light heavyweight champion Lyoto Machida. Brazilian Machida, who recently announced his move to 185 pounds, had been slated to headline Fight for the Troops on November 6th against Tim Kennedy.

"Words cannot describe how sad I am having to withdraw from my fight," tweeted Bisping in a statement on Friday night. "I apologise to the UFC, to Munoz and to everyone who bought tickets."

"We're going to get him the best treatment possible," UFC president Dana White said of Bisping in an interview with ESPN (read more).

"It is kind of a crazy turn," said Munoz in a Bleacher Report interview published Saturday. "Lyoto and I were planning on training together soon, but now we are going to fight. He is a friend of mine and we have trained together in the past, but that isn't something I have a problem with. Now, I'll make the adjustments in training and preparing for his style to make sure I'm ready when I step into that cage."

A new opponent for Kennedy will be announced in coming days on UFC.com.