For Bisping and Henderson, rivalry comes full circle at UFC 204

It’s about the middleweight championship of the world. It’s about history … but more than anything else, it’s about two guys who simply don’t like each other who want to knock the other one out.

What more could you want out of a fight?

Saturday night’s main event features two legends of the sport: champion Bisping, who is tied with Georges St-Pierre for most wins inside the Octagon (19 apiece). And Henderson, a legend of the sport who has 25 wins in major MMA competition (combination of UFC / PRIDE / Strikeforce), second most of all-time.

As impressive as those figures are, put those aside for the time being. Despite both combatants protesting otherwise in the buildup, Saturday’s Pay-Per-View main event matchup is about unfiltered animosity.

The feud began in spring 2009, when they were opposing coaches on The Ultimate Fighter, and it hit its crescendo at UFC 100 in July of that year when Henderson humbled Bisping with a second round KO.

Seven years later, Bisping readily admits that he’s “Embarrassed” by his performance and tries to claim it’s all in the past. But hear him talk enough, and you can tell that he still desperately wants revenge:

“Is it personal? Not really, but he wants to knock me out,” Bisping explained at Thursday’s Ultimate Media Day. “What more motivation do you need? He's going to try and knock me out on Saturday night – so I guess it is kind of personal.” 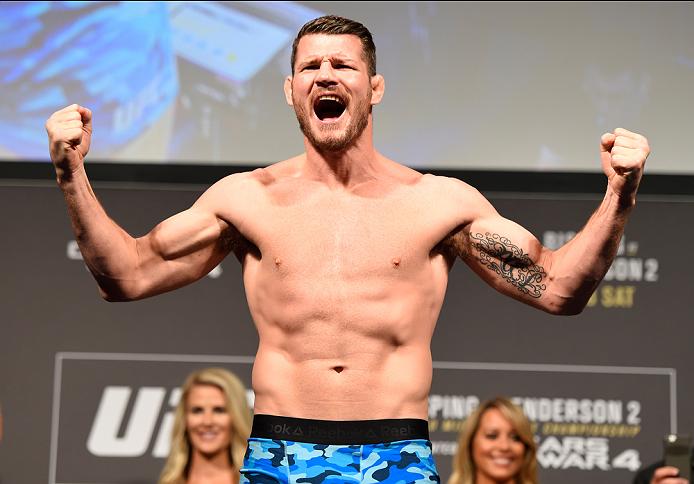 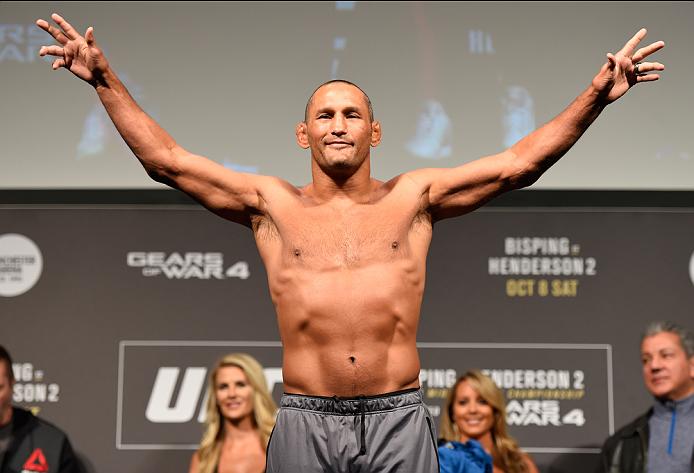 And then the clincher, at Friday night’s weigh-ins: “Who wants to see Hendo get knocked the F out? Come on make some noise! Guys, this is the pinnacle of my career, it doesn’t get any better than this. I'm the champion, defending it in Manchester. … (Expletive) Henderson. Manchester let’s (expletive) do this!”

Anybody believe Bisping isn’t extra fired up for another shot at Henderson?

Then there’s Hendo. The 46-year-old former Strikeforce and PRIDE champion was ready to walk away from the sport after defeating Hector Lombard in front of over 100 friends and family in his Southern California backyard this past June at UFC 199.

But the attraction of a UFC championship, the only belt the famed MMA star has failed to capture in his historic career, was a strong one. Getting to rematch against an old foe? That put it over the top and ensured he’d give it a final go inside the Octagon.

“I think I’m going to win,” Henderson said earlier in the week. “Hopefully I can land a big ‘H-Bomb.’ But I’m looking to win every round and making sure I punish him along the way and the judges will see it my way if it does go to a decision. But obviously the best ending is similar to the last fight.” 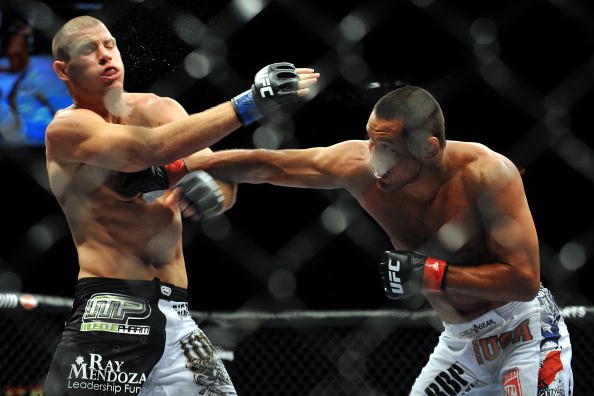 But just like Bisping, Henderson dropped his guard even more as the week went on and his true feelings became known.

Forge the numbers, forget the belt. Saturday’s main event is simply two guys who don’t like each other who want to put on a show for the sold out crowd in Manchester and those watching around the world.

You don’t want to miss it.