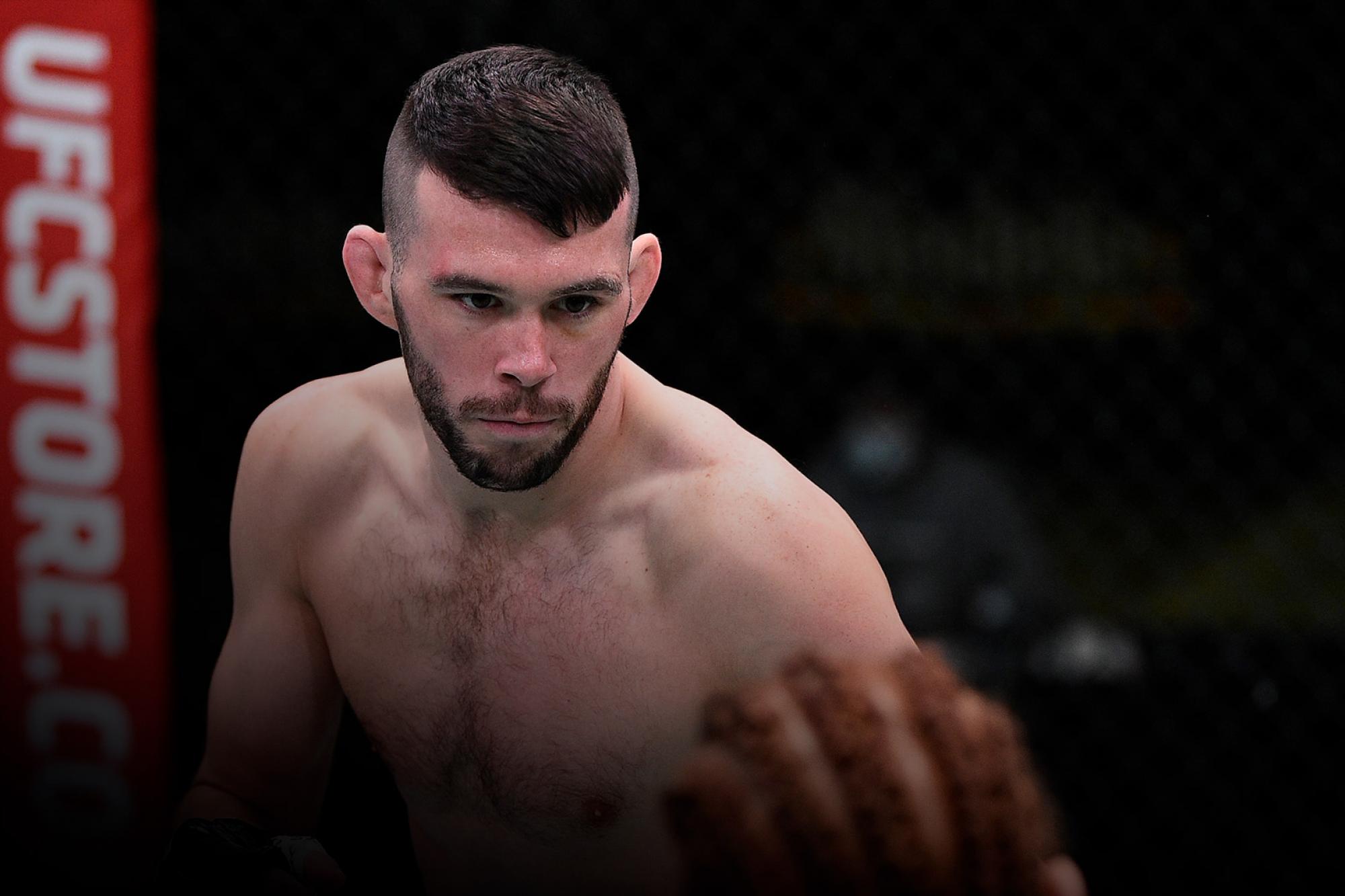 Bill Algeo Welcomes Any And All Challenges

Featherweight Hopeful Bill Algeo Wants The Toughest Fights And Hopes To Rack Up Another Win At UFC Fight Night: Font vs Garbrandt
By E. Spencer Kyte, on Twitter @spencerkyte • May. 19, 2021

When Bill Algeo makes the walk to the Octagon to face off with Ricardo Ramos on Saturday night, it will be the fourth time in five bouts and third time in as many UFC appearances to take place inside the UFC APEX for the 31-year-old featherweight.

He made his first appearance inside the Las Vegas venue two summers back, dropping a unanimous decision to Brendan Loughnane on the Contender Series. After a victory in his return to the regional circuit last summer, Algeo returned to the facility on short notice two weeks later, landing on the wrong side of the results in a competitive fight with Ricardo Lamas that turned out to be the former featherweight title challenger’s last.

Three months less a day following the fight with Lamas, “Senor Perfecto” was once more plying his trade inside the smaller cage in the state-of-the-art facility that has become the home to the UFC over the last 12 months, collecting a victory over Spike Carlyle. 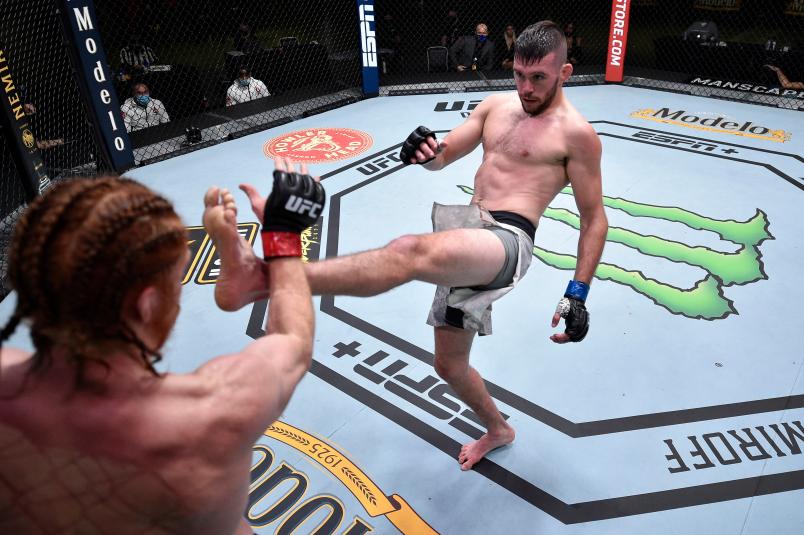 “It was fantastic; it was something I’ll take to the grave with me, but now the novelty has worn off,” said Algeo, a no nonsense competitor who honed his craft on the rugged East Coast regional circuit. “Now it’s expected. Now it’s, ‘Go get those Ws; go get more.’

“It’s always nice getting that first one out of the way to let you know where you’re at, but now it’s, ‘Let’s go! Let’s get some more bodies.’”

That notion of “knowing where you’re at” has been a guiding tenant for Algeo throughout his martial arts journey and an MMA career that began with an amateur fight in the fall of 2010.

Where some hopefuls look to cherry-pick opponents, pad their records, and stick to competing in smaller promotions that offer them favorable opportunities, the King of Prussia, Pennsylvania native cut his teeth against tough competition in highly regarded organizations with a track record of producing elite-level UFC talent. 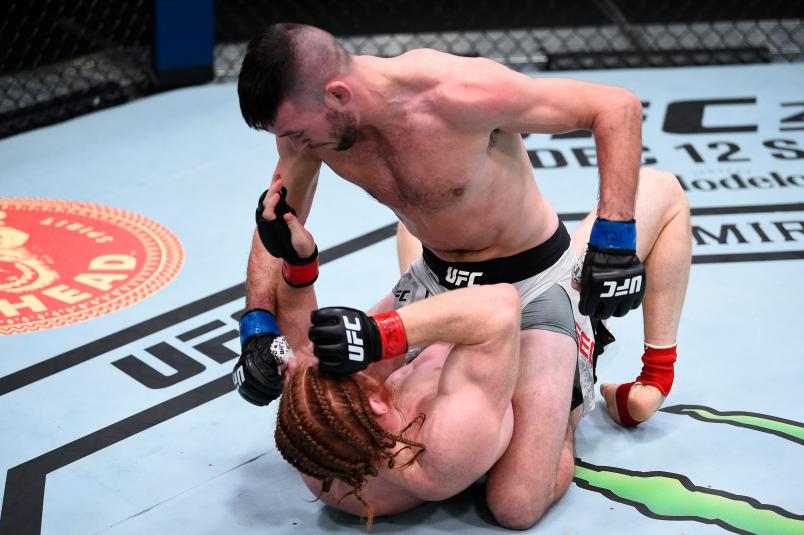 He challenged for championship gold inside the Cage Fighting Fury Championships (CFFC) cage and captured the featherweight title in Ring of Combat, with a handful of stops in XFE and a one-off appearance in the early days of World Series of Fighting mixed in for good measure.

Along the way, he faced fellow hopefuls and local stalwarts, as well as sharing the cage with current UFC standouts Shane Burgos and Jared Gordon, and former Ultimate Fighter contestant Jeff Lentz.

“I took a couple tough losses, but it has always been my mindset to take the toughest guys outside the UFC because if you’re going to lose, do it outside the UFC,” said Algeo, who is close with fellow Philadelphia representatives and UFC talents Chris and Kyle Daukaus, who took a similar approach. “But it’s the same thing we do in jiu-jitsu, wrestling, any martial art — fight the best guys, and sometimes you take that ‘L,’ but that’s what gets you better. 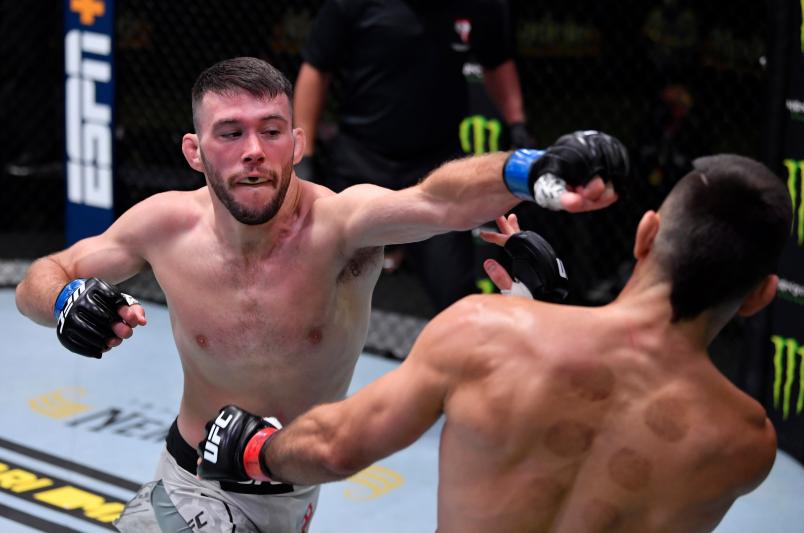 “If you avoid those guys, you’re just lying to yourself and eventually you’re going to get found out, and that usually comes at the worst time because you beat Joe Schmo with this record and you start believing in your own hype.

He carried that same mindset into his quick turnaround with Lamas last summer, giving “The Bully” a good run for his money in an entertaining, competitive fight that earned the combatants Fight of the Night honors, and allowed Algeo to get his foot in the door.

“You’re losing, but ultimately, I think your stock still goes up,” he said, expounding on the benefits of facing tough competition at every turn and using it as an opportunity to grow. “It’s a loss and it sucks, but you’re going to get better from it. The loss is going to wear at you, but you could have just rolled through some easy guys and then you’re going against someone maybe you shouldn’t a little too quick, you know?”

Having rebounded from his debut setback against Lamas, Algeo is now eager to start stringing together victories, beginning with this weekend’s rescheduled clash with Ramos in Las Vegas. 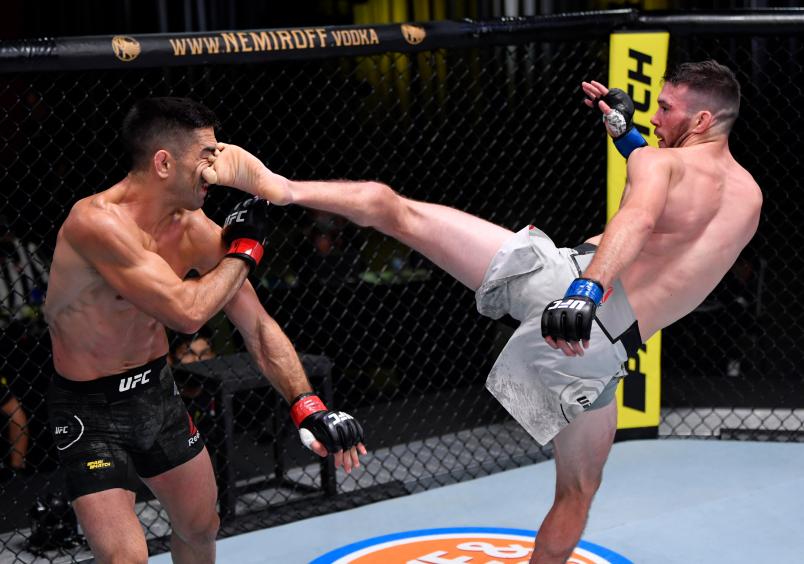 The duo was initially slated to square off in mid-April, with Algeo having subbed in for Zubaira Tukhugov after he was forced out of his mid-March date with Ramos a week before the event. But before the tandem could take to the cage, Ramos was forced to the sidelines due to COVID-19 protocols, and the bout was pushed back a month.

Despite the change in dates, Algeo remains fully confident in his abilities to deal with whatever the flashy Brazilian featherweight has to offer on Saturday night.

“He’s got some bold stuff he’ll go for, but I’ve seen all that s--- before; I’ve been doing striking forever, so I’m not too worried about it,” he said, offering his assessment of what Ramos brings to the table and how they match up. “I don’t think he’s a better wrestler than me, so that makes the whole jiu-jitsu thing pretty easy to avoid for the most part. I know he wants to get on the back and choke you out, but I’m a black belt too; I know all that s---.

“Then it comes down to two guys that can grapple, so who is a better striker?” he asked, taking on both roles of a two-person conversation breaking down his and Ramos’ striking abilities.

“Well, this guy is 2-0 pro Muay Thai and has been knocking guys out,” he said of himself.

“What has the other guy been doing?”

“Well, he throws some spinning s--- and it occasionally works for him, so I like my chances.”

Although he certainly sees things stacking up and shaking out in his favor, don’t mistake Algeo’s belief in his own abilities as him overlooking Ramos or the disastrous potential one needs to avoid each time they step into the Octagon.

“I’m just going to make sure I stay in the positions where I like to work and he doesn’t,” he offered in closing. “Anybody can get hit with some s---, something can still happen, so it’s about not slipping on any bananas, implementing my game plan, and wearing him out.”