Unless you’re on the wrong side of the result, everybody loves a good upset. As the old saying goes, “It’s why they fight the fights,” and with four-ounce gloves and so many ways to win and lose, it’s inevitable that on any given night, the underdog will bite back and get the win. Here are the 10 biggest UFC upsets of 2018.

Hindsight is always 20/20 when looking at a fighter who scores a big win in his or her UFC debut. So at the time Alexander Hernandez was called on short notice to replace Bobby Green against lightweight contender Beneil Dariush in March, it was expected to be one of those situations where the newcomer shows up, makes weight and gives a good effort, but that his best performance will come in UFC fight number two. Not on this night, as Hernandez scored a 42-second knockout win that deposited him right in the top 15. Now that’s a debut, and the biggest upset of 2018.

Over the last couple years, lightweight veteran Joe Lauzon has had some tough outings, but in 2016-2017, his 1-3 slate saw him lose close decisions to Jim Miller and Stevie Ray, with the only one-sided loss coming against Clay Guida. So odds were good that Lauzon was going to get back on track against Chris Gruetzemacher, who was coming off back-to-back submission losses that likely would have him desperate for a win. And against Lauzon, a desperate fighter can get caught and finished in a hurry. But that’s not how it played out in April, as Gruetzemacher delivered a career-best effort in stopping Lauzon in two rounds.

As a heavyweight and light heavyweight, Jared Cannonier had his moments, but he was never able to make that push to the next level, prompting him to drop to the middleweight division. He wasn’t getting an easy welcome, though, as he was matched up with perennial contender David Branch at UFC 230 in November. But on fight night, Cannonier’s power traveled with him to 185 pounds and with a second-round knockout of Branch that earned him Performance of the Night honors, “Tha Killa Gorilla” made an immediate impact in his new division. 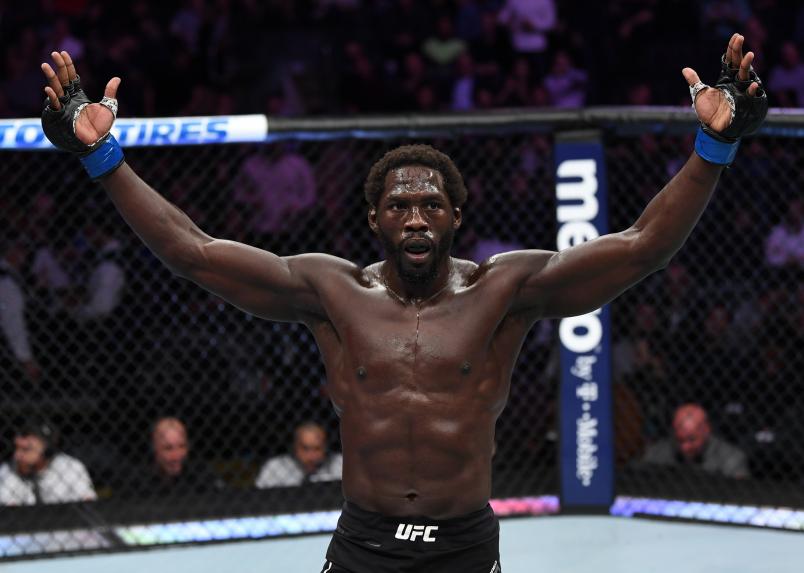 If we’re talking talent, Henry Cejudo vs Demetrious Johnson 2 was a pick’em fight. But when you throw in the intangibles, like Johnson’s dominant win over Cejudo in their first fight and his untouched reign atop the flyweight division, this rematch seemed like a done deal for “Mighty Mouse.” Cejudo had other plans, and after five tense rounds, he had a win over Johnson, the flyweight title, and a place in the history books. Not a bad trifecta.

Despite Sergio Pettis’ talent and upside at 125 pounds, most believed it was still too much too soon for him against longtime number one contender Joseph Benavidez. But with sharp striking, solid takedown defense and a veteran’s poise, it was the flyweight formerly known as “The Phenom” who scored the split decision win over Benavidez.

After suffering back-to-back knockout losses to Jimi Manuwa and Ovince Saint Preux, Corey Anderson bounced back in April with a win over fellow wrestler Patrick Cummins, but when he was matched with Brazilian power hitter Glover Teixeira, it wasn’t seen as a favorable matchup for the former TUF winner. But the ever evolving Anderson put together a perfect game plan against Teixeira in July, earning a three-round unanimous decision win. 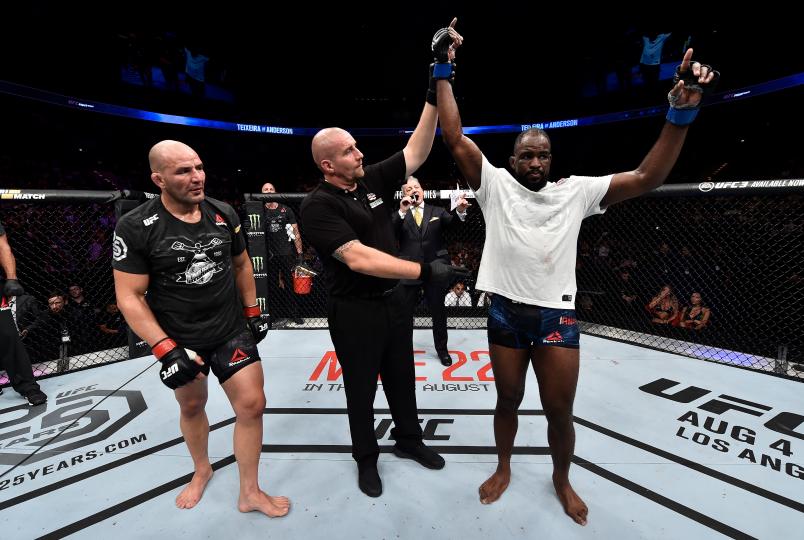 When I spoke to Gokhan Saki before his July bout with Khalil Rountree Jr., he didn’t mince words when asked the difference between him and everyone else in the UFC’s light heavyweight division. “They try to strike, I am a striker,” said Saki, and considering that he was fighting someone that was willing to stand with him, it looked like it might be a rough night for Rountree. Instead, it was the former TUF finalist who scored the highlight reel knockout win, proving that with four-ounce gloves on, everyone is a threat.

Yes, former bantamweight champion and pound-for-pound list member Renan Barao has had a rough go of it since losing his title to TJ Dillashaw in 2014, but when he faced New York prospect Brian Kelleher, he was still seen as having enough gas in the tank to beat “Boom” and get back to the business of title chasing. Kelleher had other ideas, scoring a near shutout three-round decision to earn the biggest victory of his career. 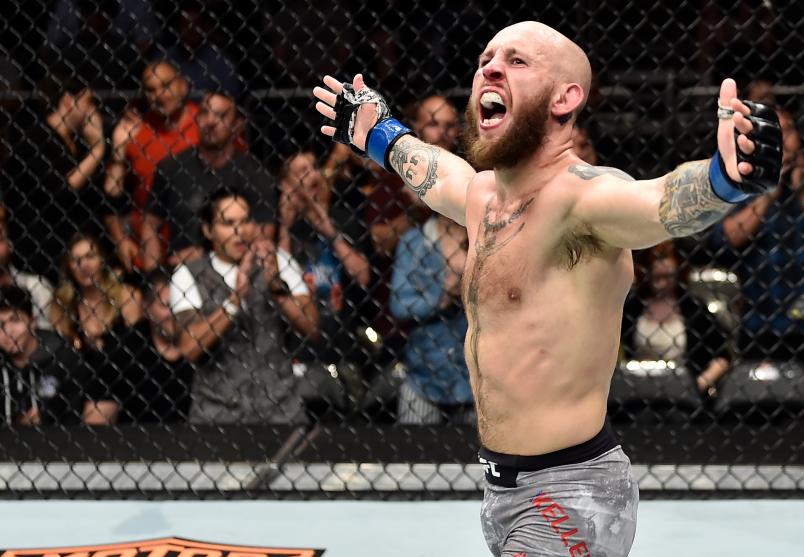 After an 0-2 start to her UFC career, Nina Ansaroff hit her stride and had won three in a row leading up to a December bout against Claudia Gadelha. It was the next step for the Floridian, but Gadelha was quite a big step, as the Brazilian had been a dominant force at 115 pounds, with her only losses coming to Joanna Jedrzejczyk and Jessica Andrade. But Ansaroff’s roll continued in Toronto, as she stunned Gadelha, winning a three-round unanimous decision.

Perennial bantamweight contender Bryan Caraway entered his March bout against Cody Stamann off a nearly two-year layoff, but prior to that layoff, he had scored back-to-back wins over Eddie Wineland and Aljamain Sterling, keeping him as a favorite for the UFC 222 bout. But Michigan’s Stamann refused to get taken in by such talk, and on fight night, he won his third consecutive UFC bout via split decision over Caraway, announcing his arrival to the top ten at 135 pounds.