In a career full of great performances versus great opponents, Gregory Rodrigues’ most recent bout last June was still somehow the best he had ever looked.

The UFC Austin card itself was inarguably a work of art that will forever own a place among the best company moments of 2022. Boasting a rabid sellout crowd that led to the highest gate ever for a non-pay-per-view UFC event, the fighters delivered on the energy of those Texas fans with nary a wasted punch across the card. In addition to a Fight of the Night award for the main event, each of the nine deserving finishers earned a performance bonus for an event that tied just six others for the most KO/TKO finishes.

Even among such an embarrassment of riches, Rodrigues’ performance was a standout that likely would still have garnered a bonus if the UFC had stuck to the standard four. Precious little of his elite grappling was required as the Brazilian unloaded a steady barrage of head kicks, elbows and combinations that eventually ended the evening of the too-tough-for-his-own-good Marquez at 3:18 of the first round.

Part of the magic was due to his simple determination to wash away the sting of the controversial split decision loss that preceded Austin. The other part was hard work, as Rodrigues added Florida’s elite conditioning team Institute of Human Performance to his training regimen.

“The fight against Julian, it was an experiment,” Rodrigues says. “Now it will be for real.”

That was an experiment? Every scientist should be so lucky to have such successful experiments.

“I've combined IHP with the training in Kill Cliff FC. I think I'm reaching my best physical shape. Together, with my other trainers, like Daniel Mendes who is the guy who always does the strategic part for my fights, I believe it was one of the best camps I've had and I will show that on Saturday.”

To be blunt, Rodrigues’ “best physical shape” should inspire fear, especially if you’re set to tangle with him. A hulking specimen of muscle, he appears in the flesh to be as bulletproof as the fictional mass of metal that inspired his nickname “Robocop.” 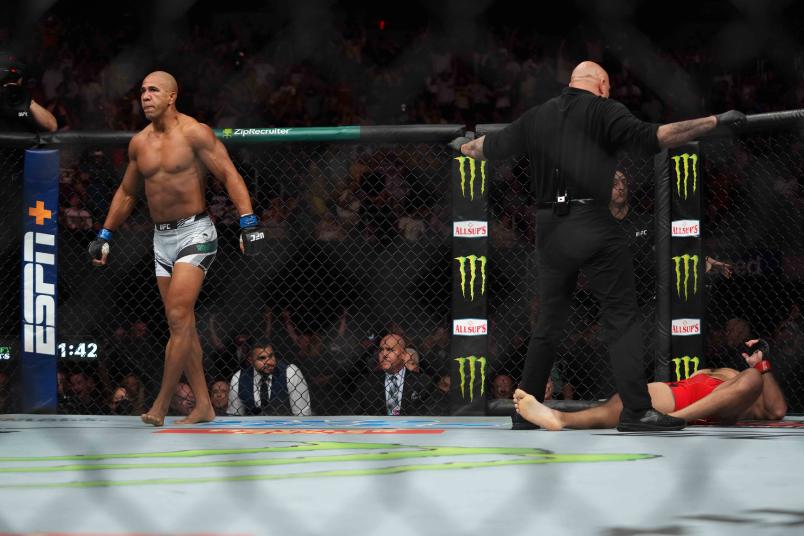 Speaking of tangling, Chidi Njokuani is the man who will be locked in the Octagon with Rodrigues Saturday in the co-main event of UFC Fight Night: Sandhagen vs Song. A winner of four straight fights by KO, the Texan sensation inspires a little trepidation of his own… just not in Rodrigues.

Of course, climbing the light heavyweight rankings and getting a crack at the title are on the bucket list for Rodrigues. But a much larger life-changing event awaits him just days from now. 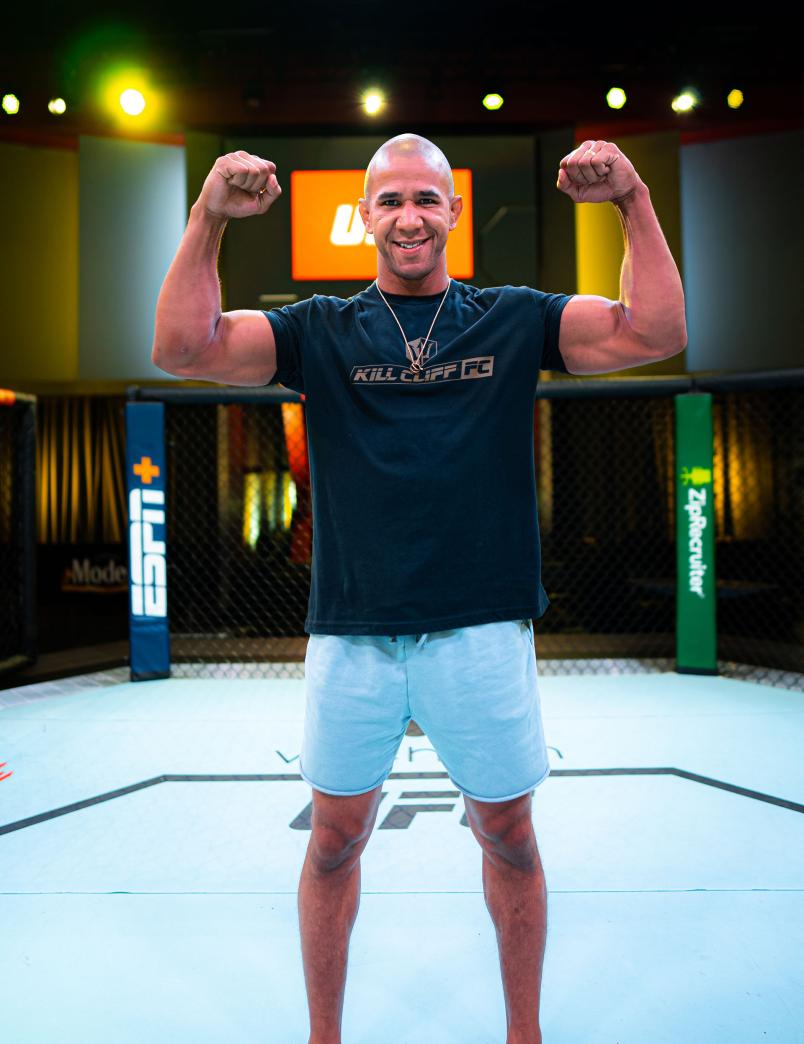 “My baby will be born, my first daughter,” he smiles. “My wife and I are very happy, as she will be born in October. Right after my last fight, I spoke to my manager asking for a fight before that date and soon they offered me Chidi. So I thought, ‘This is the fight I want.’ The reason I am fighting now is because of the birth of my daughter, because afterwards I don't know how it will be.”

Ah yes, new fatherhood. Perhaps the one phenomenon that can make cage fighting seem easy by comparison. But just like the Octagon, Rodrigues is here for it. He’s all smiles.

“That’s a dream come true. I’m so grateful…my big win…this year is my baby. That's going to be perfect.”