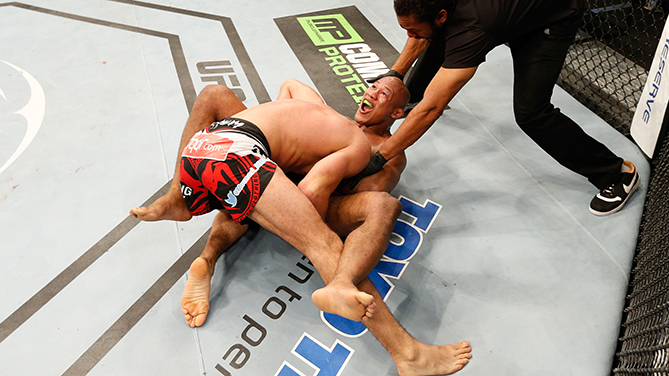 The win was Souza’s seventh straight, and the Rio de Janeiro product made a strong case for himself to get a shot at the winner of December’s middleweight title fight between Chris Weidman and Vitor Belfort.

“If anyone doubts that, they’re completely wrong,” Souza said. “I’m next for the title.”

Souza’s initial quest to get Mousasi down to the mat took a while, with him finally scoring the takedown midway through the opening round. The Netherlands’ Mousasi held on to his foe in an attempt to get referee Herb Dean to restart the action, and when that didn’t work, he tried for a triangle choke and then an upkick similar to the one that ended their first fight. Both came up short, but he was trying to keep Souza on the defensive, a tactic that didn’t last long, as the Brazilian kept moving and kept looking for openings for his submission game, nearly locking up Mousasi’s arm before the end of the frame. 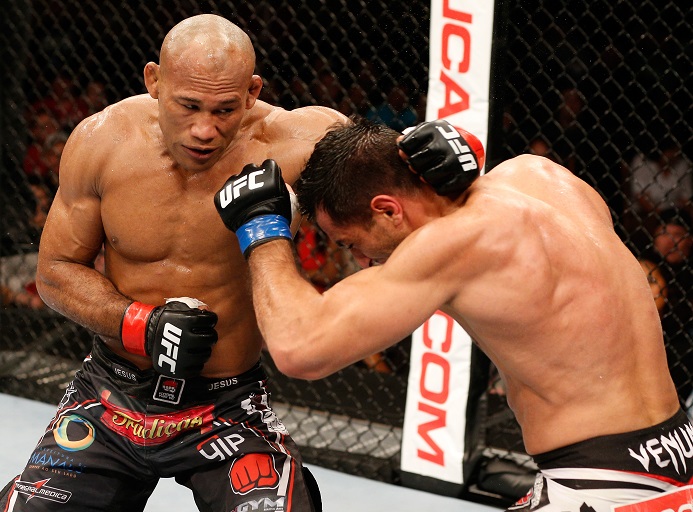 Jacare got busier with his striking game in the second, which apparently would play into Mousasi’s hands, but Souza got the best of the exchanges and then scored another takedown. While on the mat, Souza showed just how good his ground game is, as he never gave Mousasi a chance to breathe, constantly moving and constantly forcing his opponent to defend. Simply put, it was a brilliant display of groundfighting.

Repeating the pattern that won him the first two frames, Souza scored effectively with his strikes for 90 seconds in the third and then put Mousasi on his back. This time, Mousasi got up to his feet fairly quickly, but he showed little urgency in his subsequent attack, getting grounded once more. This time, Jacare closed the show, with a guillotine choke producing a tap out at the 4:30 mark.