Antonio Rodrigo “Minotauro” Nogueira has always been at home in the Octagon. As he walked away in retirement on Tuesday, “Big Nog” contemplated if he is really prepared to hang up his gloves.

“We are never prepared. A fighter is born with the will to fight. It’s more than an instinct,” he said. At age 39, the former Pride and UFC heavyweight champion leaves the Octagon aside, and will begin a new career as the Athlete Relations Ambassador for UFC Brazil. 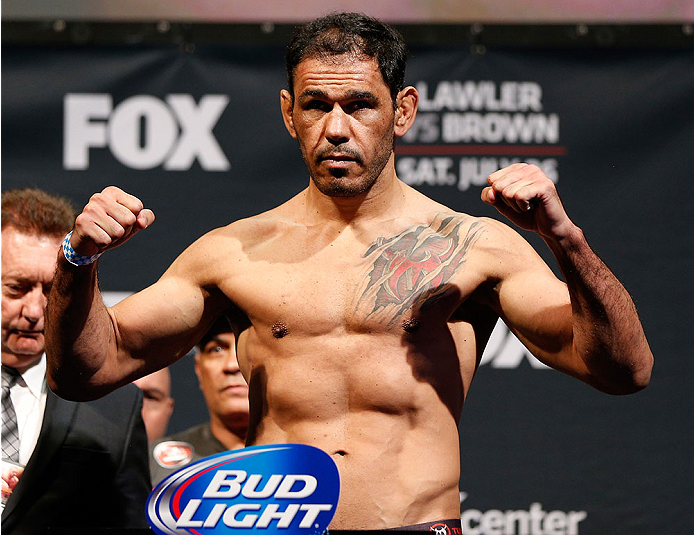 ‘Big Nog’ says goodbye to the Octagon: A look back at his greatest fights | Minotauro to stay involved with UFC | A look at the Nogueira legacy

The former fighter is grateful and eager for his new role in the UFC, but when the subject turned to retirement, the tone was more thoughtful. Minotauro has always been a competitive athlete and addicted to the adrenaline that comes with the fight. Once, in Las Vegas, he even joked that jumping off an airplane without a parachute is not as exciting as entering the Octagon.

But Nogueira knows that his physical conditioning is not as it was before, so it’s better to rest.

“My body was no longer at 100 percent to compete in this sport,” he conceded Tuesday, looking ahead to his new job serving as a liaison for the organization and as a mentor for the development of young athletes. “I was upset, but conscious of what I needed to do. I can’t only think about my career, I need to understand how many new boys we will be able to help.”

Nogueira started training in judo after being run over by a truck at age 11, and spending almost one year hospitalized after undergoing lifesaving surgery to repair internal injuries.

Physically, he has overcome many obstacles, from learning to walk again and battling injuries associated with training and competing as a fighter. Hardships were always part of his routine, but Nogueira believes he could have taken better care of his body throughout his career.

“The sport today is more organized,” he said. “Before, we would really break stones. There were more hardships. For the better part of my career, I didn't take as much care of my body as I should have. I could have given it more attention, but the will to fight was greater.

“Nevertheless, I don’t regret anything in my career.”