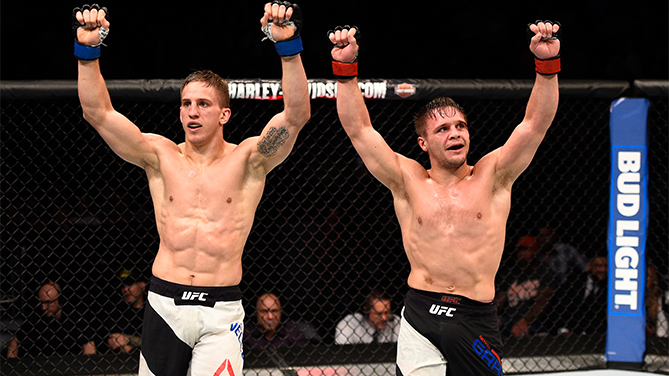 In a closely-contested clash of welterweight prospects, Michael Graves and Bojan Velickovic fought to a three-round draw in a UFC 201 preliminary bout at Philips Arena in Atlanta.

There was little compelling action in the opening round, neither fighter able to break into the lead. Graves did get the fight to the mat to start round two, and he took Velikovic’s back. With plenty of time to work, Graves sunk his hooks in, but Velickovic’s defense was solid, and as the round approached its midway point, he got loose. Graves adjusted well, and while he again took the back, he was unable to do anything with it before the end of the frame.

Velickovic got his own takedown to kick off the final round, but a subsequent scramble saw Graves change things up and take the Serbia native’s back again. Velickovic was able to shake him loose and rise to his feet. The fight remained there until the final horn, with neither able to surge ahead. 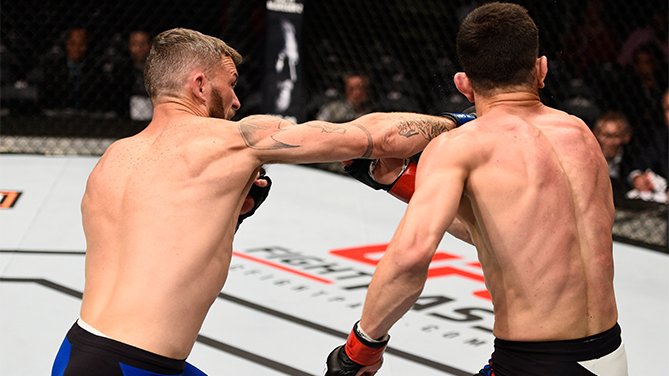 Australian lightweight Damien Brown picked up his first UFC win in the opener, knocking out Paraguay’s Cesar Arzamendia in the first round.

The first two minutes of the fight were wild, Arzamendia getting dropped by a right hand and Brown nearly getting caught in a heel hook. After the two rose, the action appeared to settle into a more sedate pace, but then Brown rocked Arzamendia with another right, dropped him with a second, and that was it, with the follow-up strikes just window dressing until referee Marc Goddard stepped in at the 2:27 mark.

With the win, Brisbane’s Brown moves to 16-9; Asuncion’s Arzamendia falls to 7-4.