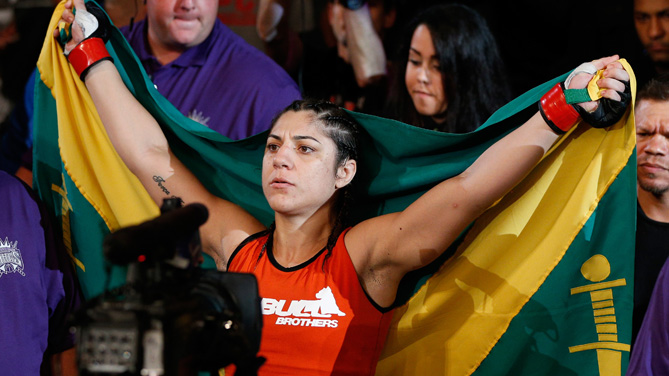 If you listen to the oddsmakers, Bethe Correia doesn’t much of a chance to beat Ronda Rousey in Saturday’s UFC 190 pay-per-view main event.

Correia (9-0 MMA, 3-0 UFC) is nearly an 11-1 underdog at some books. They’re incredibly long odds for a UFC title fight. The fact that almost no one is giving her a chance to wrest the UFC women’s bantamweight belt from the seemingly iron grip of Rousey (11-0 MMA, 5-0 UFC) has appeared to have little effect on the undefeated Brazilian.

In fact, Correia seems downright confident as the biggest fight of her career approaches, and she’s so far as to be dismissive of the Olympic bronze medalist’s judo.