Look Back At Some Of UFC's Unforgettable Moments Showcased On ABC Ahead Of UFC Fight Night: Ortega vs Rodriguez
By Gavin Porter • Jul. 15, 2022

On Saturday, the world-famous Octagon touches down in Long Island, NY with a stacked card headlined by top featherweight contenders Brian Ortega and Yair Rodriguez. The event is filled with high-quality fights and is a must-see for fight fans.

The UFC Fight Night: Ortega vs Rodriguez main card will air live on ABC at 2pm ET / 11am PT. It will go down as the fourth UFC event to be featured on ABC, with the other three being UFC Fight Night: Holloway vs Kattar, UFC Fight Night: Vettori vs Holland and the UFC 276 prelims.

Let’s look back at the UFC’s best moments on ABC thus far. 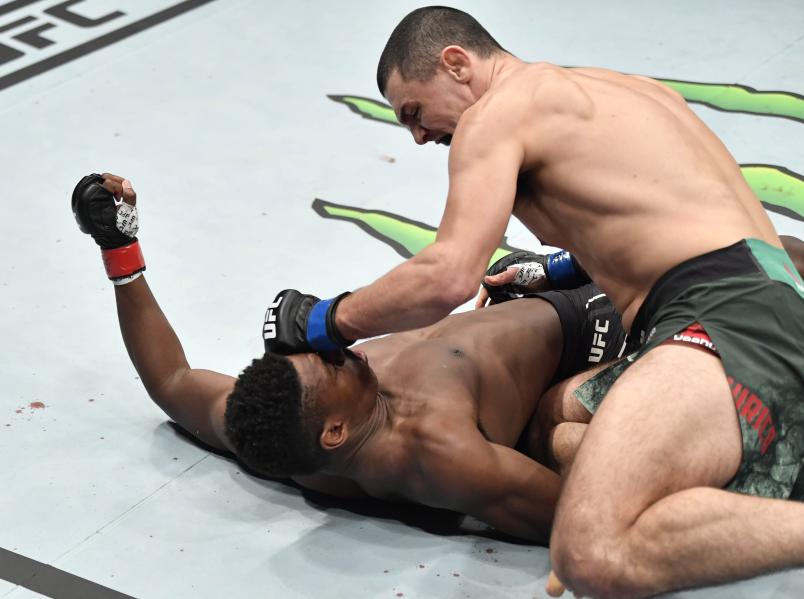 Joaquin Buckley erupted onto the UFC scene with one of the best knockouts we’ve ever seen. His spinning head kick win over Impa Kasaganay in Abu Dhabi will never be forgotten, and for good reason.

Watch All The Best UFC On ABC Moments So Far

But when Buckley faced Alessio Di Chirico at UFC Fight Night: Holloway vs Kattar, it was the Italian who scored a head kick highlight of his own. “Manzo” didn’t waste time, looking sharp off the bat up until he landed a beautiful right head kick that put an end to the bout. It was exactly the result Di Chirico needed and put a halt to his three-fight losing streak.\ 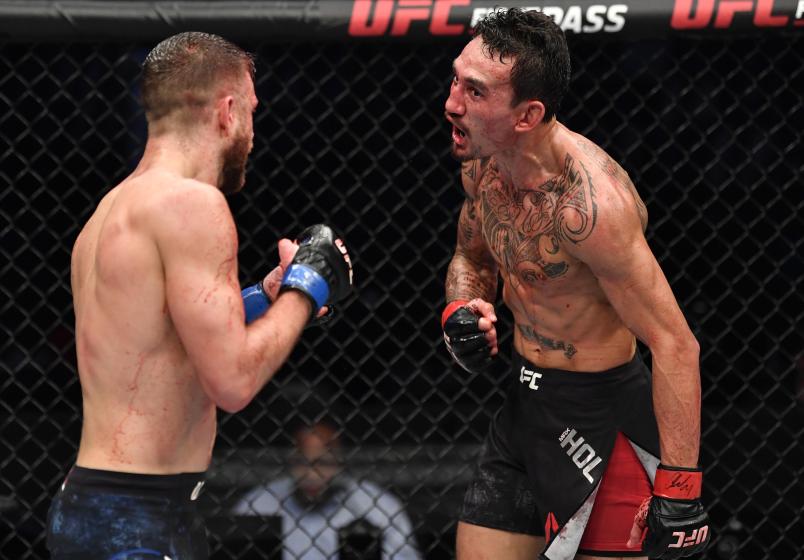 Max Holloway is one of the UFC’s most popular athletes because the Hawaiian superstar is notorious for putting on a show, and he delivered yet again against Calvin Kattar.

Before the fight, Kattar had said that he was the best boxer in the UFC and Holloway was determined to overturn that statement. And he did just that. For five whole rounds, Holloway absolutely put it on Kattar. Landing 445 significant strikes, a UFC record.

At the end of round five, “Blessed” stood in the center of the Octagon and screamed at Kattar, letting him know who really held the title as the best boxer in the organization. 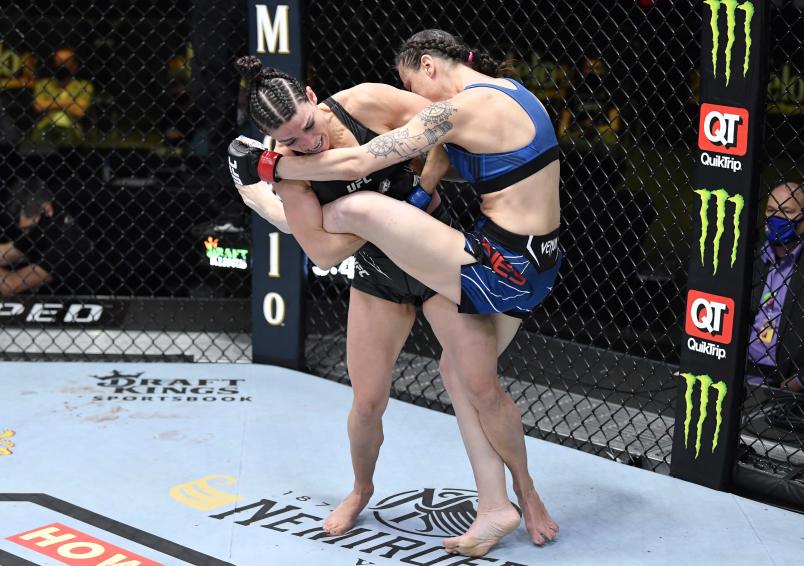 Strawweight Mackenzie Dern returned to the Octagon for the first time since giving birth to her daughter and had one of her best performances to date against Nina Nunes at UFC Fight Night: Vettori vs Holland.

Dern secured an early takedown in the first round and worked her position until she found an opening for an armbar. As soon as she found it, she secured it and forced an immediate tap. It was a perfect showing for Dern. 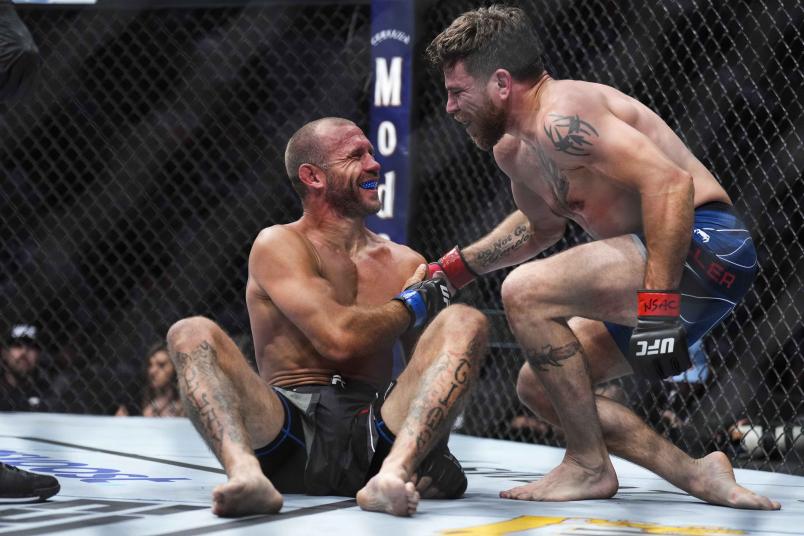 LAS VEGAS, NEVADA - JULY 02: (L-R) Donald Cerrone and Jim Miller talk after the conclusion of the round in a welterweight fight during the UFC 276 event at T-Mobile Arena on July 02, 2022 in Las Vegas, Nevada. (Photo by Chris Unger/Zuffa LLC)

UFC 276 was a record-breaking day for the legendary Jim Miller. The lightweight veteran made his 40th walk to the Octagon to face Donald Cerrone and then was able to secure a submission win that placed him at the top of the UFC’s all-time wins list with 24.

It was a massive achievement for Miller, who isn’t done adding to his records just quite yet.

On the flip side of the coin, Cerrone decided it was time to walk away. It was an outstanding career for Cerrone, who leaves the sport with a 36-17, 2 NC record and as a fighter that the fans will never forget.

Jalin Turner Submits Brad Riddell in Under a Minute 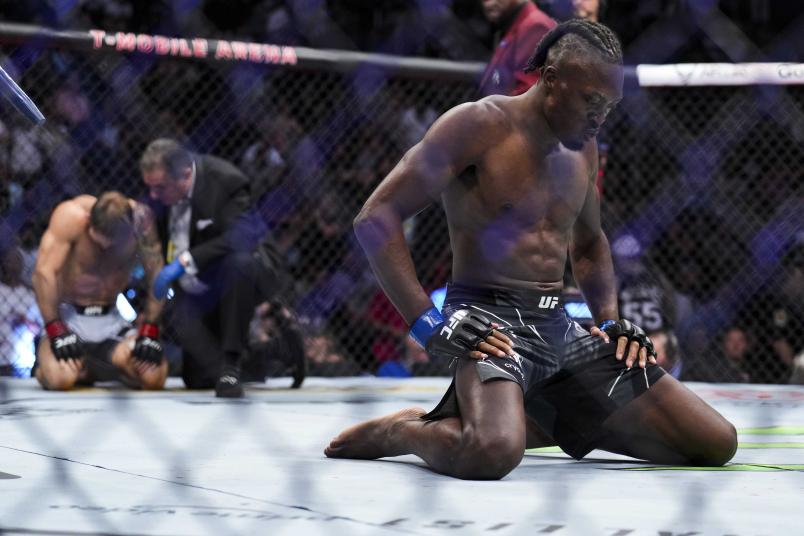 LAS VEGAS, NEVADA - JULY 02: Jalin Turner reacts to his win over Brad Riddell of New Zealand in a lightweight fight during the UFC 276 event at T-Mobile Arena on July 02, 2022 in Las Vegas, Nevada. (Photo by Chris Unger/Zuffa LLC)

“The Tarantula” made a big-time statement at UFC 276. In Turner’s toughest lightweight test to date he shined, quickly dispatching Brad Riddell thanks to his striking and slick submission skills.

It took him just 45 seconds to get the stoppage that helped him break into the lightweight rankings where he rightfully deserves to be.