Take A Trip Down Memory Lane And See The Best UFC Heavyweight Rematches For The Title.
By Gavin Porter, On Twitter @PorterUFCNews • Mar. 23, 2021

The title of “Baddest Man on the Planet” is one that few men ever have associated with their name.

The moniker currently belongs to two-time UFC heavyweight champion Stipe Miocic. And although it’s not an official title, the title of “scariest man on the planet” probably belongs to Francis Ngannou.

At UFC 260 these two men will meet in the Octagon once again.

The first clash between Miocic and Ngannou went down at TD Garden in Boston at UFC 220. Miocic relied on his chin and let the monstrous Ngannou tire himself out with his all-out attack before executing his game plan and out grappling Ngannou. Cleveland’s finest was able to score six takedowns and grind out a unanimous decision victory (50-44 x 3).

Three years later and with a trilogy of fights with Daniel Cormier in his rearview mirror, Miocic emerged from the three epic fights with the strap and his sights firmly set on “The Predator,” who launched himself back into the heavyweight title picture by knocking out Curtis Blaydes, Cain Velasquez, Junior Dos Santos and Jairzinho Rozenstruik in a combined 162 seconds.

No man has successfully defended the UFC heavyweight belt more than Miocic has (4), and if he can best Ngannou once again, Miocic will cement his place as the greatest heavyweight in UFC history.

The two titanic forces have been on a collision course to meet once again and in honor of their rematch we look back on the five best UFC heavyweight title rematches.

didn’t disappoint, as each heavyweight had big moments in the bout. The bout was hotly contested, with Couture earning the close unanimous decision victory.

Just three numbered events later, Couture would silence his doubters by knocking Rizzo out in the third round of their rematch. 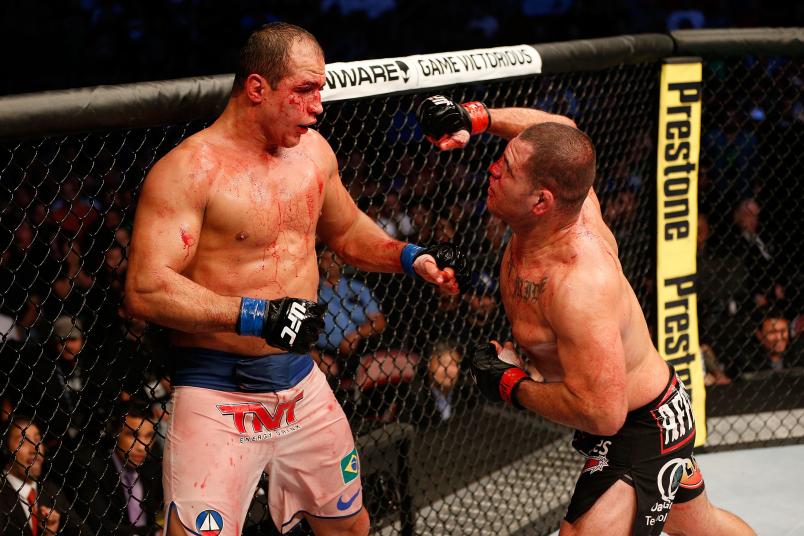 If you’re looking for an incredible championship trilogy, look no further than the performances put on by heavyweight champions Cain Velasquez and Junior Dos Santos. The two juggernauts split their first two meetings, leaving it all up for grabs in their third fight at UFC 166.

The night would belong to Velasquez, as the champ would secure the 2-1 series win by dominating JDS in all aspects of the fight and eventually stopping JDS in the fifth and final round. 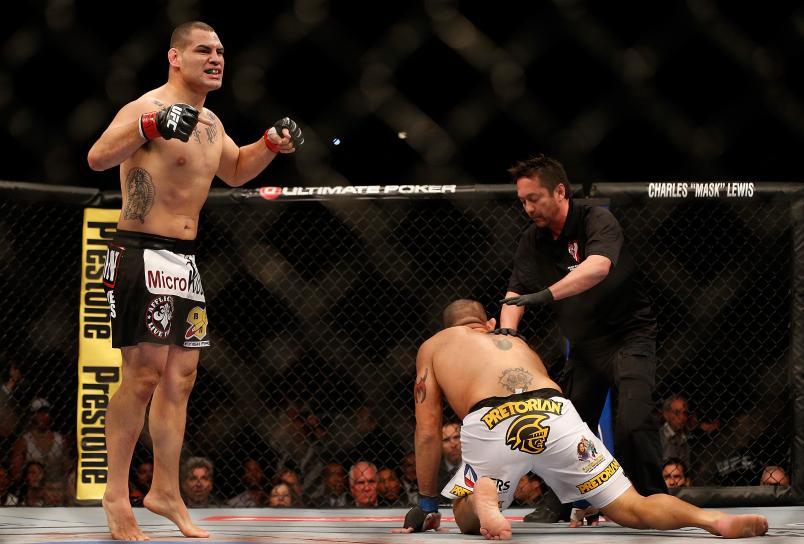 Cain Velasquez reacts after knocking out Antonio "Bigfoot" Silva in their heavyweight championship bout during UFC 160 at the MGM Grand Garden Arena on May 25, 2013 in Las Vegas, Nevada. (Photo by Josh Hedges/Zuffa LLC)

After Cain Velasquez lost the heavyweight title to Junior Dos Santos in their first meeting, he bounced back by defeating Antonio “Bigfoot” Silva by first round knockout at UFC 146. Almost a year to the day later, this time with the belt in his possession, Velasquez faced “Bigfoot” Silva at UFC 160.

The result however was no different, as Velasquez proved that he was truly the best heavyweight on the planet by knocking the Brazilian star out in the first round yet again. 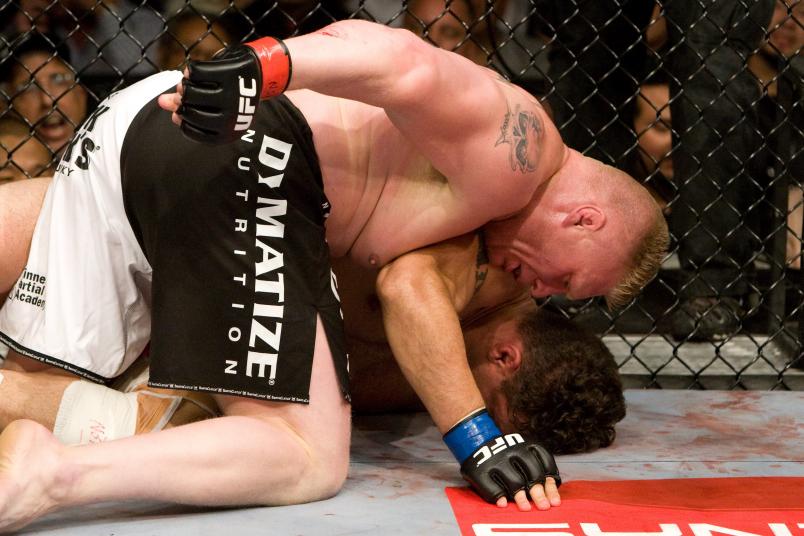 At UFC 81, Brock Lesnar’s highly anticipated UFC debut was ruined by former heavyweight champion Frank Mir. A lot happened in the 90-second bout. Lesnar took Mir down, lost a point due to strikes to the back of Mir’s head, then he dropped Mir and Mir somehow secured a knee bar and forced the tap.

It was a miraculous comeback for Mir and set the stage for their second bout at UFC 100.

Lesnar’s executed the same plan as in the first fight, but this time Mir was unable to find a submission and eventually withered early in the second round from the pure power of Lesnar. 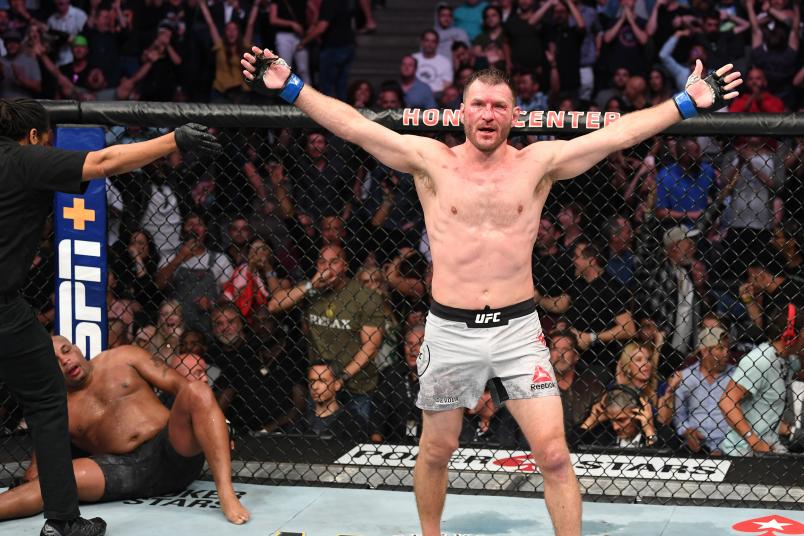 Stipe Miocic celebrates his TKO victory over Daniel Cormier in their heavyweight championship bout during the UFC 241 event at the Honda Center on August 17, 2019 in Anaheim, California. (Photo by Josh Hedges/Zuffa LLC)

In the first round of the bout, Cormier would shine bright under the bright lights of T-Mobile Arena in Las Vegas. Cormier caught Miocic with a hook as they broke out of the clinch, knocking out Miocic and claiming the heavyweight belt.

After a year of waiting for a rematch, Miocic faced Cormier at UFC 241 and made the most of his opportunity. It was tough sledding for Miocic in the first three rounds, but his game plan of attacking the body of Cormier eventually paid off in the fourth round and he was able to knock “DC” out and recapture his title.