The Best Moments From Australian And New Zealander Fighters

The Anzac region produced several fighters who created iconic moments in the Octagon over the last decade.
By Thomas Gerbasi, on Twitter @tgerbasi • Jul. 21, 2020
Elvis Sinosic – first Aussie in the UFC – debuts and upsets Jeremy Horn

While not on the first UFC show in Australia in 2010, Elvis Sinosic was scheduled to compete at UFC 110 before a late injury scratched him. And any retrospective on the Australian / New Zealand MMA wouldn’t be complete without a mention of “The King of Rock and Rumble,” who was the first Aussie to fight in the UFC and fight for a world title. And who could forget that debut, as Sinosic upset Jeremy Horn at UFC 30 in 2001, earning him a crack at then 205-pound champion Tito Ortiz in the main event of UFC 32. 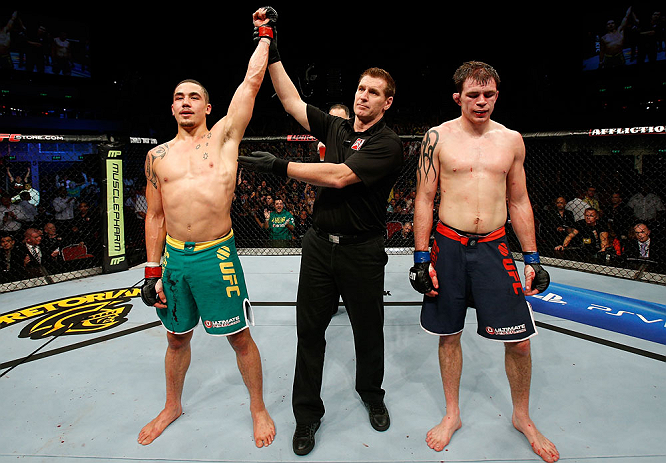 The Ultimate Fighter’s second international season, TUF Smashes pitted squads from Australia and the UK against each other under the tutelage of George Sotiropoulos and Ross Pearson. And while the show didn’t produce an army of UFC fighters, it’s safe to say that the winner of the welterweight division, Robert Whittaker, went on to make quite an impression in the Octagon in the subsequent years. 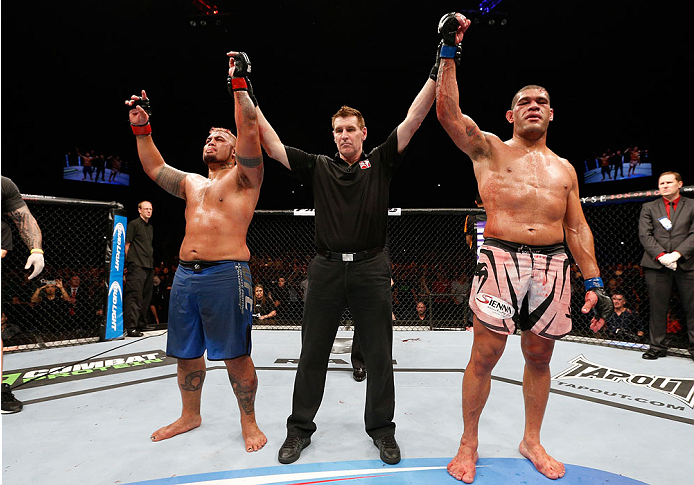 I don’t remember what the expectations were when Mark Hunt met Antonio “Bigfoot” Silva in a UFC Fight Night headliner in Brisbane in 2013, but the five rounds that ensued more than surpassed them. Watching these two big men slug it out for 25 minutes was unlike anything we had seen in the Octagon from heavyweights, and strangely enough, the final verdict of a draw, usually a disappointment, seemed entirely appropriate because no one deserved to lose this one.

It wasn’t the result James Te Huna wanted as the UFC visited his home country of New Zealand in 2014, but at least the gritty battler from Darfield got to experience the well-deserved headlining spotlight before a loss to Nate Marquardt. The card also featured seven fighters from the region, including a debuting prospect named Dan Hooker.

TUF 20 Finale – Chambers and Rawlings debut in the UFC

Two of 16 fighters selected to fight in a tournament to determine the UFC’s first strawweight champion, Aussies Alex Chambers and Bec Rawlings didn’t win on The Ultimate Fighter, but they both signed UFC contracts that kicked in on the season finale card in December 2014, where Chambers fought Aisling Daly and Rawlings battled Heather Jo Clark.

A four-time Olympian for Australia in judo, Dan Kelly competed on TUF Nations for his home country, and while many believed he wasn’t young enough to start a UFC career, Kelly had other ideas, and from 2015 to 2017, Kelly won for everyone in the 35 and over crowd, with his four-fight winning streak including victories over Antonio Carlos Junior, Chris Camozzi and former light heavyweight champion Rashad Evans.

Whittaker becomes first champion from Down Under at UFC 213, defeating Yoel Romero 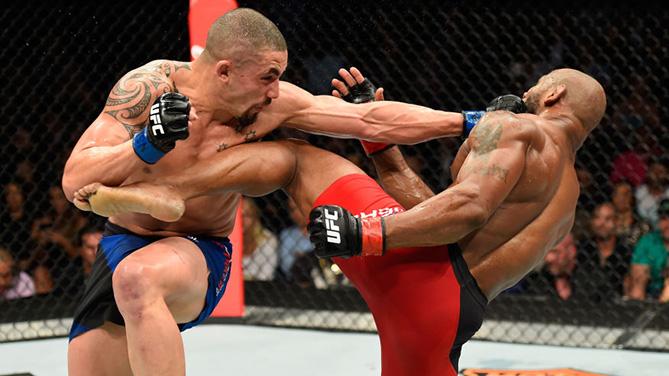 After a 3-2 start to his UFC career at welterweight, Robert Whittaker moved up 15 pounds to middleweight in 2014 and became a different fighter. Less than three years later, he was a world champion, with the first of two epic wins over Yoel Romero in 2017 earning him the 185-pound crown.

Adesanya wins interim title in Fight of the Year with Gastelum 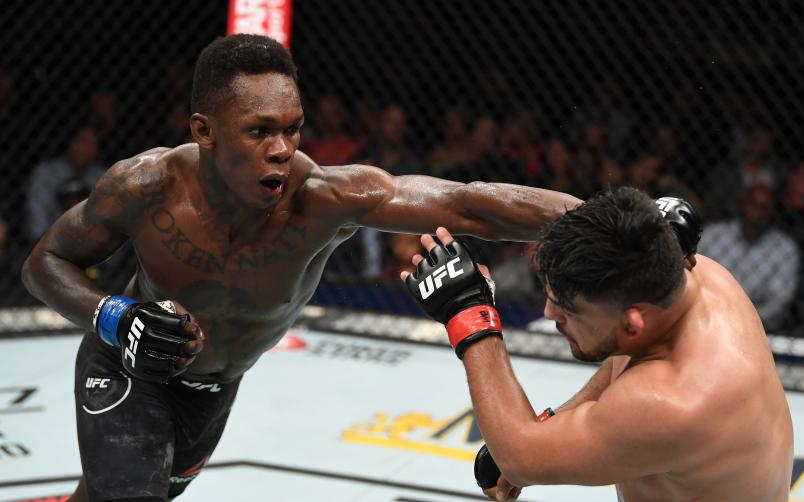 It was one of the great years turned in by a fighter in the UFC, and in 2019, between wins over Anderson Silva and Robert Whittaker, New Zealand’s Israel Adesanya brought home gold for his country with a Fight of the Year win over Kelvin Gastelum that proved “The Last Stylebender” had all the tools – and all the intangibles – to be a fighter we’ll be talking about a hundred years from now.

Led by Eugene Bareman, New Zealand’s City Kickboxing had a breakout year in 2019 that saw the gym bring in two UFC titles thanks to Israel Adesanya and Alexander Volkanovski. But that’s not all, as the squad that also boasts Dan Hooker, Kai Kara-France, Shane Young and Brad Riddell is hungry for more championships in the coming years. 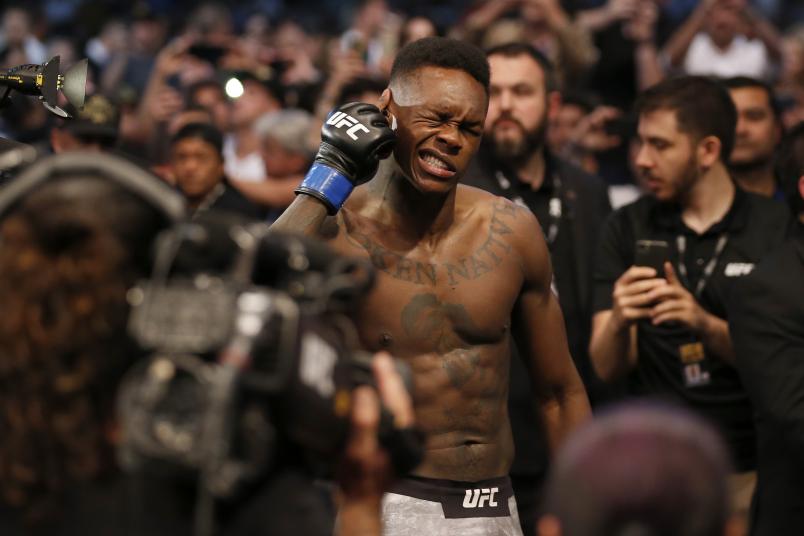 It was the SuperFight the Australia / New Zealand region had been waiting for, and while Israel Adesanya’s spectacular finish over Robert Whittaker didn’t produce a back and forth, fight of the year battle, there were no complaints from a crowd that finally saw its arrival on the world stage as a major MMA power.

Alexander “The Great” reigns at 145

In December 2019, Australia’s Alexander Volkanovski made history for his home country when he defeated long-reigning featherweight champion Max Holloway, and earlier this month, he made it two for two over “Blessed” to retain his crown and extend his winning streak to a remarkable 19 fights.