When you mention the inaugural season of The Ultimate Fighter, there's a certain fight that comes immediately to mind, and with good reason.

"The first Forrest Griffin vs Stephan Bonnar fight was not only one of the best fights in UFC history, it was also one of the most important," said president Dana White.

The show ushered in the UFC as we know it, in addition to a number of its most enigmatic personalities.

On the occasion of the 15th anniversary of that maiden voyage, we look at some of the other "greatest hits" from the fighters of Season One.

For two rounds Kenny Florian looked like a southpaw Larry Holmes as he peppered former PRIDE star Takanori Gomi with jab after jab. But in the third, the lightweight contender took the fight to the mat and finished it there, spoiling Gomi’s long-awaited UFC debut via submission. 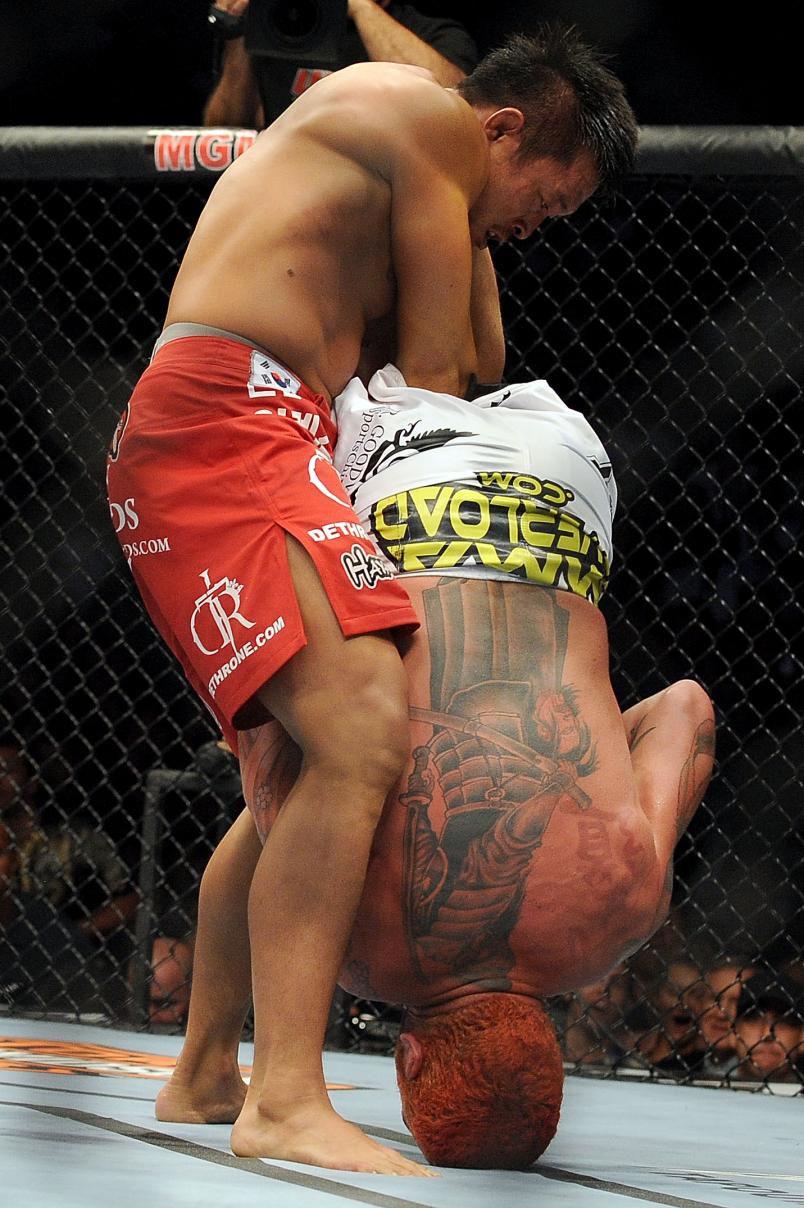 Within moments, the two began staggering each other with flush shots, and Leben was taking the worst of it. Akiyama sensed this and followed up with a takedown on the now fatigued and bloodied Leben, who, after taking some more hard punches, made it back to his feet. Akiyama kept him pinned against the fence though, not a problem for Leben, who tried to lock in a guillotine choke. With under a minute to go, the two broke loose and again traded with reckless abandon. 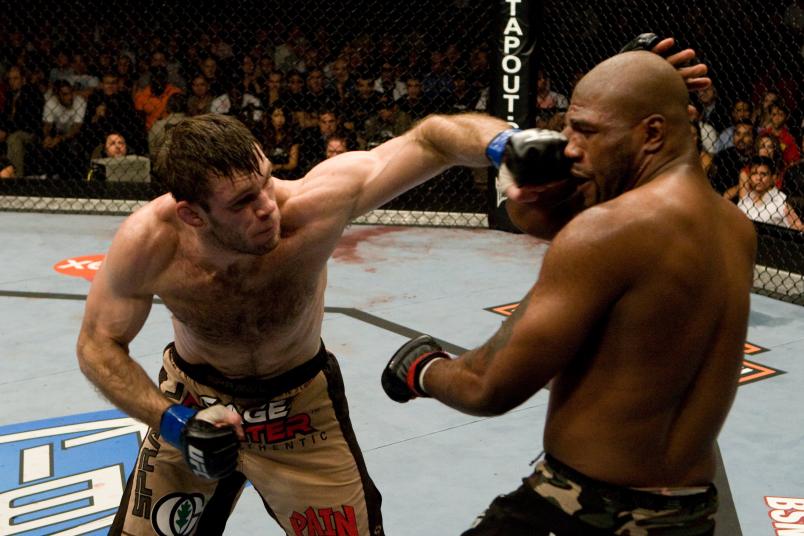 One of the greatest upsets in UFC history was one of the greatest fights in the organization’s history, as Griffin won a five round unanimous decision over Quinton “Rampage” Jackson on July 5, 2008 to win the UFC light heavyweight title. The kid who thought of quitting the sport a few years earlier was a world champion. 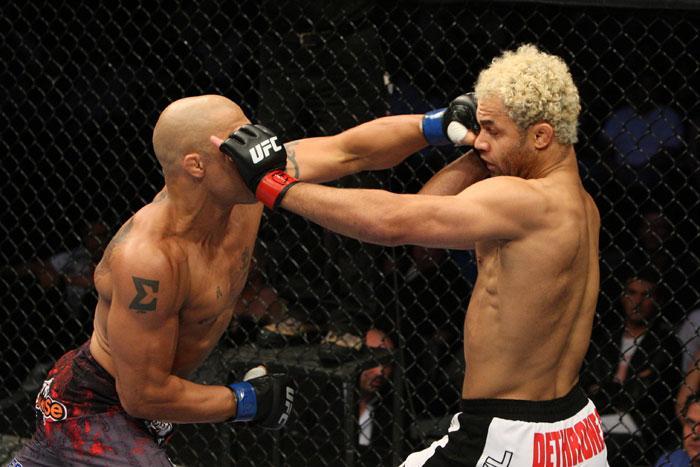 Considering the wrestling acumen of both Josh Koscheck and Frank Trigg, it was expected that the deciding factor in their welterweight fight would be the standup game. And it was, with Koscheck’s lethal right hand paving the way for an emphatic first round TKO that spoiled Trigg’s first UFC bout since 2005. 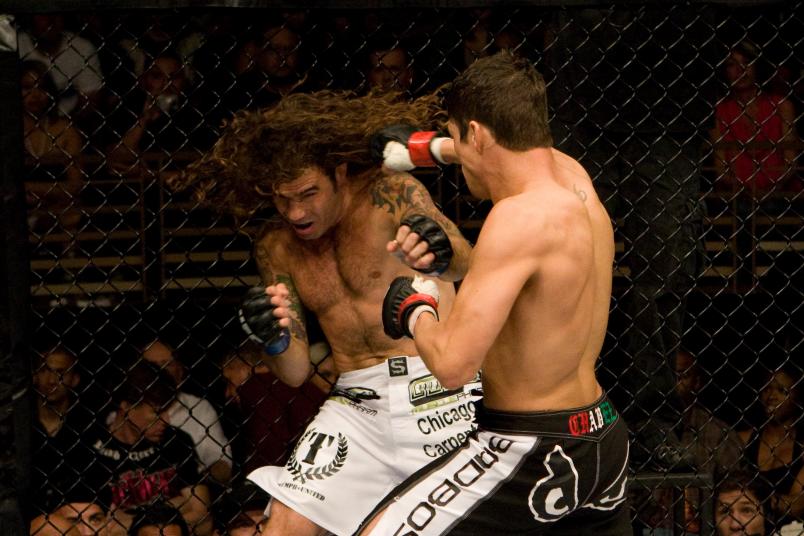 “There are certain guys that when you match them up, there’s no doubt in your mind that it’s going to be a good fight, and this was one of those fights,” UFC President Dana White said. “This fight represents everything that fans around the world love about UFC and the sport of mixed martial arts. Diego and Clay are two maniacs and as soon as the fight began, they both came out blasting each other, it was crazy! This was an absolute war and both guys gave everything they had for all three rounds. This fight was so good it was named the 2009 Fight of the Year. It is one of the best displays of heart, endurance and will to win that you will ever see." 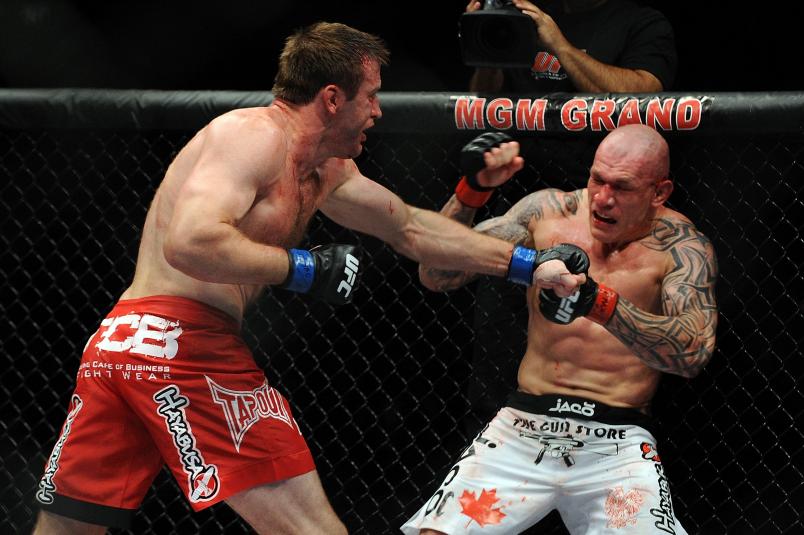 Stephan Bonnar throws a left to the body of Krzysztof Soszynski during the UFC light heavyweight bout at the MGM Grand Garden Arena on July 3, 2010 in Las Vegas, Nevada. (Photo by Jon Kopaloff/Zuffa LLC/Zuffa LLC via Getty Images)

After three straight losses, Stephan Bonnar needed a win in the worst way. But he didn’t just get the victory against ‘The Polish Experiment,’ (and fellow TUF 1 alum) he and his opponent engaged in an instant classic that saw the Las Vegan emerge victorious via a second round TKO. 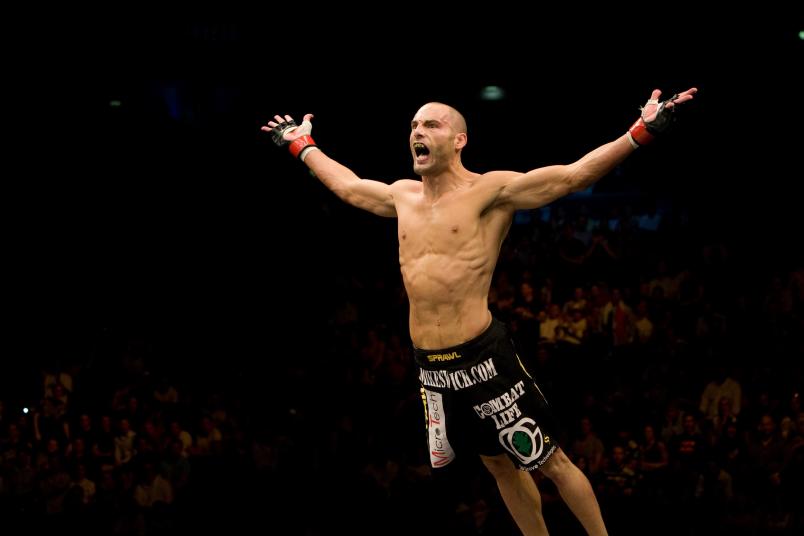 Mike “Quick” Swick put together perhaps his most impressive win at 170 pounds, calmly controlling his bout against previously unbeaten Ben Saunders until taking “Killa B” out with pinpoint strikes in the second round. 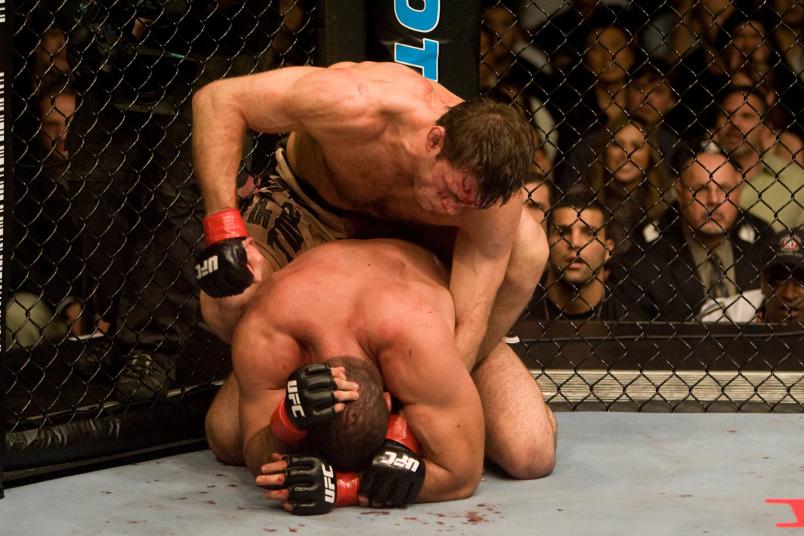 What people forgot is that when it comes to grit, determination, and doing whatever it takes to win a fight, Griffin had it. He knew what his strengths were, and more importantly, he was aware of his weaknesses. Plus, this was a new venue – literally – for Rua, whose PRIDE career took place in a ring. Moving to the UFC Octagon for the first time was an overlooked factor in this bout. But it wasn’t overlooked by Griffin.