Who were the best Canadian fighters ever to compete in the UFC?

On April 30, the Ultimate Fighting Championship returns to Canada for the biggest event in its history, UFC 129, which will be held in front of 55,000 fans at Toronto's Rogers Centre. So who were the best fighters from Canada to ever grace the Octagon? Let's find out.

Note – the following list has been based on UFC performances only, so fighters who had stellar careers in Canada but weren’t able to match that success in the Octagon won’t be included here. Also, three fighters on the list (Krzysztof Soszynski, Gary Goodridge, Carlos Newton) were born outside of Canada, but fought their careers based out of and are seen as synonymous with their adopted country.

Few will ever forget the devastating barrage of elbows that produced Goodridge’s first round knockout of Paul Herrera, and as one of the UFC’s early pioneers, he battled it out with a Who’s Who of early standouts like Jerry Bohlander, Don Frye (twice) and Mark Coleman. Goodridge actually went on to more acclaim in Japan’s PRIDE organization, where he was a mainstay for years, but to early UFC fans, ‘Big Daddy’ will always be associated with the Octagon.

After a slow start to his UFC career that saw him lose two of his first
three fights (albeit to Frankie Edgar and Mac Danzig), Bocek started to
warm up in late 2008 with a win over Alvin Robinson. And once he settled
in with the American Top Team squad, Bocek’s game really took off. Now
the Brazilian Jiu-Jitsu black belt is firmly established as one of those
rare fighters that can finish you off in seconds if he gets you on the
mat.

Once seen as a journeyman whose erratic performances kept him from getting to the next level, Soszynski hit his stride after a stint on the eighth season of The Ultimate Fighter, and has since won five of his seven UFC fights. He has also finished four of his five victories, with the only losses coming to Brandon Vera and Stephan Bonnar. In 2010, he split two wars with Bonnar and finished out the year with a UFC 122 win over Goran Reljic.

Go to any UFC event, and you will see David Loiseau’s amazing spinning back kick on Charles McCarthy during the pre-fight highlight reel that plays in the arena. That fight is an apt one when it comes to the career of ‘The Crow’, as the victory came in the middle of a three fight run (Gideon Ray and Evan Tanner were the others) that saw Loiseau tearing through all comers. That trio of victories earned the elbow strike master a shot at the middleweight crown held by Rich Franklin, and though Loiseau would lose to the champ that night in 2006, his display of heart and determination throughout the five rounder won’t be soon forgotten.

I almost put Stout’s 2007 loss to Spencer Fisher as his key fight because it remains one of the greatest fights I have ever witnessed live, whether MMA or boxing. And for a while, that was Stout’s MO – win or lose, he was going to bring it and put on a great fight. But at the same time, if you could get him to the mat, your odds of winning escalated greatly. In January 2010 though, Stout put on a career-defining performance in his victory over Joe Lauzon, and after an October victory over Paul Taylor, it looks like Stout has finally put everything together in his fight game.

Despite his status as one of the Canadian fight scene’s top veterans, few expected MacDonald to defeat TUF3 finalist Ed Herman in Herman’s first post-TUF fight. MacDonald did it though, and he went on to beat two more TUF alumni (Chris Leben and Rory Singer), earning him the nickname “The TUF Killer”. But MacDonald also performed against non-TUF fighters, defeating Joe Doerksen and Jason Lambert and giving Demian Maia hell for nearly three rounds in an entertaining ground war. MacDonald’s only issue in the UFC was beating that next level of competition, like Frankin, Maia, and Yushin Okami, and his up and down performances has kept him from moving into true contender status.

After a 0-4 start to his UFC career, no one would have expected to see Cote on this list. But the hard-nosed Cote was not about to go away that easily, and after he fought his way into the final of The Ultimate Fighter 4, he made a run at the title with consecutive Octagon victories over Scott Smith, Kendall Grove, Drew McFedries, and Ricardo Almeida. In his shot at the belt at UFC 90 in 2008, Cote became the first man to extend Anderson Silva into the third round of a UFC fight before a knee injury sent him down to defeat. After rehabbing his injury, he returned to the Octagon, but lost back-to-back bouts against Alan Belcher and Tom Lawlor. 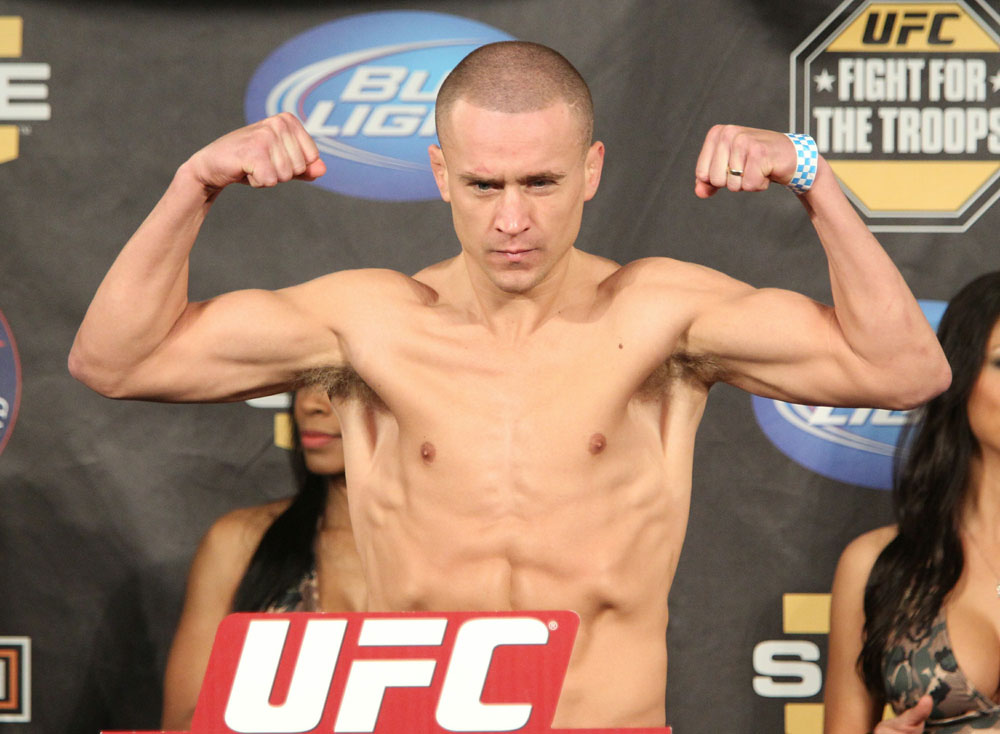 Thamesford's Mark Hominick shocked fight fans in 2006 when he decided to abandon his 2-0 UFC record and go back to the featherweight division on the local Canadian circuit and then to the Affliction promotion before settling in with the WEC. But it was a move of great foresight, as Hominick's career took off in the WEC, with his three consecutive wins over Bryan Caraway, Yves Jabouin, and Leonard Garcia being a perfect segue into his UFC return in January, where he earned himself a shot at featherweight boss Jose Aldo with an 88 second TKO win over George Roop. At UFC 129, he gets the opportunity to become only the third Canadian to win a UFC title.

With a 3-4 record, you may wonder how Newton gets such a lofty ranking. But the talented and charismatic ‘Ronin’ is a former UFC champion, and three of those four Octagon losses came to Matt Hughes (twice) and Dan Henderson. More importantly, while we’re judging Octagon performances here, guys like Newton were handicapped a bit by the fact that the UFC wasn’t running shows at the rate it is now. If a prime Carlos Newton was able to compete in the Octagon three or four times a year, his record might be a little different. Case in point, let’s say Newton’s prime was from 2000 to 2003. During that time, he went 2-2 in the UFC, beating Pat Miletich and Pete Spratt and losing twice to Hughes. Outside of the Octagon during that period, he went 5-2, beating the likes of Jose Landi-Jons, Johil de Oliveira, and Renzo Gracie, losing only to future middleweight champs Dave Menne and Anderson Silva. Newton was the real deal.

The no-brainer of no-brainers. With 15 UFC wins (10 more than his closest competitors on the all-time Canadian UFC win list, Jason MacDonald, Sam Stout and Mark Bocek), two UFC welterweight titles, and a cemented place in the upper reaches of the mythical pound for pound list, St-Pierre is the best of the best when it comes to Canadian MMA. Owner of victories over Hughes (twice), BJ Penn (twice), Matt Serra, Jon Fitch, Josh Koscheck (twice), and Thiago Alves, St-Pierre already has a stellar resume, and if his December 2010 win over Josh Koscheck is any indication, he’s showing no signs of slowing down either.

Record of Canadians in Championship Fights

Most Fight of the Night awards

Most KO of the Night awards

Most Submission of the Night awards

Canadian vs Canadian Fights in UFC

Record of Canadians in UFC debuts