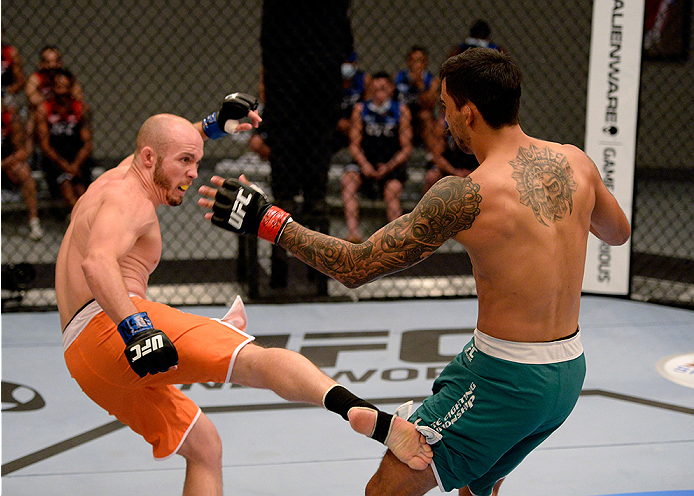 For a young man once bullied, it was the ultimate revenge. There were no fistfights involved, no violence of any sort, but when UFC flyweight Bentley Syler ran into the two people who bullied him as a child, just knowing that he wasn’t the same eight-year-old he was back then was enough.

“We just shook hands and one of them laughed and said ‘you know it’s funny that we would bully you in school and now you can kick our butts,’” Syler recalled. “We laughed about it, but it was kind of shocking to see him and to actually hear him say that. We’re different people now. We were little kids then. But to hear him say that, it was satisfying and it was a mark to show me that I’m in a completely different situation and in a completely different life now than I was when I was a kid. Life really does change and take turns.”

Back then, the native of Santa Cruz, Bolivia used martial arts to help him escape, to teach him self-defense and also give him a safe haven from the bullies. That love never went away, even as he grew up and went through medical school, eventually graduating from UCEBOL (Universidad Cristiana de Bolivia) and becoming a general medicine practitioner. 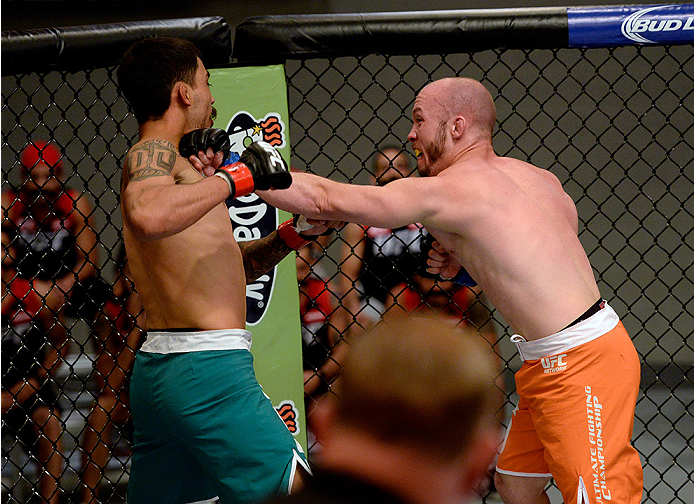 Yes, the same 32-year-old fighting in the Octagon against Fredy Serrano this Saturday in Rio de Janeiro, Brazil is a doctor. Not that he’s using his education at the moment.
“I’ve always loved fighting,” he laughs when asked why he would choose prizefighting over medicine, at least for the moment. “It’s always been a passion and a part of my life. I went through medical school, and when I graduated, I was 28 and I knew that to make it somewhere in fighting, if I really wanted to pursue that dream, it had to be right then and there, and here I am. I made the move to the United States and climbed up the ladder.”

Now fighting out of the American Top Team gym in Coconut Creek, the aptly nicknamed “Dr. Bolivia” is 5-0 as a pro mixed martial artist and fresh off a stint on season one of The Ultimate Fighter Latin America. The Team Werdum member lost his opening fight on the series to Jose Quinonez, but he has nothing but good memories from his stint on reality television, especially that part where he had no access to the outside world.

“I learned a lot,” Syler said. “I realized how valuable certain things were for me, and you miss your family and you miss your people. I also learned how without any communication, life really slows down. It is a different style of life completely. First, you find yourself kind of anxious, looking to where your phone is or what’s going on, and none of that’s there, so you kind of take the time to relax and enjoy the moment and talk to people and really get to hear their stories and their lives. It was a quite interesting experience.” 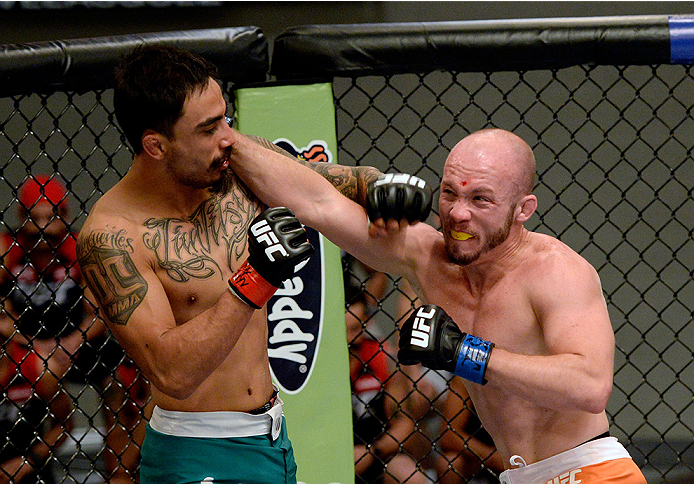 “I do kinda miss the days of TUF.”
That is a sentiment likely unique to Mr. Syler, one of many things that set him apart from his peers. Of course, the one pressing attribute is that since he’s just making his UFC debut at 32, the assumption is that he’ll have to push things faster than most if he wants to reach the top of the 125-pound weight class. But that’s fine with him.

“I feel like I do have the time clock running against me, but I’m extremely happy to be here,” he said. “Things happen the way they do, and here I am to give it my best and to really push through it like I have throughout my whole life, and I’m really looking forward to doing it as quick as I can, get up there in the ranks and be world champion one day.”

It should go without saying, but Syler’s journey to this point is an inspiring one. He was a bullied kid who found salvation in martial arts, then he went on to become a doctor before returning to martial arts to chase a dream of a world champion. And he’s done it all as the son of a nation not particularly known for producing world-class fighters. But Bolivia is most certainly in his corner. 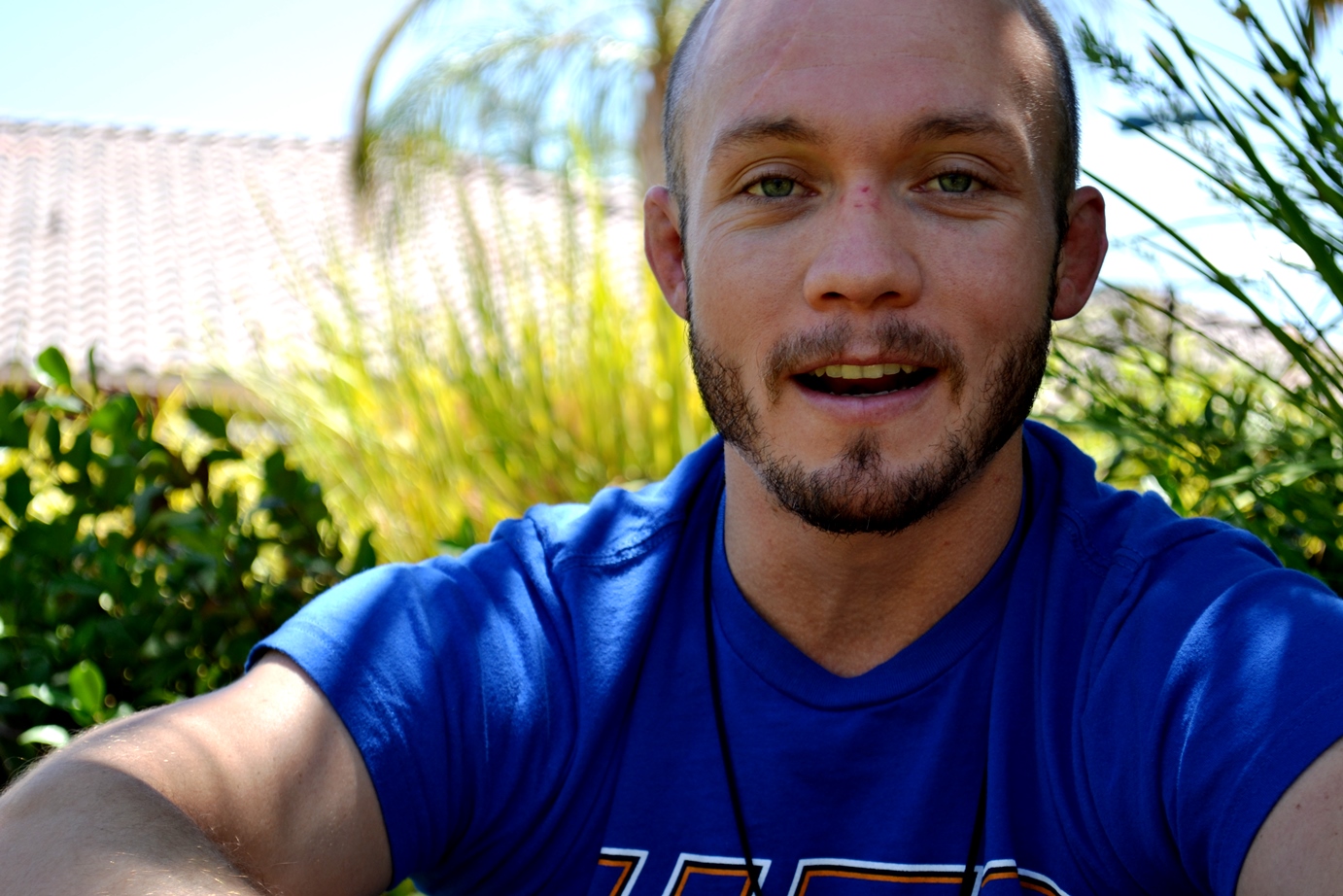 “Every time I go back there I feel the support of the people,” he said. “People on the street stop me, they talk to me and take pictures, and they always have good things to say. It feels great that the crazy decision that I did make, at the end was the correct one, I think. And the inspiration that I’m giving to many of the people back home, I think it’s worth it. So I’m very happy at how things have come out.”

And he’s got a message for those who once stood where he did.

“I have come across kids that have had a similar problem,” Syler said of being bullied. “I wasn’t born with athletic ability. Athleticism wasn’t something that was in my genes, but I pushed so hard for it that I just made it happen. Eventually, if you really want to get to a certain spot, you will if you really believe in yourself and work at it.”
> Check out the full UFC Fight Night: Maia vs. LaFlare fight card