Benitez hoping for an exciting, striking matchup against Knight 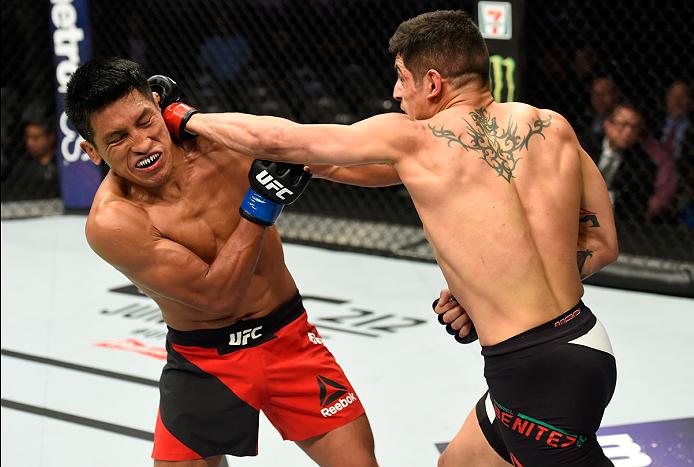 Gabriel Benitez punches Enrique Barzol during their featherweight matchup at UFC 211" align="center" />
Ask fighters about the difference between competing on the regional circuit and stepping into the UFC Octagon and most will hit you with something along the lines of “at the end of the day, it’s still just a fight.”

While that is true about the night they stride into the cage and trade blows in search of glory, the reality is that competing on the biggest stage in the sport is an entirely different animal than grinding out a career in smaller shows. And the process of figuring that out and finding your comfort zone can be long and arduous.

Gabriel Benitez had 20 fights before landing on Team Velasquez during Season 1 of The Ultimate Fighter: Latin America. Despite coming away on the happy side of the results in 16 of those contests and showing promise on the international edition of the long-running reality TV competition, his transition to the UFC’s featherweight division has been an uneven process.

After winning his first two appearances, the 29-year-old from Tijuana, Baja California, Mexico has gone 1-2 over his last three fights, sandwiching a win over Sam Sicilia between losses to Andre Fili and Enrique Barzola.

This weekend, Benitez looks to rebound with a victory over Jason Knight, the tough-as-nails Mississippi native who sits at No. 15 in the rankings, and believes the lessons he’s learned and changes he’s made over the last several years will start to shine through.

“This Saturday, the people will see my evolution as a fighter because I’ve trained so hard and my mind changed a lot,” said Benitez, who has continued to train with the all-star cast at American Kickboxing Academy since connecting with them on The Ultimate Fighter. “Before this, when the fight comes, I try to lose weight and get better, (whereas now) it’s about 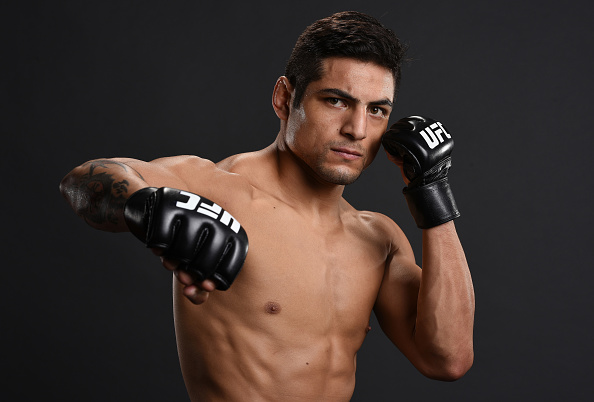 getting better and then losing weight. I feel super-different. I feel good.”

Benitez points to his loss to Barzola earlier this year at UFC 211 as an example of when his previous approach hampered his performance.

He started well, showcasing the aggressive striking style that helped him earn victories over Humberto Brown and Clay Collard to begin his UFC run, but after the opening five minutes, “Moggly” began to tie and the talented Peruvian Barzola picked up the pace and cruised to a unanimous decision win.

“In my last fight, I feel like I gave up a handicap to the other fighter,” said Benitez, who carries a 19-7 record into his showdown with Knight in Northern California this weekend. “I felt a little tired from cutting too much weight, but now I feel super-good. I learn in every fight and now I feel super-good.”

He also feels no pressure as he prepares for the first main card assignment – in the co-main event no less – of his UFC career, as while both he and Knight are coming off losses, it’s the Alan Belcher protégé who has a place in the rankings to defend.

“I feel excited about this fight because it’s the ticket for the top,” said Benitez, who envisions an upset victory on Saturday catapulting him into the thick of the chase in the highly competitive featherweight division. “I don’t feel like I have pressure because I don’t have a ranking. Jason Knight is in the Top 15; he has all the pressure. I feel very comfortable.”

He also feels like a matchup with the all-action fan favorite is tailor-made to entertain the masses at Save Mart Center on Saturday.

“People like striking fights more than anything,” said Benitez, who hopes for a standup battle with the Mississippi native, who is coming off a first-round stoppage loss to Ricardo Lamas at UFC 214 this summer. “He’s an exciting fighter and I’m an exciting fighter too.

“I think it will be an exciting fight for the people because I’m a striking guy and Jason Knight likes the standup, but he’ll try to go for the takedown. I know Jason is not able to stay in the standup with me; he’ll try to take me down, but I’m prepared for everything. If he tries to take me down, I want to maintain my distance, and if the fight goes to the ground, I’m ready for that. I feel very good everywhere.”