Lightweight Contenders Beneil Dariush and Mateusz Gamrot Meet On The Main Card At UFC 280: Oliveira vs Makhachev, Live From Abu Dhabi on October 22
By Kevin Schuster, on Twitter @KevinESchuster • Oct. 8, 2022

UFC 280: Oliveira vs Makhachev is one of the most anticipated events this year, headlined by a massive lightweight title bout between former champion Charles Oliveira and surging contender Islam Makhachev.

UFC 280 also hosts bantamweight champion Aljamain Sterling defending his title against TJ Dillashaw, and Petr Yan taking on rising star Sean O’Malley. But amidst all these great matchups is another can’t-miss lightweight bout on the main card between Beneil Dariush and Mateusz Gamrot.

The UFC veteran Dariush came into the UFC in 2014 undefeated, with only one decision win to his name. Winning eight of his first 10 fights inside the Octagon, Dariush was on the come-up, and it wouldn’t be much longer until fans saw him inside the rankings as an elite contender. Then, in March 2017, Dariush had an unfortunate 12-month stretch that saw him go winless in three consecutive bouts, including two knockout losses to Edson Barboza and Alexander Hernandez.

Then came a resurgence. A series of bonus-earning performances and highlight-reel finishes shot Dariush straight back into the rankings. The last time fans saw him inside the Octagon was in May 2021, against the seasoned veteran and always dangerous Tony Ferguson. Testing his grappling against a feared submission threat, Dariush made a statement that he can dominate most opponents if the fight hits that mat, amassing over 12 minutes of control time in the three-round bout. 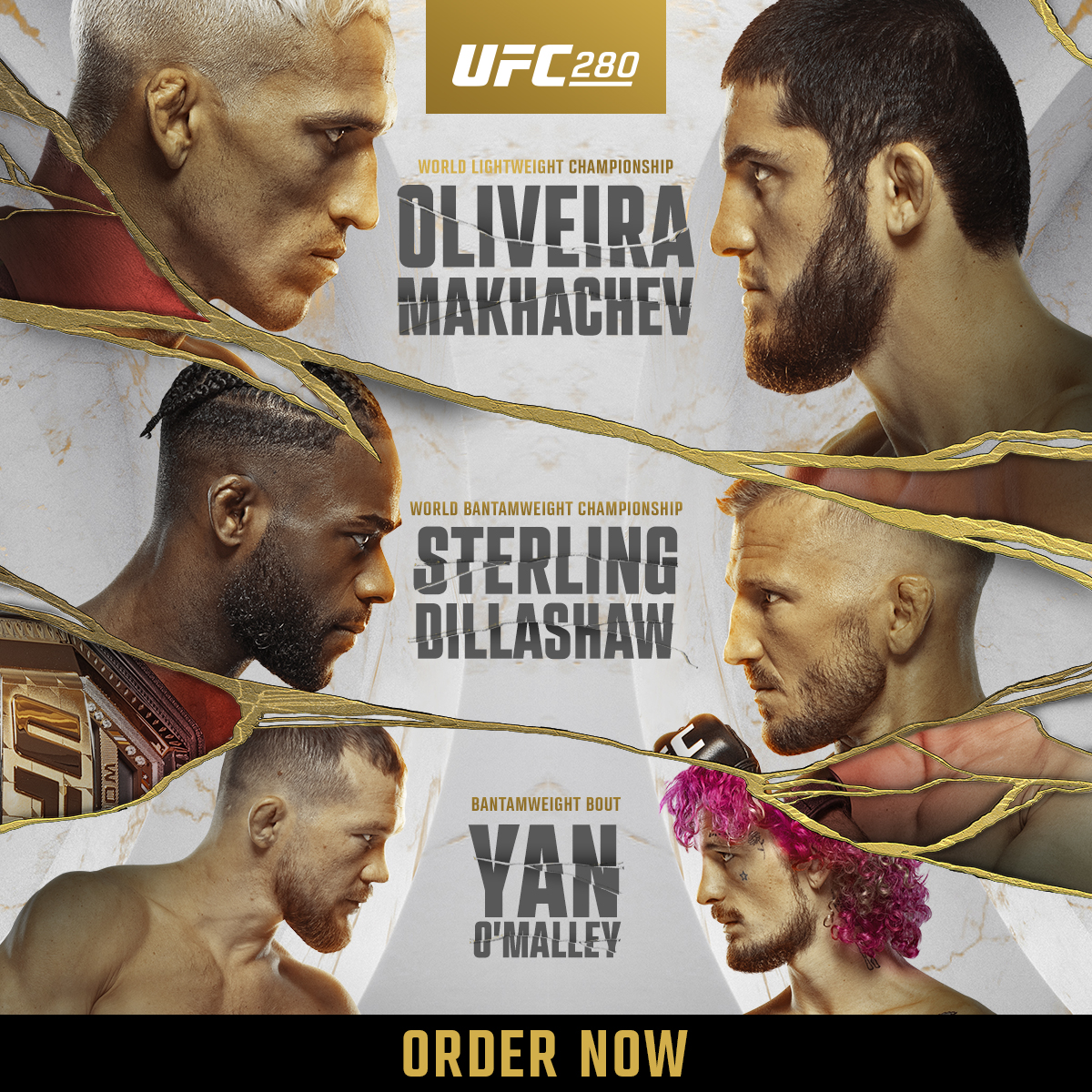 That performance received shouts by many fans that Dariush was one fight away from title contention. Dariush was scheduled to face Makhachev at the end of February; however, an ankle injury forced him out of the contest and saw him watch from the sidelines as the No. 4 contender plowed his way through short-notice opponent Bobby Green en route to a title shot.

Now a year-and-a-half removed from his fight against Ferguson, Dariush sits outside the title picture and needs an impressive win to get his name back in the mix alongside the likes of Michael Chandler and Dustin Poirier. One way to do that would be dominating UFC 280: Oliveira vs Makhachev opponent Mateusz Gamrot.

In June, Gamrot collected his biggest win to date and fourth consecutive since coming to the UFC in 2021. At UFC Fight Night: Tsarukyan vs Gamrot, Gamrot challenged Arman Tsarukyan in his first UFC main event. Starting out slow, with Tsarukyan having a slight advantage through 10 minutes, Gamrot picked up the pace and utilized more of his wrestling in the second half of the bout.

Being out struck ever so slightly, Gamrot’s control time added up, and as the rounds went on it seemed that he was turning the tide and on his way to winning the fight. The judges agreed; all three giving Gamrot the last three rounds and a 48-47 unanimous decision victory.

This win broke Gamrot into the Top 10, making him a perfect matchup for the current No. 6 contender Dariush, who hasn’t competed in a year-and-a-half. Both athletes have potential to be the best in the world, and they both get the opportunity to prove it on the main card at UFC 280: Oliveira vs Makhachev on October 22.

UFC 280: Oliveira vs Makhachev took place live from Etihad Arena in Abu Dhabi on October 22, 2022. See the Final Results, Official Scorecards and Who Won Bonuses - and relive the action on UFC Fight Pass!