Beneil Dariush is on The Hunt

Lightweight Veteran Firing On All Cylinders Ahead Of UFC Vegas 18 Bout vs Ferreira
By Gavin Porter, on Twitter: @PorterUFCnews • Feb. 5, 2021

There are only two athletes in the UFC who have finished their last four opponents. Those two fighters are heavyweight juggernaut Francis Ngannou and determined lightweight contender Beneil Dariush.

And it’s not like Dariush’s finishes have been your average knockouts or submissions.

Dariush’s dramatic comeback knockout of Drakkar Klose was so wild it earned him the UFC Honors award for Comeback of the Year and caused a viral reaction out of commentators Daniel Cormier and Joe Rogan. 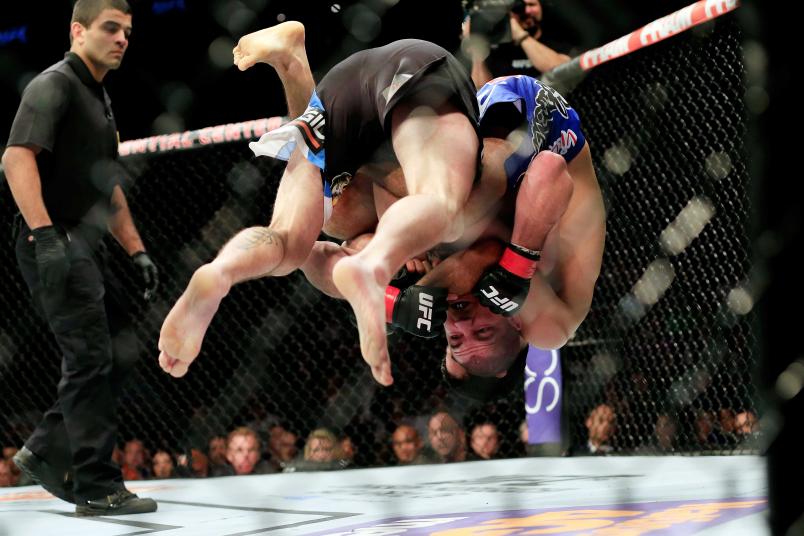 How did he follow that performance up? With a walk-off spinning backfist knockout against Scott Holtzman, that’s how.

On Saturday at UFC Fight Night: Overeem vs Volkov, Dariush (19-4-1) will have the opportunity to add to his five-fight win streak when he faces fellow contender Diego Ferreira. The lightweight showdown is actually a rematch from 2014, when Dariush was able to earn a unanimous decision over the Brazilian.

It’s a critical fight for both men, with the winner likely getting a crack at the top five of the always stacked 155-pound weight class. And while getting a shot at one of the division’s elite has always been the goal, Dariush won’t waste any more energy trying to lock down a fight with the top five.

He’s just going to hunt them down one-by-one until he can’t be denied.

“God willing, the fight goes well with Diego and I win, and nobody is injured, I would like someone top five or top three, but I said this after my win over Scott Holtzman. I said, ‘Man I’m not begging anymore; I’m tired of it.’ Whoever they put in front of me, I’m going to treat them like I’m fighting the champion and I’m going for the kill. It’s that simple,” Dariush told the media during UFC’s Virtual Media Day on Thursday. “If you want to put a new guy in front of me, guess what, when I beat him, he is going to be discouraged. If you want to put a veteran in front of me, he is going to get beat. If you put the champ in front of me, doesn’t matter, he’s going to get beat. I’m the guy right now and that’s just how I look at it.” 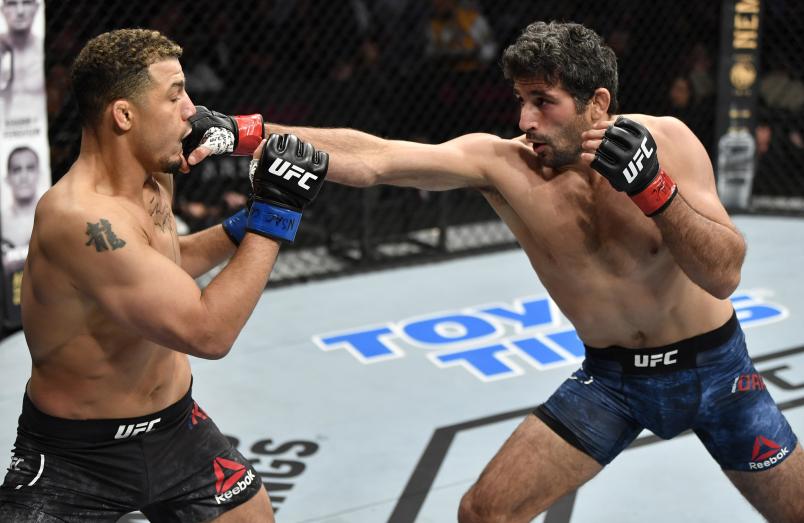 Dariush’s frustration is reasonable, considering the fact that the Kings MMA product has struggled to land those “big name” fights after stringing together stellar performance after stellar performance. But as he starts to get frustrated, he thinks about another fighter that had to put together an insane win streak before he received the recognition that he deserved.

That means Dariush’s sights are set on doing something he failed to do nearly seven years ago – finish Diego Ferreira.

“I think he has evolved 1,000%. I think he has coaching and a new staff that takes care of him and it looks like they’re a tight group and you can see the improvements everywhere. I’m grateful for that. I wouldn’t want to fight the same Diego because if I fought the same Diego then it would be the same fight as before and I don’t want that,” said Dariush. “I’m fighting a new person. This Diego today is not Diego of 2014. It’s not him; it’s just a different guy. You can tell mentally, physically and spiritually he has improved in all aspects. I don’t even view this fight as a rematch.” 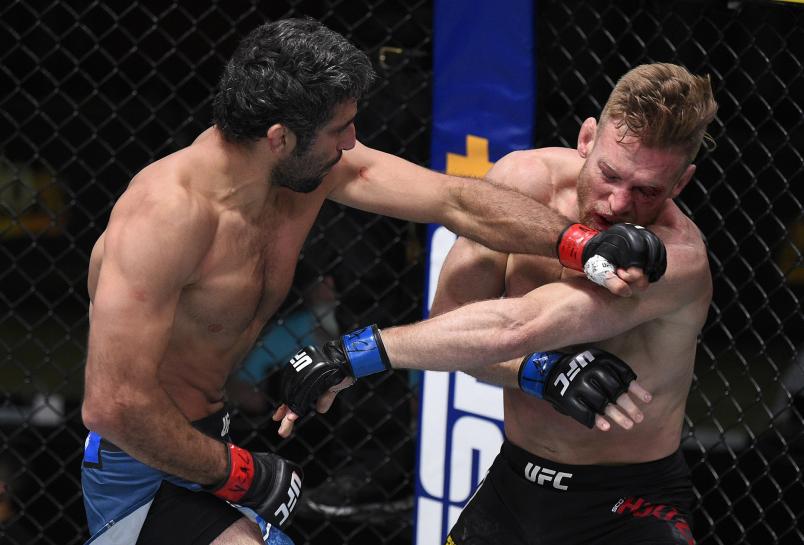 Scoring yet another finish vs Holtzman, August 08, 2020 in Las Vegas, Nevada. (Photo by Chris Unger/Zuffa LLC)

Since they clashed back at UFC 179, the only other contest that Ferreira has dropped was to former interim lightweight champion Dustin Poirier. After that loss, Ferreira cleaned up his game and has been on an absolute tear, racking up six wins in a row over the likes of Rustam Khabilov, Mairbek Taisumov and Anthony Pettis.

Those big wins earned Ferreira a number 10 ranking in the division and set up his first Top 15 showdown with the 13th ranked Dariush.

The matchup with Ferreira isn’t a fight that Dariush expected would end up happening again, especially right now. The truth remains that he just wants to keep fighting and keep winning. That type of patience is something that Dariush has had to work on since making waves in the UFC. He was immediately a fighter that people had high expectations for, and while he had some great success early in his career, he would face adversity time and time again.

“Two years I went without a victory. I had a loss, a draw and then another loss. It was the hardest time in the life but at the same time it made me who I am right now,” said Dariush. “It was so bitter but right now it is sweet. It’s the thing that stands out the most [in my UFC career], and because it was the lowest of the lows, I appreciate the highs so much more.”

That refined outlook has created the Beneil Dariush you will see in the UFC APEX on February 6. He’s confident, he’s patient and he’s expecting to make a statement by taking out another lightweight dark horse.

“It’s not an easy fight and I recognize that now and I don’t want it to be close like the last fight,” said Dariush. “I want people to say, ‘Why did we even match these guys up again?’”

Watch Dariush and Ferriera run it back at UFC Fight Night: Overeem vs Volkov, which airs on ESPN+ at 8pm ET / 5pm PT.