Beneil Dariush enters 2023 at a major crossroads in his MMA career.

What’s next in the eyes of Dariush is simple; he just wants to compete with the best in the world and see where he stacks up.

If that’s current UFC lightweight champion Islam Makhachev or another top contender like Dustin Poirier or Charles Oliveira, then so be it, as Dariush will be happy to oblige. 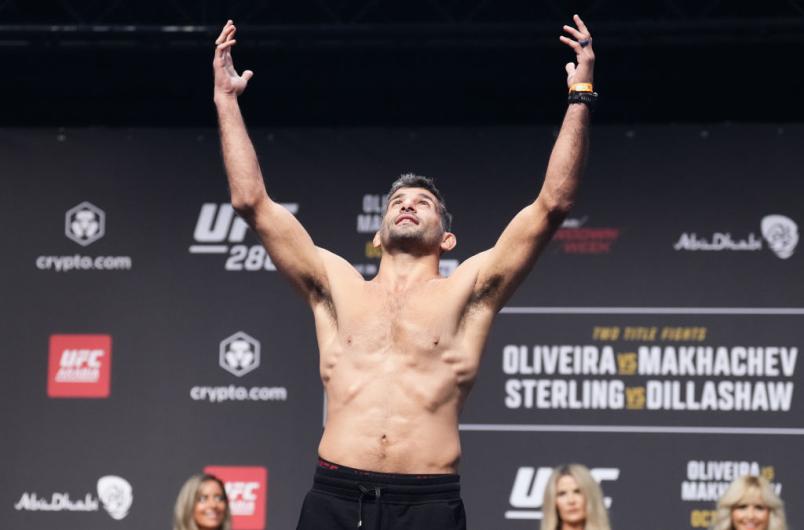 Beneil Dariush of Iran poses on the scale during the UFC 280 ceremonial weigh-in at Etihad Arena on October 21, 2022 in Abu Dhabi, United Arab Emirates. (Photo by Chris Unger/Zuffa LLC)

“At this moment as we start 2023, my legacy is a question mark because there are two ways it could go,” Dariush told UFC.com. “If I continue to fight the toughest guys - I don’t necessarily mean that in terms of the rankings - and I defeat them, I could step into greatness.”

“If I fail, then my legacy becomes, ‘What if he had done this instead?’ That’s where I’m at.”

It’s a position that Dariush is happy to be in. And although he believes he’s done enough to lock up a chance at the lightweight title, he’s not the type to sit on the sidelines and wait around.

That’s why he’s not going to concern himself with what happens at UFC 284 when Makhachev faces UFC featherweight champion Alexander Volkanovski for the lightweight belt.

“I don’t know what UFC’s gameplan is for me. I don’t know if I’m ever going to fight for that belt. I have the option of waiting and fighting the winner, but if Volkanovski wins and decides to defend his featherweight belt, I might end up waiting a whole year and maybe I end up fighting in 2024,” Dariush explained. “I don’t think there is anybody who can jump in front of me right now, but my job is winning fights, so let’s fight Dustin Poirier or Charles Oliveira. March is a good timetable for me. 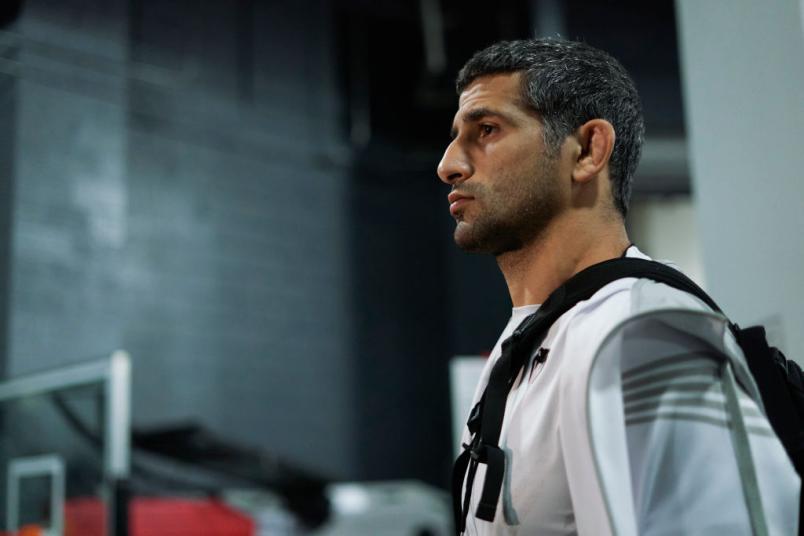 Beneil Dariush arrives backstage during the UFC 262 event at Toyota Center on May 15, 2021 in Houston, Texas. (Photo by Cooper Neill/Zuffa LLC)

“I like fighting,” he continues. “I get bored not fighting. I get bored not preparing for an opponent. This is my job and I want to do it. That’s it. It’s not about money or guaranteeing the title shot, it’s that I want to fight the best guys in the world. I think Dustin Poirier or Charles Oliveira are those guys.”

The desire fighting the best in the world led Dariush to his UFC 280 bout with the surging Mateusz. He also decided to take that fight on the card because he wanted to be the backup for the lightweight title bout between Makhachev and Oliveira should anything happen.

But he found out that spot belonged to Volkanovski and didn’t quite know how to react.

“In the moment, I felt like it was definitely weird, and I was frustrated, I’ll be honest with you. I get why they did it. Volkanovski is the pound-for-pound king, but the timing was terrible for me,” Dariush said. “I seem very cool-headed but if you push the right buttons or say the right things, I’ll probably try to take your head off right there. So, after I found out the news and I cooled off, I said to myself, ‘What difference does it make? I just have to win my fights.’ It was all good and look how well it turned out.” 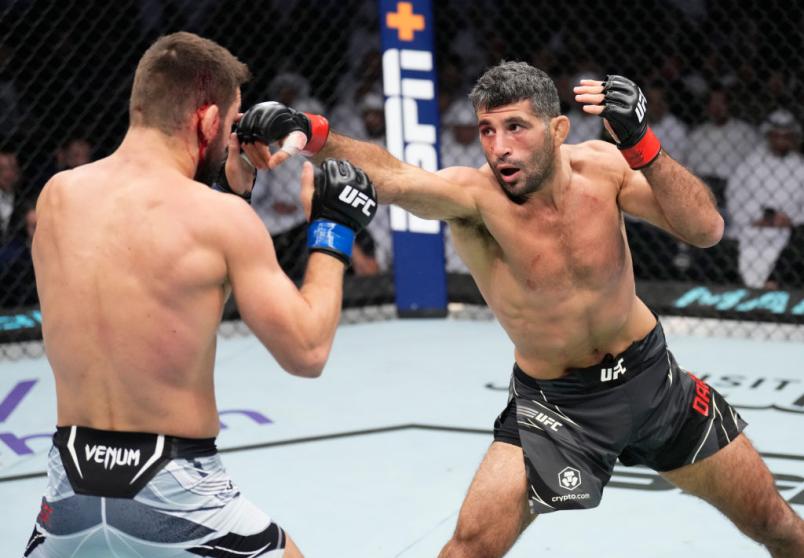 Beneil Dariush of Iran punches Mateusz Gamrot of Poland in a lightweight fight during the UFC 280 event at Etihad Arena on October 22, 2022 in Abu Dhabi, United Arab Emirates. (Photo by Chris Unger/Zuffa LLC)

Dariush came back from Abu Dhabi with the win and a spot as one of the clear-cut top lightweights on the planet. He’s since turned his attention toward training for a new opponent and will have his eyes on what happens between Makhachev and Volkanovski at UFC 284.

“I believe Makhachev will win, but Volkanovski has the potential to do it. Stylistically, he has all the tools for the standup, but I don’t know his tools in the ground game. I don’t know how much he can improve in his camp, but it will be interesting to see how he handles Makhachev’s pressure. Right now, I’m leaning Makhachev, but I’m also just really excited to see such an interesting fight,” Dariush said. “Makhahcev is an unsolved puzzle and I want to solved it. But so is Volknaovski; no one has gotten close other than what Max (Holloway) did in the second fight.”

Regardless of that result, he’ll be looking to step into the Octagon with the most dangerous opponent possible.

“I don’t have a ton of time left in my career, so this is my chance.”