Ben Saunders: A Killa B in the Windy City 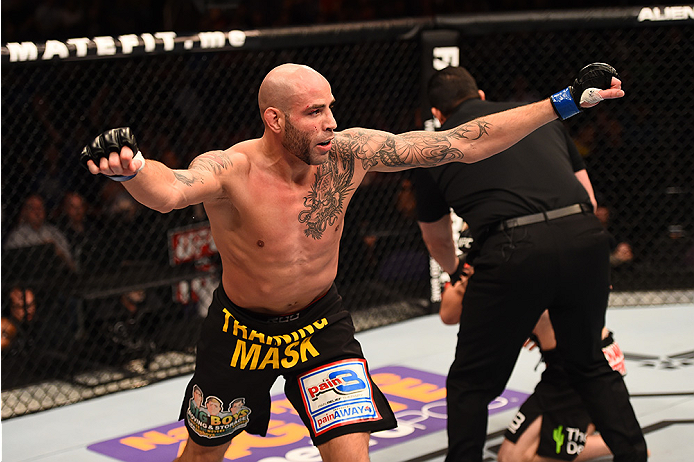 No matter how hard a fighter works in the gym, or how much natural talent he possesses, the only way to acquire experience in the fight game is to step out under the bright lights and go to battle. Furthermore, there are certain times in every fighter’s quest for experience that become turning points in a fighter’s trajectory, and can be revisited as the evolutionary process continues.

For Ben Saunders, that fight came back at UFC 111 in 2010. “Killa B” was coming off an impressive performance where he flexed his signature Muay Thai skills to put away veteran scrapper Marcus Davis, and decided to take a short notice matchup against then-perennial contender Jon Fitch. In the fight with the AKA product, Saunders saw a tremendous amount of opportunity to jump up the crowded welterweight ranks, but the end result was an education that changed his perspective for years to come.

Even though the fight came early in his career, Saunders had already established himself as a dangerous striker inside the Octagon, and was equally confident in his ability 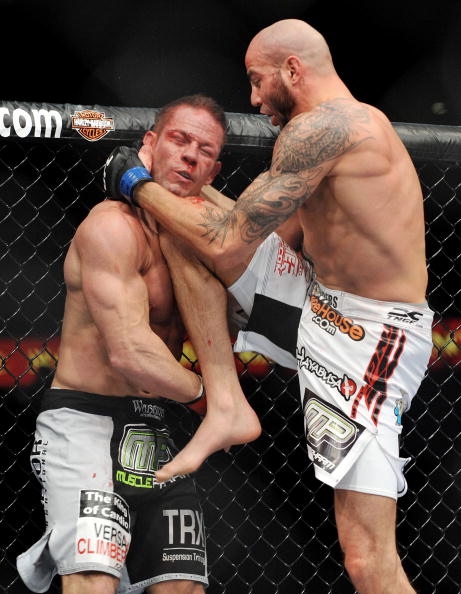 to finish any opponent he faced on the canvas. Yet, what occurred that night - no matter how stale the action ended up being - was Saunders being taken down and controlled for nearly every minute of the three-round affair.

That fight served as an eye opener for the welterweight finishing machine, as he set forth to improve his game with the mission of never allowing another opponent to ever feel safe with him inside the Octagon. In that regard, the modern day version of Saunders is a reflection of that mission accomplished, as he’s become a versatile threat wherever the fight takes place.

“Man, that fight was such a key moment for me,” Saunders said. “I’ve never had someone be able to nullify my guard and be able to control me so well like that for an entire fight. It made me realize how much I needed to step my game up. I had to if I was ever going to make it to the next level. I still look back at it now, and I was just a baby going up against that guy. He was on a huge winning streak and the only guy who beat him at that time was GSP (Georges St-Pierre).

“That was a great wake-up call and really was a turning point. You have to work on your wrestling and your takedown defense in this game, but what I really wanted was to make my stand-up and ground games so nasty that anyone I face would fear what to do against me. More than anything I wanted to create a style where my opponents would be uncertain as to where they wanted to fight me. Put them in a place where they have to really think whether or not it’s a good idea to do what they plan on doing, and so far so good on that.”

While Saunders would spend several years competing on other stages around the sport, his return to the UFC has been an exciting chapter thus far. The Florida native scored a highlight reel omaplata finish in his first fight back to the biggest stage in the sport, then notched a victory over fellow veteran Joe Riggs in his most recent showing inside the Octagon.

Those victories have sparked a surge of momentum under Saunders and he’s feeling more confident than ever heading into his next bout at UFC on FOX: Dillashaw vs. Barao 2 this Saturday night in Chicago.

The 32-year-old Floridian will square off against Kenny Robertson in a fight that is set to showcase two of the fastest rising fighters in the welterweight ranks. The Illinois native has showcased an improving striking attack on top of an already slick submission game during his recent three-fight winning streak, and the threats Robertson brings to the Octagon have Saunders excited to step in and mix it up.

That said, Saunders believes everything his opponent can do he can do better, and he plans to prove it once the Octagon door closes and the referee steps aside at the United Center on July 25.

“At the end of the day it’s just my continued evolution. Years and years of working to improve are all stacking up,” Saunders said. “I’m on a two-fight winning streak and now

I get this guy Kenny Robertson I have to get past. I know he’s a tough dude, but I’m 100% game, man. I’m very confident in my skill set no matter where this fight takes place. I know I have the technique to put him away.

“I’m sure he’s very confident in his skill set as well. I’ve watched his fights and he likes to fight on the ground. I’m sure he’s been working on his striking and will come into the fight, bite down on his mouthpiece and give his best in the stand-up department, but he’s probably going to try to take the fight to the ground, and he’s going to do everything to make that happen. Or, maybe he just gets knocked out in the process of trying to make that happen and we don’t even get to play on the ground. Maybe that’s what happens, but I can tell you this much, I’m excited to get in there and find out. It’s been an awesome journey to get to this point and I’m ready to keep it going.”

And after Saunders handles business against Robertson in Chicago, he has every intention of putting an offensive attack of a different fashion on the legendary cuisine of “The Windy City.”

“I already know what I’m going to do after the fight and that’s get some of that deep dish pizza I always hear people talking about. I’ve never been to Chicago before but everyone always tells me how great the food is there. I’m fitting to find out for myself, that’s for sure.”