"I still love what I do, and the fact that I’m back in the UFC undoubtedly makes me so happy that no words can even express it." - Ben Saunders 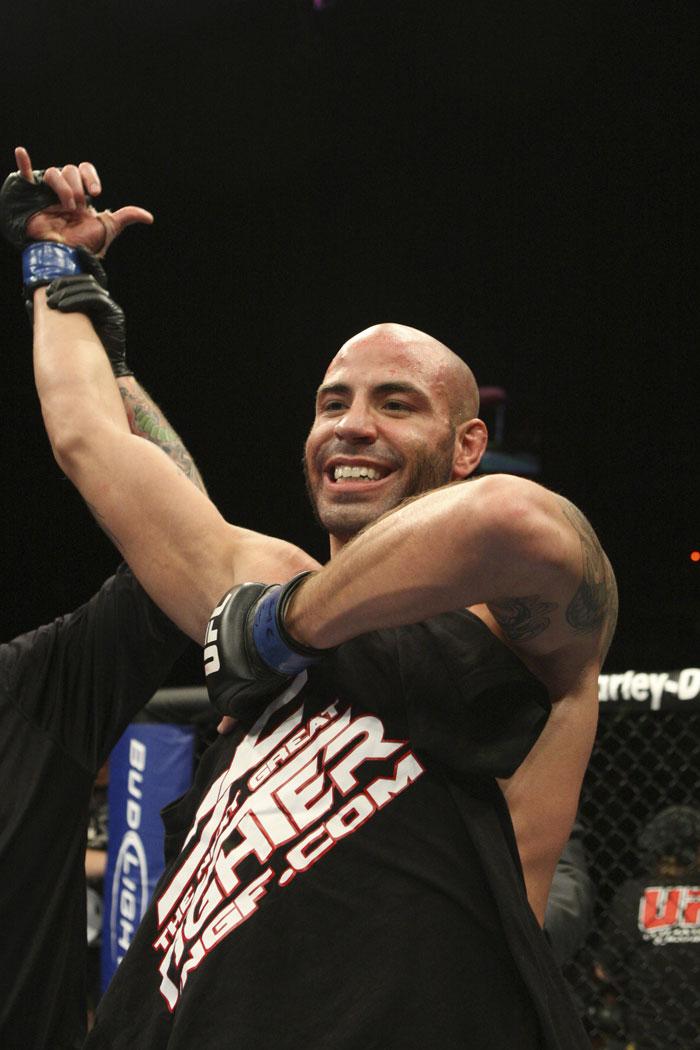 If you had one impression of Ben Saunders’ first run in the UFC back in 2007-10, it would likely be the pure joy he seemed to bring into the Octagon every time he walked through that gate. Forget the fact that he was about to get punched and kicked by the best fighters in the world; when Saunders fought, it truly looked like there was no place he would rather be.

Now he’s back in that place, as he’s returning to the UFC roster after four years and 11 fights away to face newcomer Chris Heatherly on the Fight Night Tulsa card on Saturday. But is the smile still there?

“There have definitely been some things that turned the joy into anger,” Saunders said of his time away. “Not for me, not for my opponents, but things that there’s no real reason to get into. I’ve definitely had different faces in different fights at different times, but the love of fighting, the love of MMA, and the love of the sport in general is still there one hundred percent with me. I still love what I do, and the fact that I’m back in the UFC undoubtedly makes me so happy that no words can even express it.”

If you saw Saunders in the Octagon after his stint on season six of The Ultimate Fighter, it was clear that he was a raw talent, and one likely to stick around for a while in the UFC. But after blasting out of the gate with three consecutive wins, he lost three of his next four, with back-to-back defeats against Jon Fitch and Dennis Hallman prompting his release.

It was an admirable attitude, but when you enter the UFC with just six pro fights, jumping into the deep end of the pool against vets like Fitch and Hallman could do more harm than good. Yet despite being cut, it was expected that with a few wins on the local circuit, Saunders would be back sooner rather than later. The Floridian felt the same way.

“I definitely didn’t think it was going to take this long,” he said. “In my head I was thinking just a few fights, but when I signed with Bellator (in 2011) I was thinking I can put in two years of work over here and make it happen. Unfortunately, things weren’t the way I perceived them to be, and it definitely took way longer than I thought, way longer than expected. But I never stopped grinding, never stopped pushing forward, and at the end of the day, I always knew that the opportunity was going to come back, and I’m just very grateful and very happy that it has.”

8-3 over the last four years, Saunders signed with the Titan Fighting Championships promotion in June, and was expected to fight UFC vet Matt Riddle this Friday night. Riddle withdrew from the bout, and when the “unexpected but very exciting” opportunity came up for Saunders to return to the UFC, Titan granted him his release, and now he’s back, complete with a new focus and outlook on the game.

“I’ve definitely grown up,” the 31-year-old said. “I’ve matured and I’ve been in the game long enough now. In every aspect of the sport I just think that I’m much more knowledgeable now and, on top of that, I definitely have a ton of experience coming back in. I’ve got 11 fights since, so I believe my skill set, my mentality, and everything else is going to enhance my competitive nature in the UFC, and I’m looking forward to seeing what I’m able to accomplish this time around.”

He doesn’t even mind being the “new guy” again.

“It’s not weird, I’m absolutely down with it,” he laughs. “It doesn’t even matter to me if I’m the prelim for the rest of my life. Just being a part of the UFC, it’s the greatest organization and it’s a huge honor. At this point, it took me four years to get back and I’m just happy to be here. I want to get in there and get back on the winning track.”